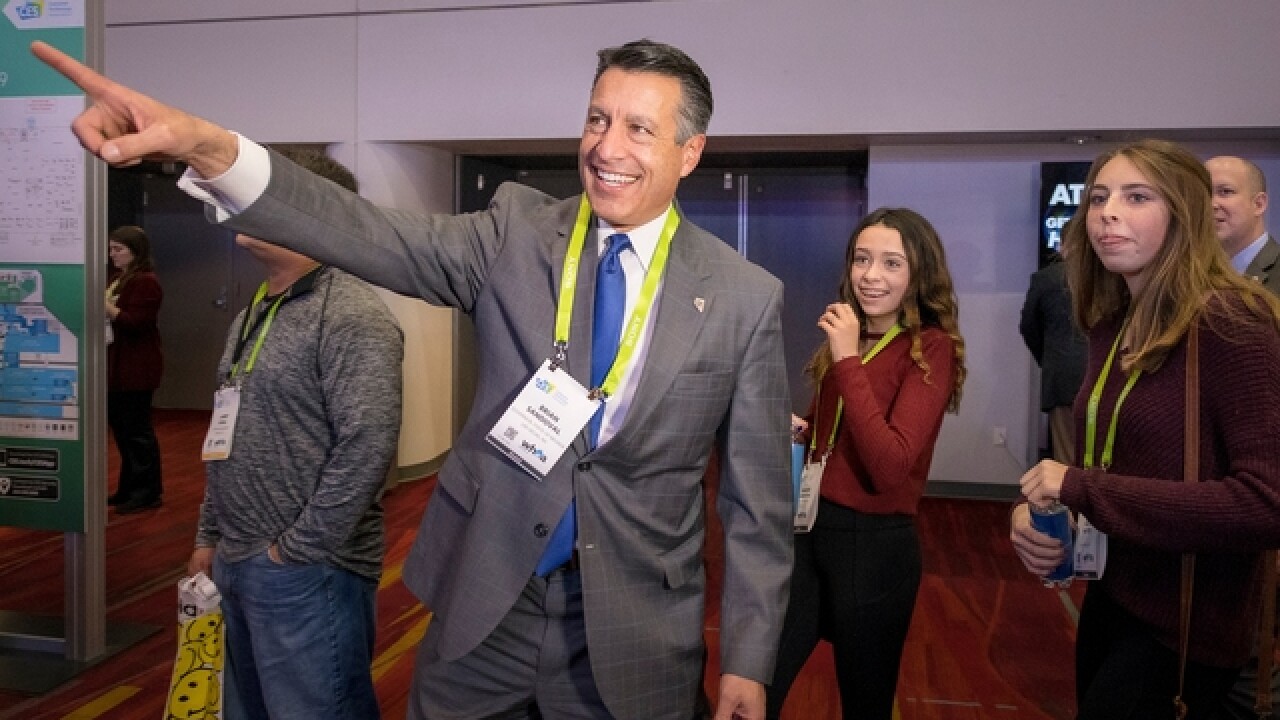 Copyright 2018 Scripps Media, Inc. All rights reserved. This material may not be published, broadcast, rewritten, or redistributed.
Mark Damon/Las Vegas News Bureau
Nevada Governor Brian Sandoval, shows some of the sights of CES to his daughter Marisa Sandoval and her friend Alex Hayes as they tour CES at the Las Vegas Convention Center on Thursday, Jan. 11, 2018.

Sandoval will be leading the company's global expansion efforts, mostly in Japan, and focus on state public policy efforts around sports gaming.

Sandoval completed a state trade mission to Japan in August 2018 and was the youngest-ever chairman of the Nevada Gaming Commission earlier in his career. He left a position as a U.S. District Court judge to run for governor in 2010. He also served as the state's Attorney General.

Sandoval will be leading the efforts in Japan.