Former boxing champ Mike Tyson gets into the marijuana business 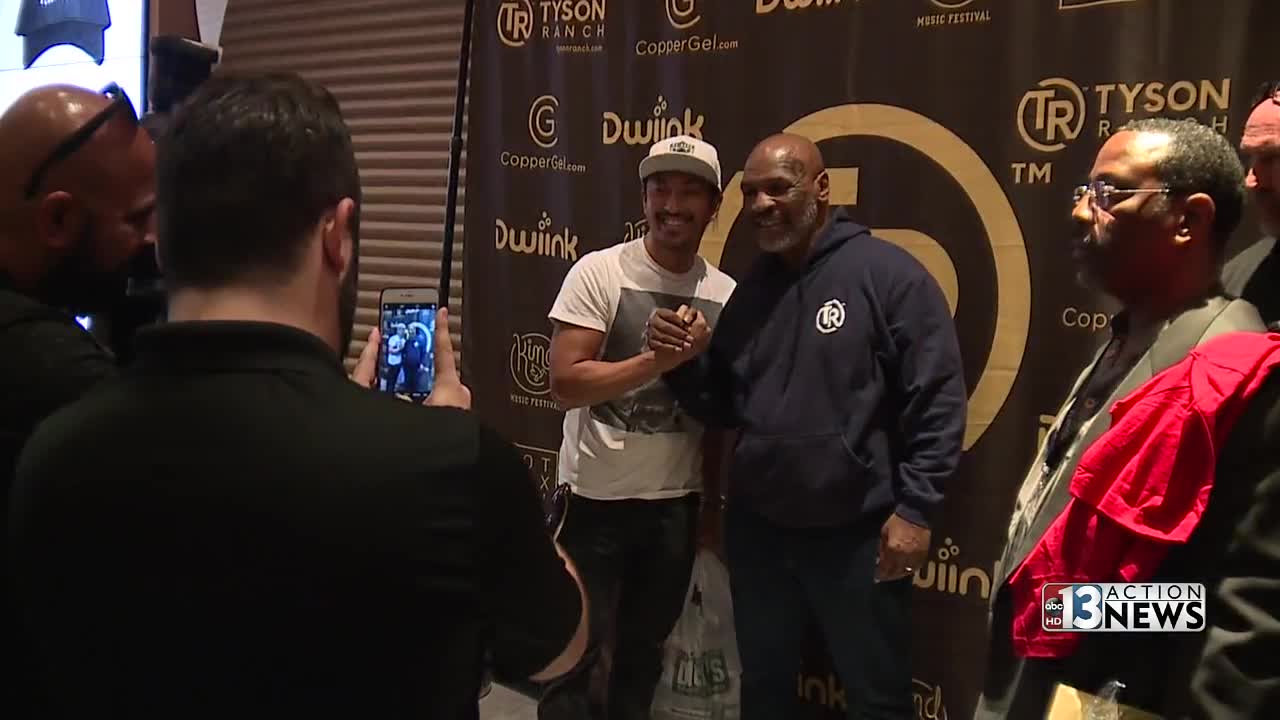 Planet 13, one of the leading Nevada cannabis companies, announced it has signed an agreement with Mike Tyson's cannabis venture, Tyson Ranch, to be the exclusive launch partner of Tyson Ranch products in Nevada.

LAS VEGAS (KTNV) — Nevada's marijuana industry brought in more than half a billion dollars last year, and the latest to throw his hat into the ring is Mike Tyson.

He's teaming up with Planet 13 to exclusively sell his Tyson Ranch cannabis products.

"We aren't the normal dispensary, and we like to showcase that," said David Farris, marketing director of Planet 13.

The former professional boxer, who had a 22-year career, spoke with Action News about his new professional venture.

"My boxing career, my body gave out of me. I had some trauma, psychological trauma," he said. "Getting involved with the cannabis, and the CBD, it took my life to another level from a health perspective, that is," Tyson told Action News.

Nevada is one of 11 states, along with the District of Columbia, with legal recreational weed. Gallup reported last year that two in three Americans now support legalization. And Tyson said his mission is to make cannabis universally understood.

"It's a no brainer. It's the future. It's going to work. There's nothing that anyone can do about it," Tyson said.

In addition to his products, Tyson is working on launching his 400-acre marijuana resort by the same name, Tyson Ranch, in California's Mojave Desert.

Crowds wait to see ⁦@MikeTyson⁩ in #LasVegas @planet13lv as he launches Tyson Ranch cannabis line. Tonight at 11 on @KTNV Tyson tells me why he’s in the pot biz, discusses opioid crisis, legalization and more. #ActionNews
(*For use only by adults 21+ in Nevada.) pic.twitter.com/XCytfOltT3