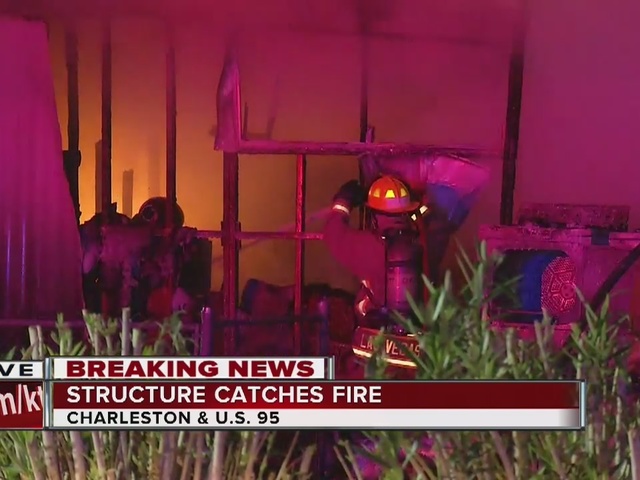 Firefighters continue to battle the flames of a mobile home fire on Monday. 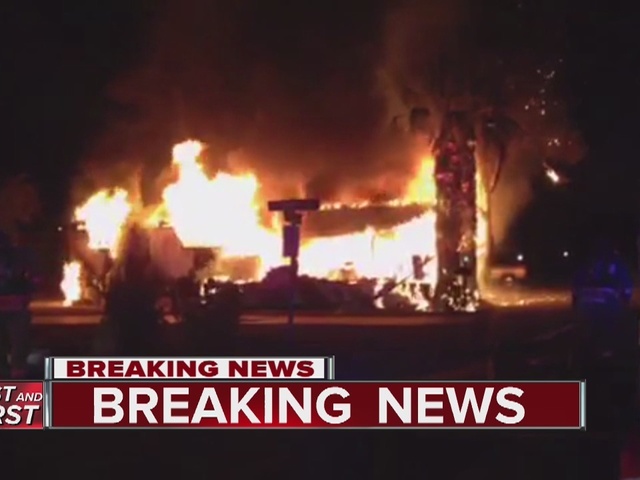 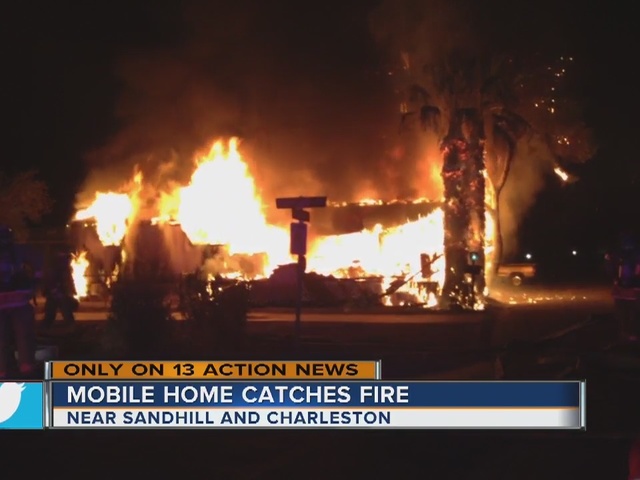 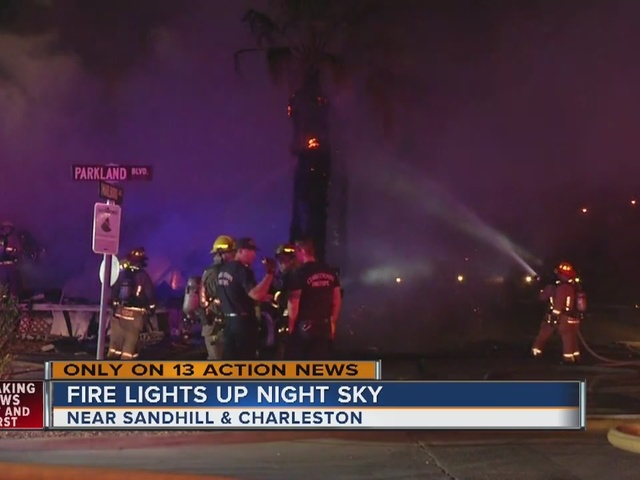 By: Parker Collins
Posted at 5:51 AM, Sep 05, 2016
Firefighters battled a mobile home fire Monday morning at 1601 Sandhill Road.
The fire began around 5:15 a.m. and quickly spread to nearby homes. Fire crews were able to extinguish the flames by 5:33 a.m.
Officials say the mobile home was vacant. No injuries were reported.
Damages have not been estimated.

Just got to the scene. @KTNV pic.twitter.com/BF7wB5VKoP

Trailer is on fire. @KTNV pic.twitter.com/mBKt2p5t1K

No injuries. Other homes damaged, not destroyed. @KTNV pic.twitter.com/7z8kNW6t68