LVFR: 'Fireworks cannot be ruled out' 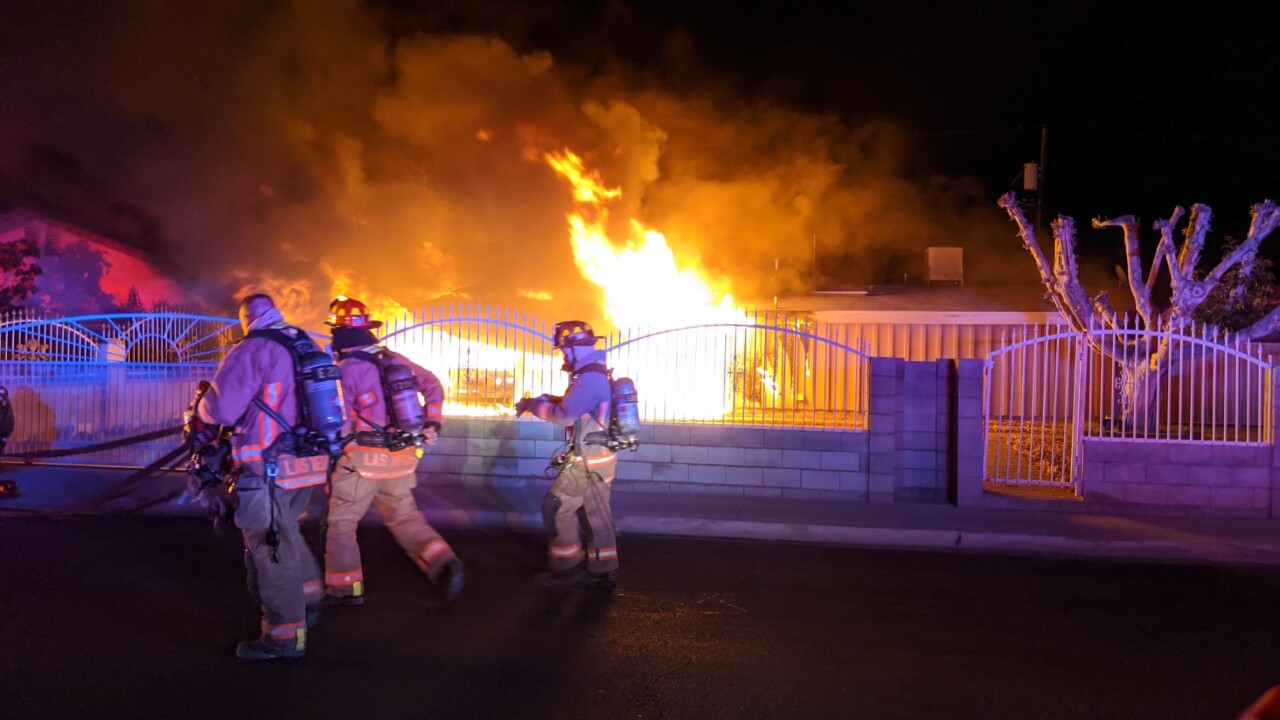 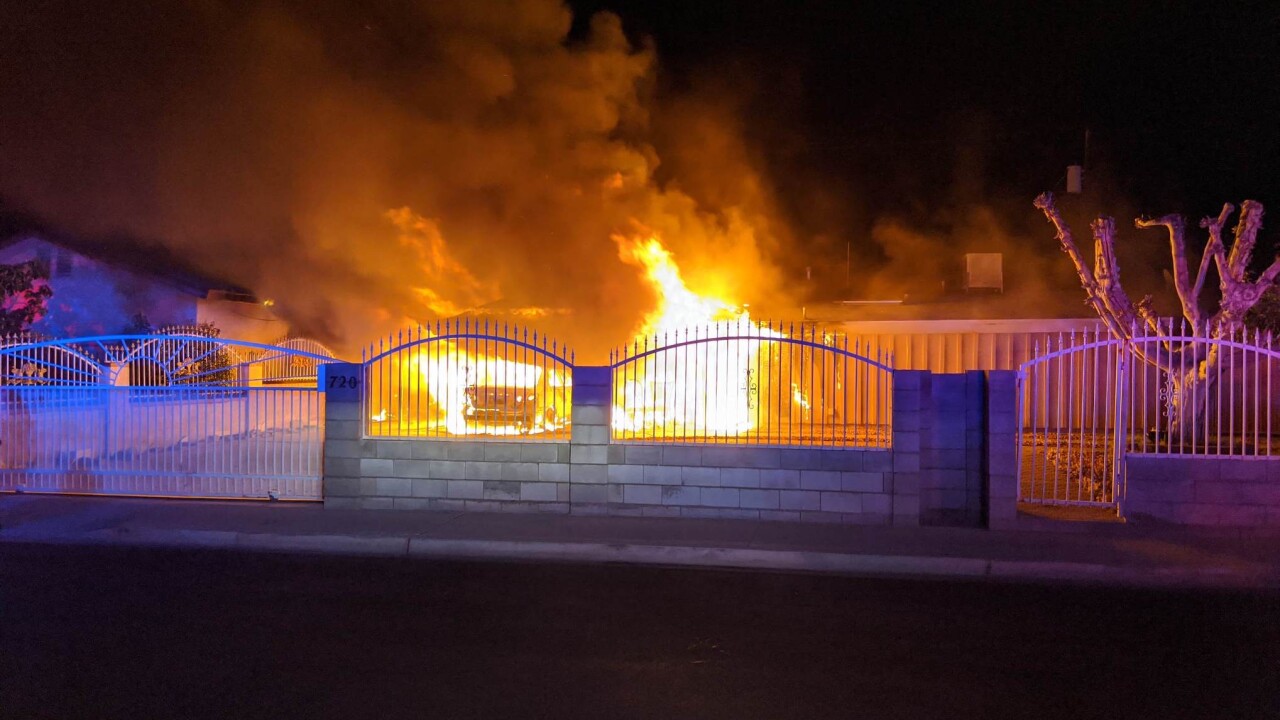 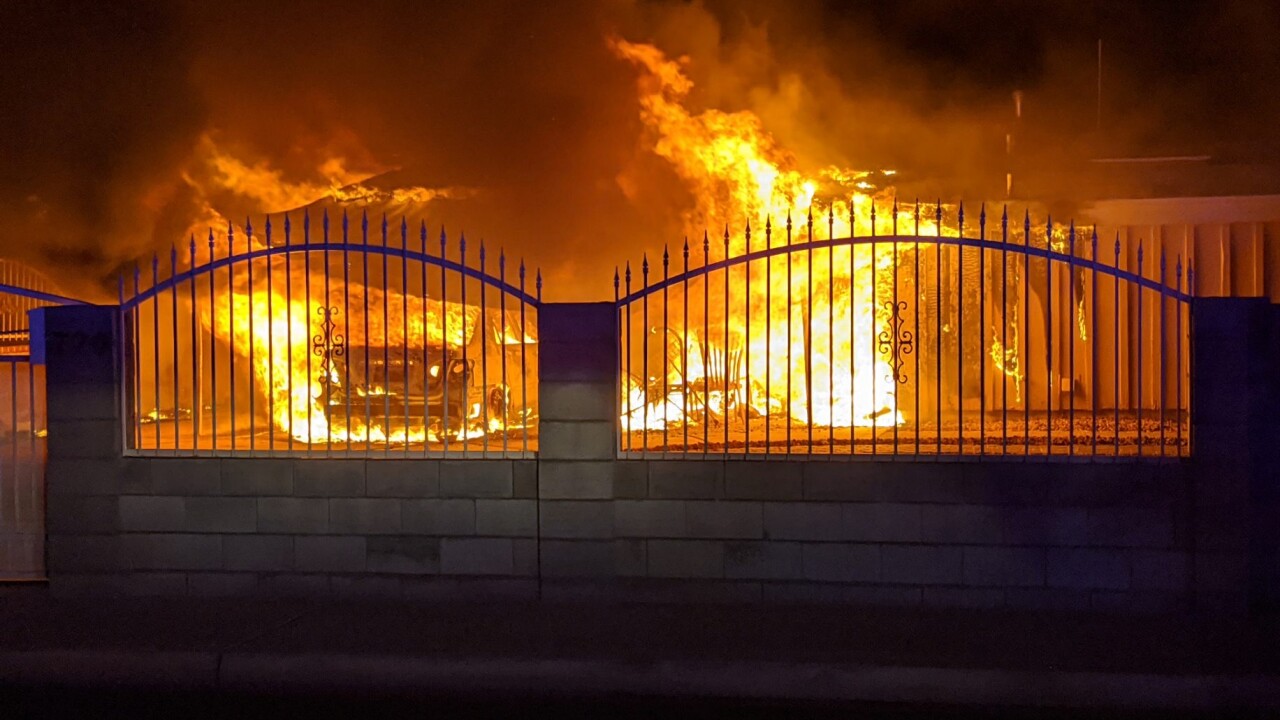 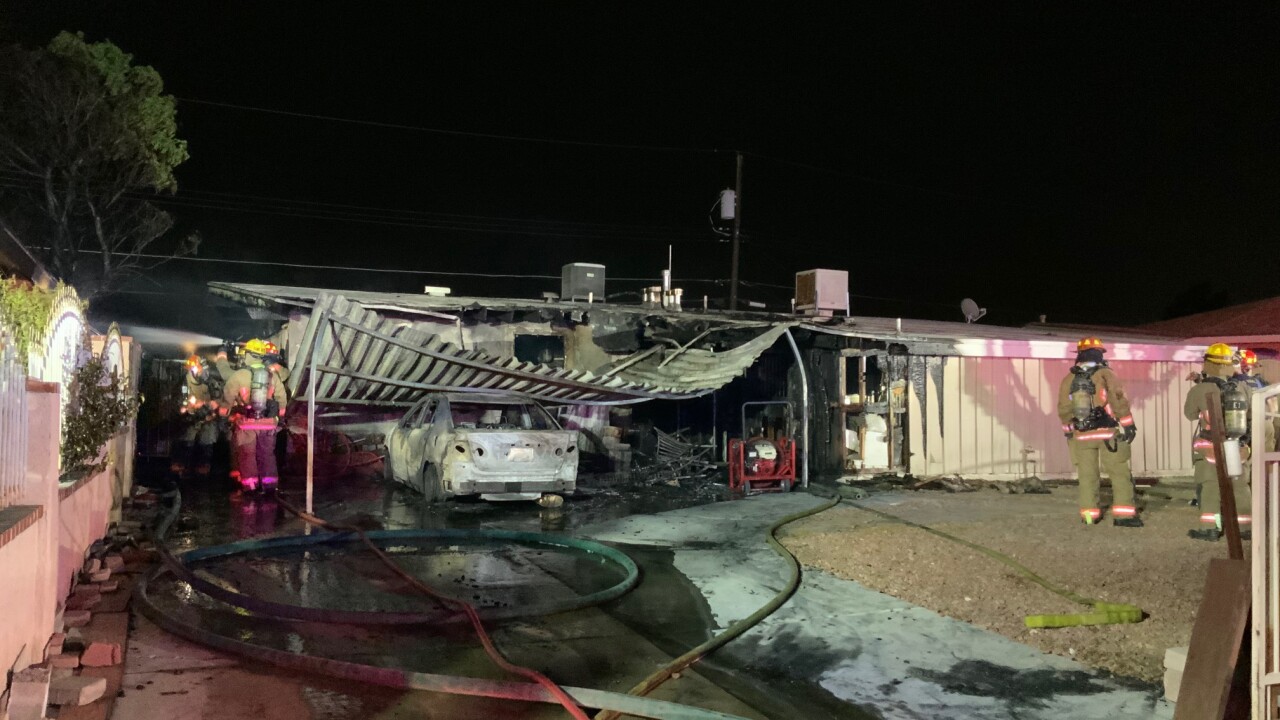 LAS VEGAS (KTNV) — Two downtown houses were damaged by fire early Sunday morning and fireworks cannot be ruled out as a cause, according to Las Vegas Fire and Rescue.

One house had extensive damage, the house next door had moderate damage.

A total of five people are displaced. They are all staying with friends, firefighters report.

There were no reported injuries during the incident.

Las Vegas firefighters responded to 720 N. 23rd Street at 12:55 a.m. on June 28 for a reported house fire. The caller said it was his house, there was heavy fire and he was stuck in the backyard unable to get to the front because of the intensity of the fire.

When firefighters arrived, heavy fire was showing from the front and left side of a one story house, a car in the driveway was also fully involved.

The fire extended to a tree in the backyard and the fire was spreading to the house next door at 724 N. 23rd St.

As firefighters started to attack the fire, other firefighters rescued the occupant from the backyard, he was not injured.

At the same time, firefighters alerted the occupants in the house at 724 to evacuate. Four adults inside the one story house escaped without injury.

It took firefighters approximately 30 minutes to put all of the fire out.

One person lives in the house and is displaced. He is staying with friends.

The house next door at 724 has mostly exterior and roof damage, estimated at $35,000. Four adults who live it the house are staying with friends also.

The cause of the fire is undetermined and remains under investigation.

Fire investigators say that fireworks cannot be ruled out. There was fireworks activity while firefighters worked to put the fire out.

Neighbors said there were several fireworks in the neighborhood just prior to the fire.

There were no reported injuries during the incident.