Fire started at The Center on eve of Stonewall anniversary 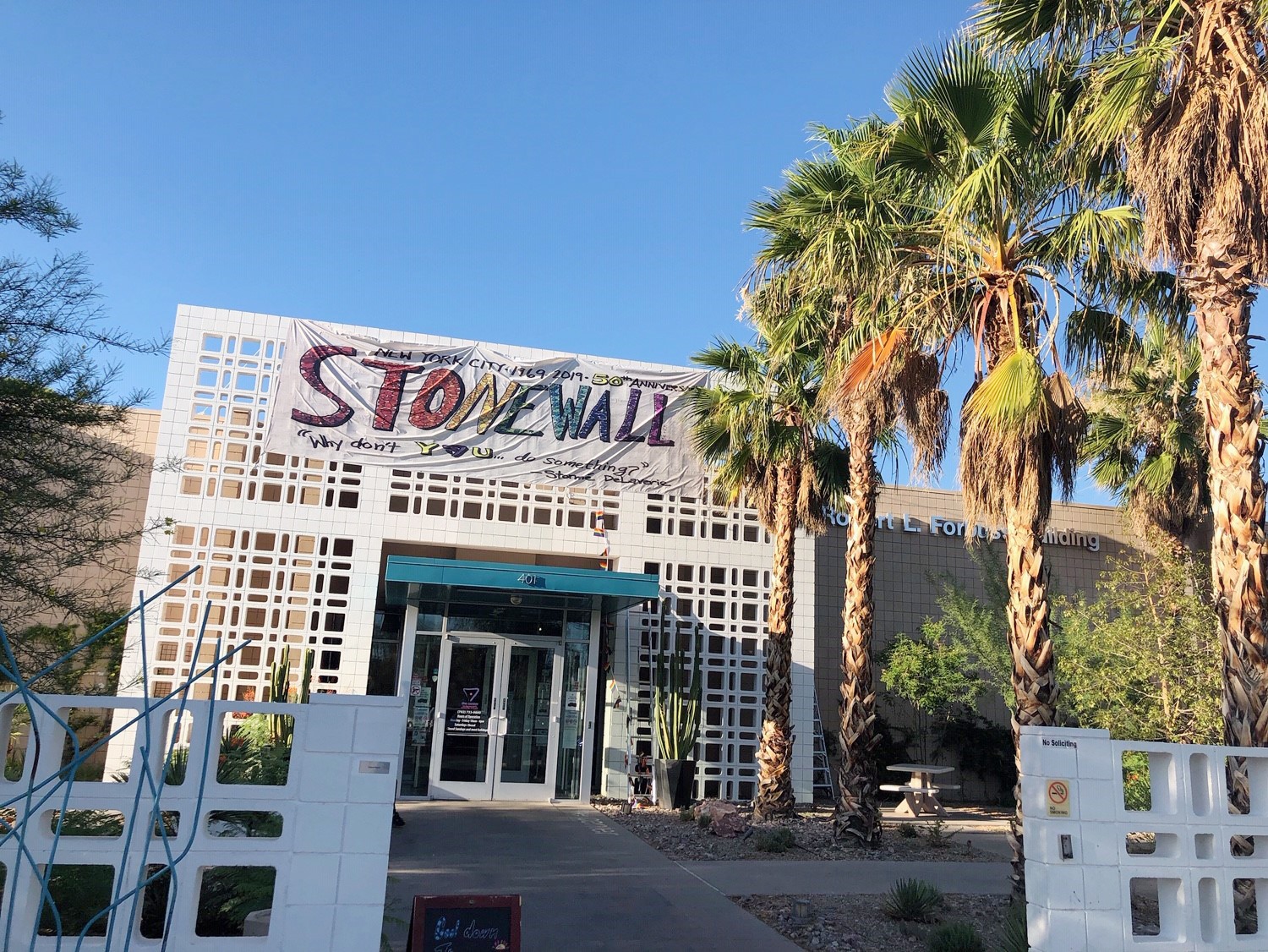 13 Action News is on location at The Gay &amp; Lesbian Center of Southern Nevada as a fire there is under investigation. 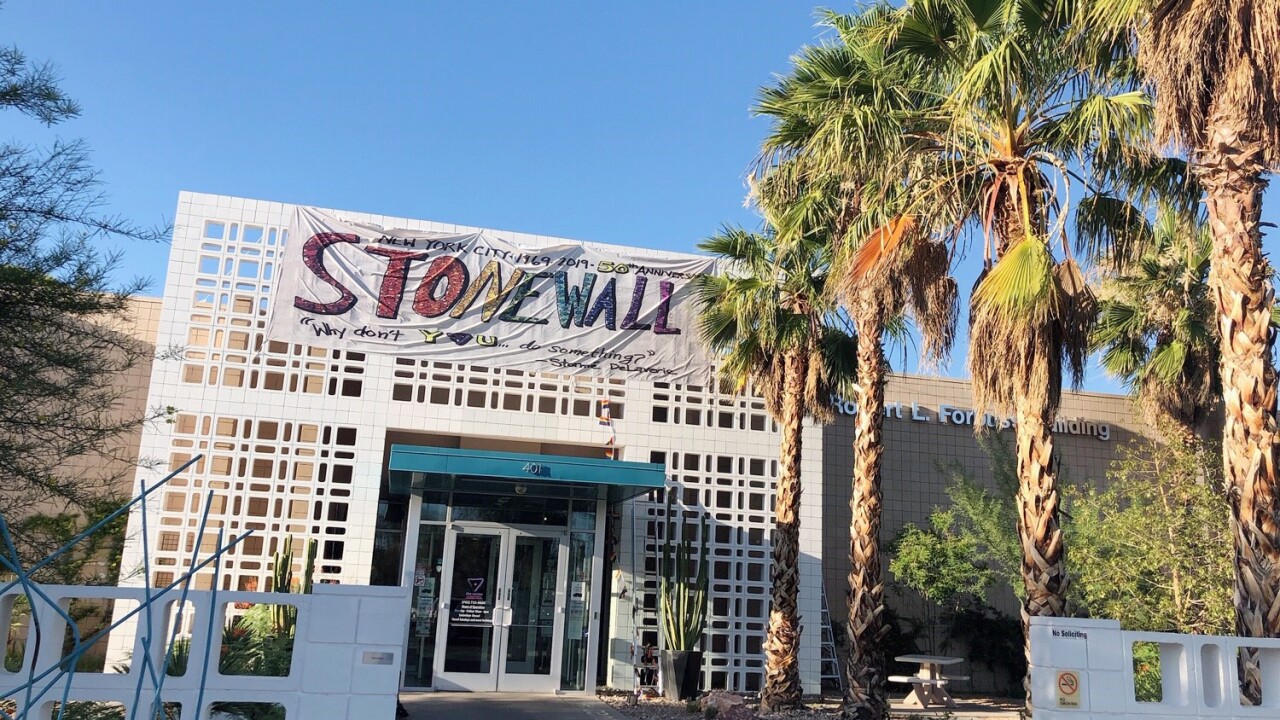 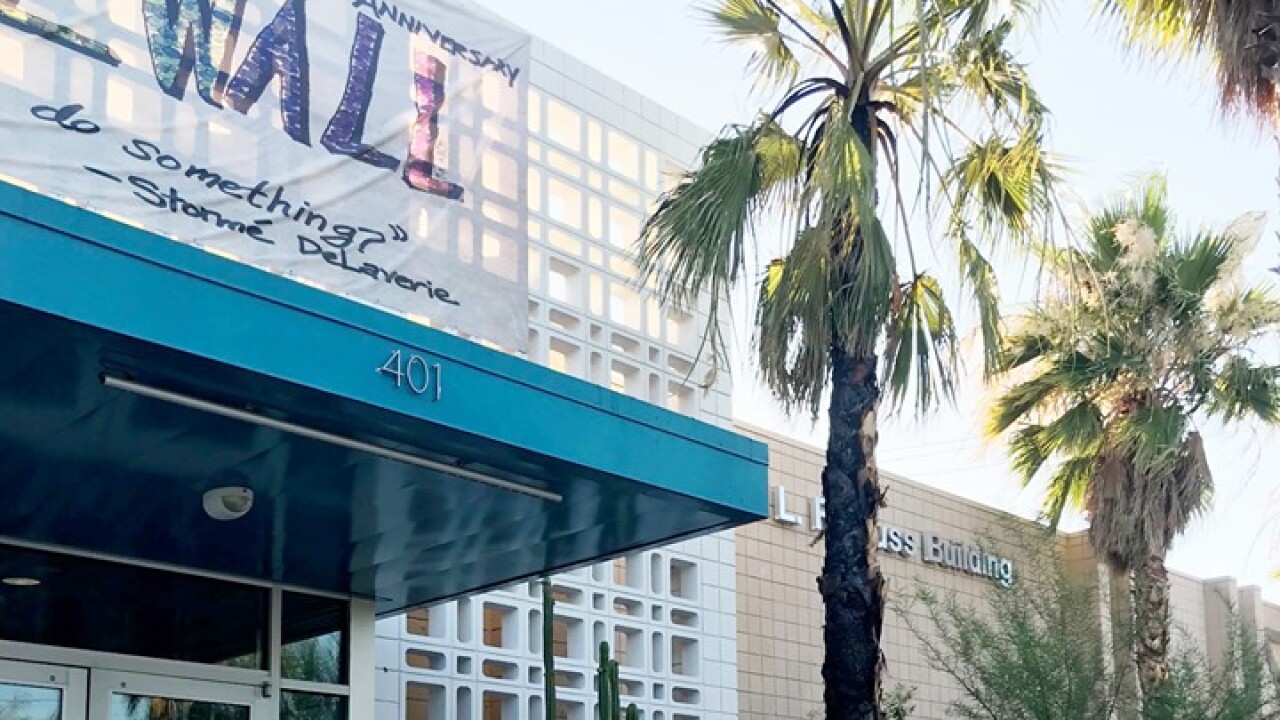 2019 marks the 50th anniversary of what is now known as the beginning of the LGBT pride movement.

The Gay and Lesbian Center of Southern Nevada (The Center) is celebrating the anniversary through programs and hung a Stonewall commemorative banner on their building.

On Thursday morning, employees arrived at The Center to discover someone had started a fire outside of their building.

The Center says that a man can be seen on surveillance video attempting to reach the Stonewall banner in a possible attempt to remove it.

When the man is unsuccessful in that attempt, he then appears to start a fire to a palm tree closest to the building and the banner.

A propane tank was also found near the tree.

John Waldron, executive director of The Center. told 13 Action News they received "an alarming voicemail this week from a person upset about rainbow flags flying with American flags."

At this point, there is no connection between the voicemail and the fire this morning.

Las Vegas police were called and they alerted arson investigators who have been out to the site and started an investigation.

Waldron said the FBI was also contacted, and while they haven't been on site he thinks they'll be reaching out to The Center shortly.