UPDATE: Residents displaced by fire looking for place to live 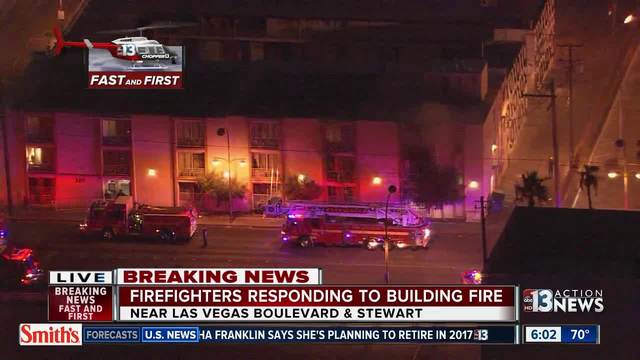 A building is on fire in downtown Las Vegas near Las Vegas Boulevard and Stewart Avenue. 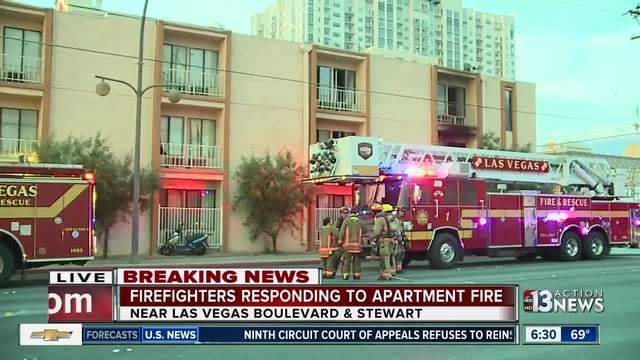 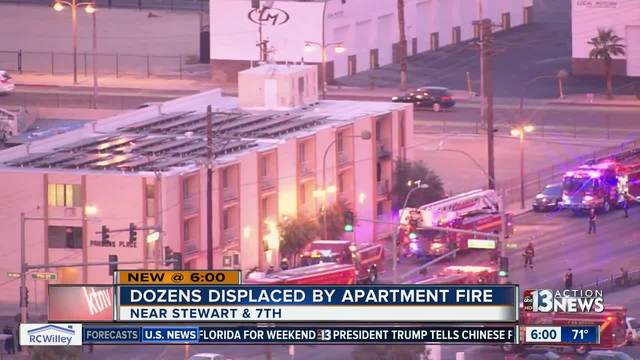 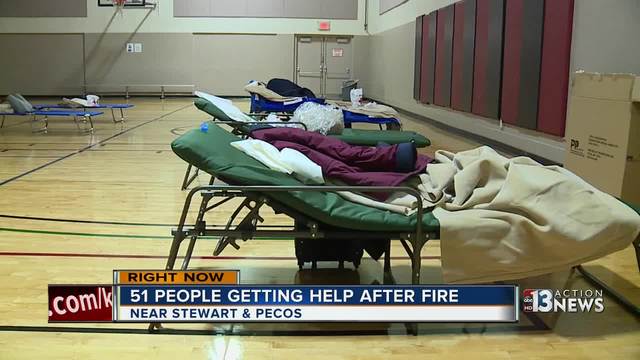 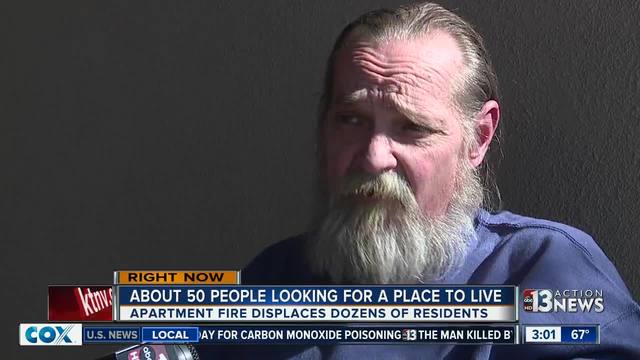 UPDATE ON FEB. 13: The residents who were displaced by a fire at their downtown Las Vegas apartment building are still looking for a place to live.

According to the American Red Cross, they have placed a few people, but most of the people still need a new place to live.

One of those people is Carl Truesdell, who was homeless before he was able to move into Parsons Place. Now, he is worried that he won't be able to find another complex that has been as helpful as Parsons Place.

UPDATE ON FEB. 11: One day after the fire, the American Red Cross is seeking volunteers to help the residents displaced by the fire.

Potential volunteers can sign up at http://www.redcross.org/volunteer, or speak directly to Red Cross personnel by going to the emergency relief shelter at the Chuck Minker Sports Complex at 275 North Mojave Road.

UPDATE AT 6:30 PM:  The American Red Cross opened an emergency shelter for more than 50 residents of Parsons Place who were displaced by the fire.

Neighborhood Housing Services of Southern Nevada owns the complex and is currently working with the Red Cross to help residents find new places to live.
"From what I understand, we're not going to be able to get back in except to retrieve our stuff," said Tina
Mackie, a resident of Parsons Place.

Neighborhood Housing Services of Southern Nevada is accepting donations for residents at www.nwsn.org.

UPDATE AT 11:00 AM: The downtown apartment fire happened at Parsons Place. According to their website, it's a transitional housing complex. Many people living there have just moved out of homeless shelters, or at risk of living on the street.

"I just started yelling out the window," says Carl Truesdell, the man who got rescued by fire crews.

13 Action News spoke exclusively to Truesdell after that rescue.

"There wasn't any way I could get downstairs," says Truesdell.  "I was trapped up there."

UPDATE AT 8:10 AM: LVFR says that the fire started because people in the apartment were using gasoline to clean jewelry and were smoking at the same time. Damage is estimated at $100,000.

UPDATE AT 7:50 AM: Las Vegas Fire & Rescue say that 2 people were burned and 4 people were treated at the scene for smoke inhalation. Approximately 51 people have been displaced.

Firefighters on the scene of an apartment building fire near Las Vegas Boulevard and Stewart Avenue. It is believed that the fire is happening at Parsons Place apartments.

13 Action News chopper could see residents being rescued from the burning building as the helicopter flew overhead.

Las Vegas Fire & Rescue said shortly before 7 a.m. that two people were burned and three people were treated at the scene for smoke inhalation. The burn victims were transported to University Medical Center. It is not known how badly they were burned.

At this time, it is not known what caused the fire.

This is a breaking story. Check back for updates.

2>>> at least 3 being treated for smoke on scene, cause U/I PIO1 pic.twitter.com/nXFlRXkJUa