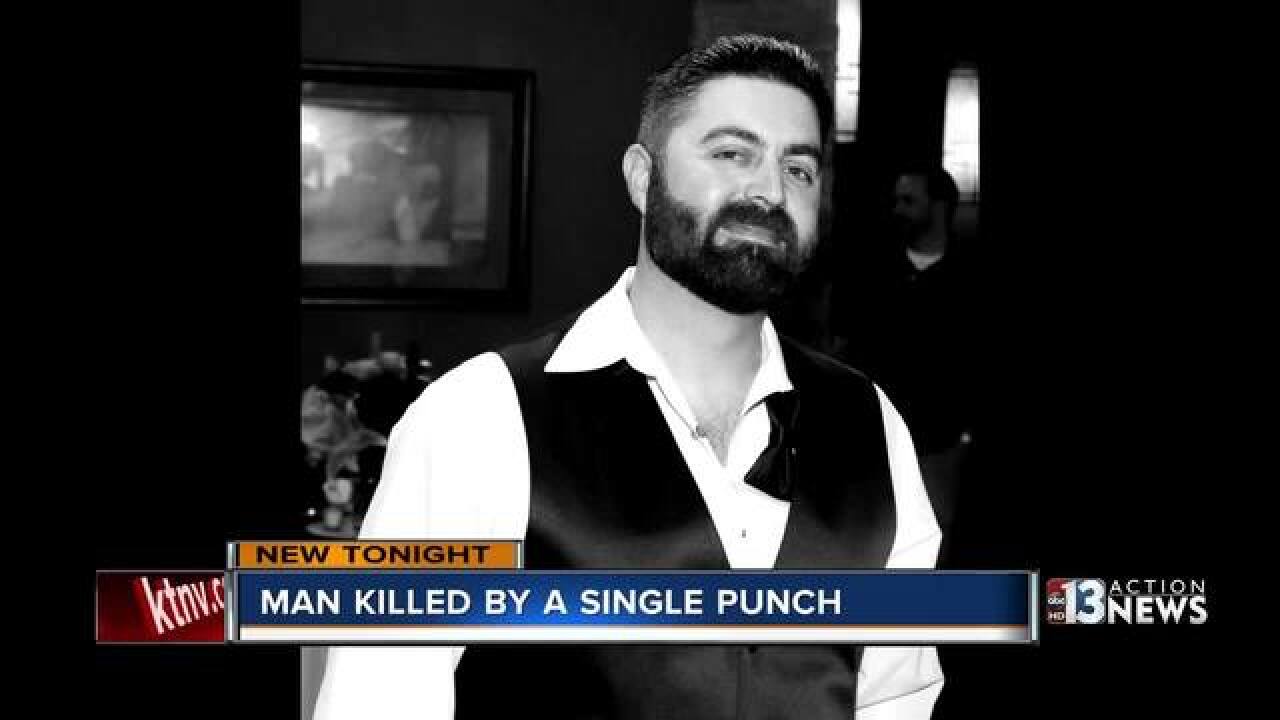 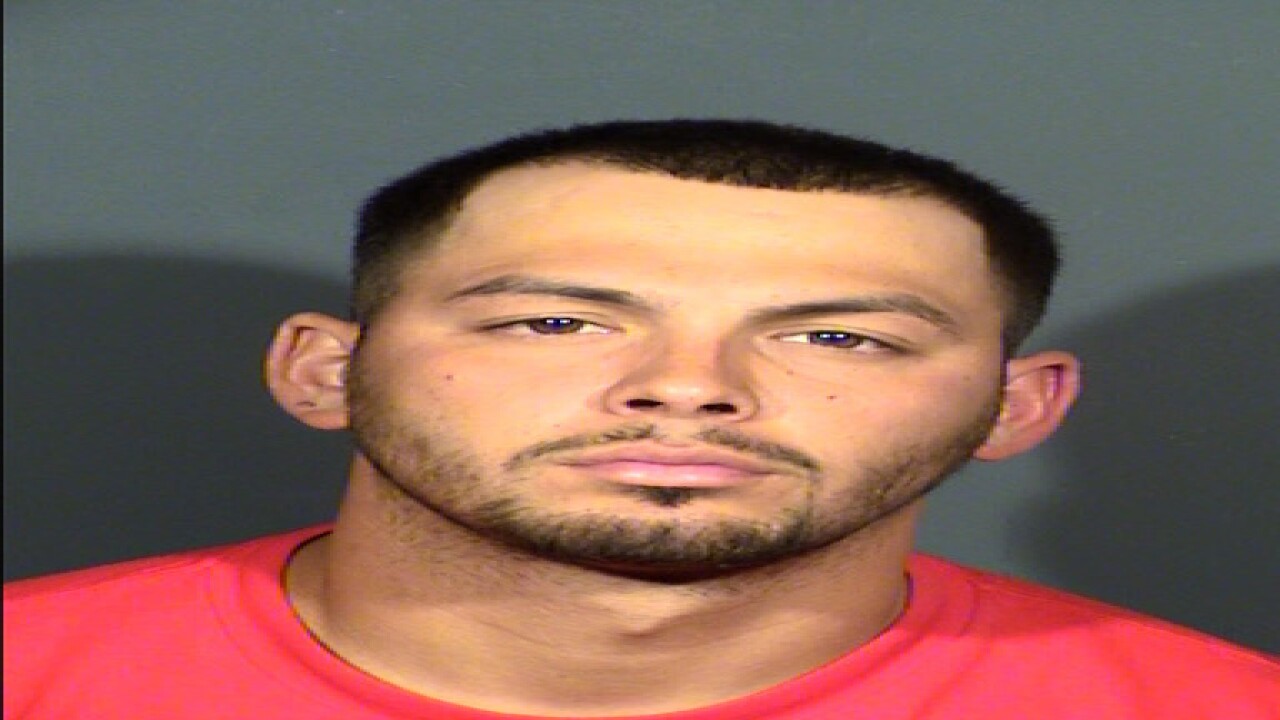 UPDATE MAY 10:  A man accused of killing a California father of five with a single punch outside a downtown Las Vegas lounge will seek to be released from jail pending a preliminary hearing of evidence in his murder case.

Beach is a 27-year-old ex-felon who served more than four years in Nevada state prison for his conviction in a November 2008 shooting. He also uses the name James Michael Garcia.

About 12 of his relatives and friends attended court where a judge set a Friday bail hearing.

Several of Campos' friends and family members were also in court.

According to the arrest report, Beach told police he only hit Campos one time during the argument outside Vanguard nightclub. He told police once he heard about Campos' death, he contacted his attorney and had planned to turn himself into authorities.

According to the report, Beach's girlfriend had told him the night was over due to him being "so intoxicated." Within seconds of leaving the club, a friend of Beach's told police he observed Beach punch the man standing outside in line, later identified as Campos.

UPDATE MAY 9: The Clark County coroner determined the cause of death for Luis Campos was blunt force injury to the head as a result of the punch.

UPDATE MAY 8: A GoFundMe has been set up for Luis Campos' family.

His wife, Julie, is thanking the public for quickly identifying the suspect.  She's remembering her husband Luis as a loving father of five.

She wants to see him get justice, and plans on coming back to Las Vegas from California every day once the case goes to trial.

UPDATE 10 P.M. MAY 7: 27-year-old James Beach was taken into custody on Sunday in the punching death of Luis Campos that occurred on April 30 in the 500 block of Fremont Street. Detectives with the LVMPD Criminal Apprehension Team located Beach and took him into custody without incident. He is at the Clark County Detention Center were he faces one count of open murder.

The second man involved has been identified and interviewed and is no longer being sought by police.

Campos was visiting Las Vegas from La Puente, California. He was celebrating his brother's impending marriage. Police said they were standing in line to get inside the nightclub when the men approached him and an argument ensued.

Adam Garibay is Campos' brother. He called the men cowards.

"These guys knew what they were doing," he said.

After throwing the fatal punch, the men can be seen on camera briskly walking away.  Campos was knocked to the ground unconscious after hitting his head. His family said the impact caused bleeding in his brain. Paramedics rushed him to the hospital, but he never regained consciousness. He died Thursday.

Luis was Joyce Garibay's oldest son. He made his living as a truck driver. She said her son was a loving husband and father of five children. The last time she talked to her son was via text. He told her he was having a blast with his brothers. Now a family that was planning a wedding is planning a funeral.

"He got robbed of his life," she said. "They need to find them so justice can be served."