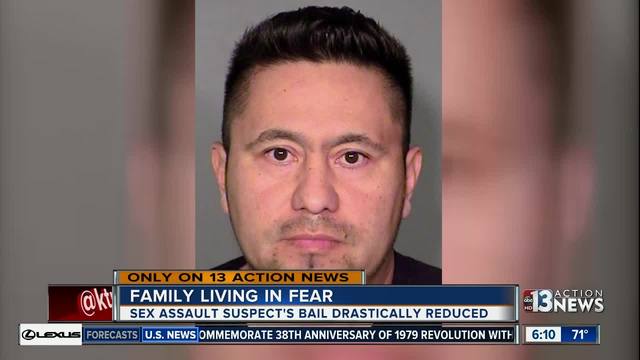 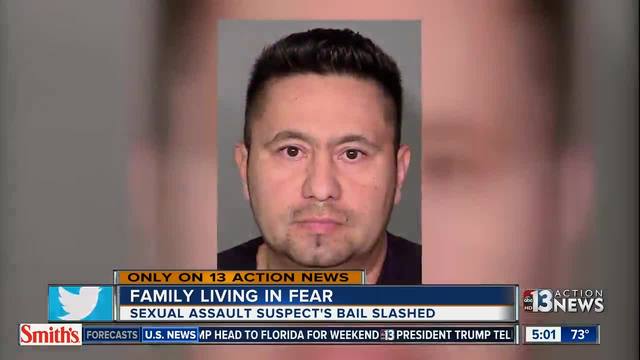 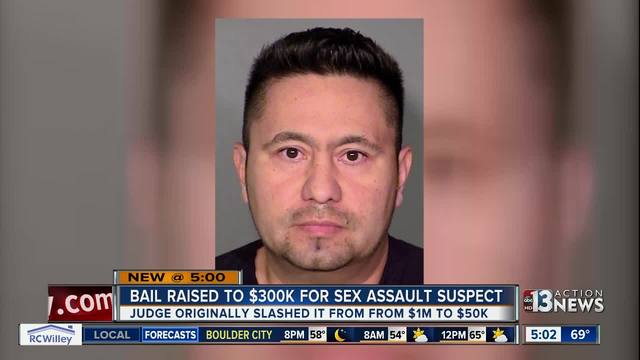 UPDATE: Bail has been raised for Henry Altamirano after it was initially slashed.

The sexual assault suspect's bail is now $300,000 and he is not going to be eligible for house arrest.


ORIGINAL STORY
A family is in fear after 45-year-old Henry Altamirano's bail was slashed. He faces charges including the sexual assault of a minor.
"I think he is an absolute monster," said the victim's mother. "... He should stay locked up behind bars."

Only on @KTNV a mom living in fear after a judge slashes the bail of a man accused of the sexual assaulting her child. Live in 2 min

13 Action News is not identifying the victim's family.
The mom of four is worried that Altamirano will soon be free on bond.
Judge Stefany Miley recently slashed his bail from $1 million to $50,000. That's a price the family thinks he can afford. If released, he would wear an electronic monitoring device and be placed on house arrest.

She tells me she thinks the suspect will make bail... and come after her 9-year-old. @KTNV pic.twitter.com/LQQIt66i2m

"Besides being heartbroken, besides being crushed," she said, "I was devastated and scared as a mom ... how am I supposed to protect her?"
A spokeswoman for the judge said her bail decision was based on a Nevada pretrial risk assessment evaluation. The assessment found that the suspect is considered a low-risk re-offender.
However, the spokeswoman agreed the judge does have discretion in setting bail.
The victim's mother said the judge's decision has caused her to lose some faith in the criminal justice system.
"How do we know what his mindset is after being locked up for 13 months?" she said.

She said she's afraid the suspect is going to come after her family, to which he is no stranger.
"We lived together, we spent every waking moment together," she said.
The couple had plans to get married.
"I honestly thought that he was this nice, loving, caring man," she said.
The family has started a petition to have the Nevada pretrial risk assessment changed. They say they don't want this scenario to happen to another family.
Altamirano's trial is set for June.
As of Friday night, he is still being held at the Clark County Detention Center.
His attorney tells 13 Action News he does not have a prior criminal history.
Copyright 2016 Scripps Media, Inc. All rights reserved. This material may not be published, broadcast, rewritten, or redistributed.