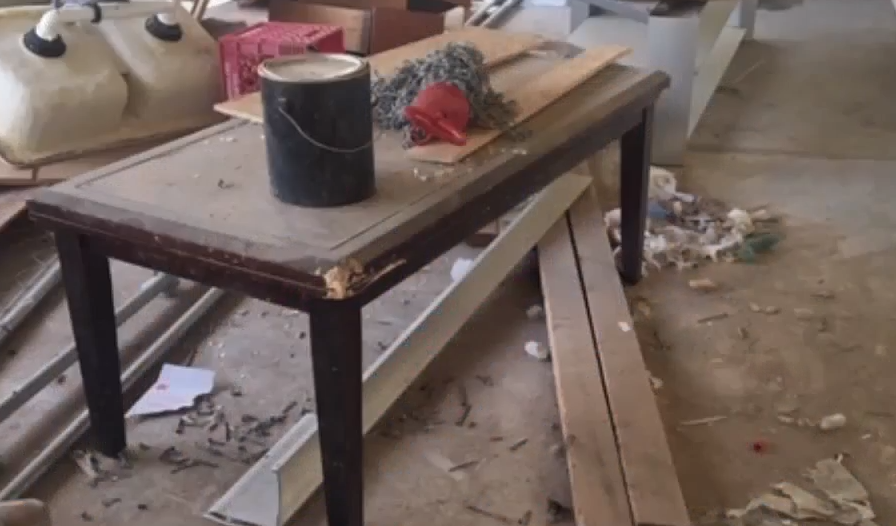 LAS VEGAS (KTNV) — A valley woman says she's out around $3,000 between her deposit and first months rent after renting a property she says was unlivable.

Lorelei Aboytes said she had issues with her credit in the past, and that's made finding a rental home a challenge. After being denied before, she finally found a property that she thought would be a good fit.

Her realtor found it through a property management company called Turn Key Property Solutions. Aboytes says there were renovations that she liked, but overall it didn't look complete.

However, after signing the lease, she was told the rest of the renovations would be finished by the time she moved in in two weeks.

But when the moving day came, she says it was still a mess. She says there was concrete construction, nails, and screws everywhere, and exposed wiring.

"How was I supposed to live there with my kids?" Aboytes said.

When she approached the property management company about getting her money back, she was told they never guaranteed that the renovations would be finished, and wouldn't allow her money returned.

The property management, Turn Key, is rated 1-star on Yelp and several other renters have contacted 13 Action News with similar stories.

A woman still living in her rented home near H Street and Lake Mead Boulevard said it wasn't until she moved in that she realized the heater wasn't working and two months later they were able to get the heat back.

Meanwhile, the Civil Law Help Center has some tips for similar situations:

First, make sure to look at the rental before signing the lease. Also, provide written notice to get issues fixed, and if not fixed within a certain amount of time there is an option to terminate the lease.