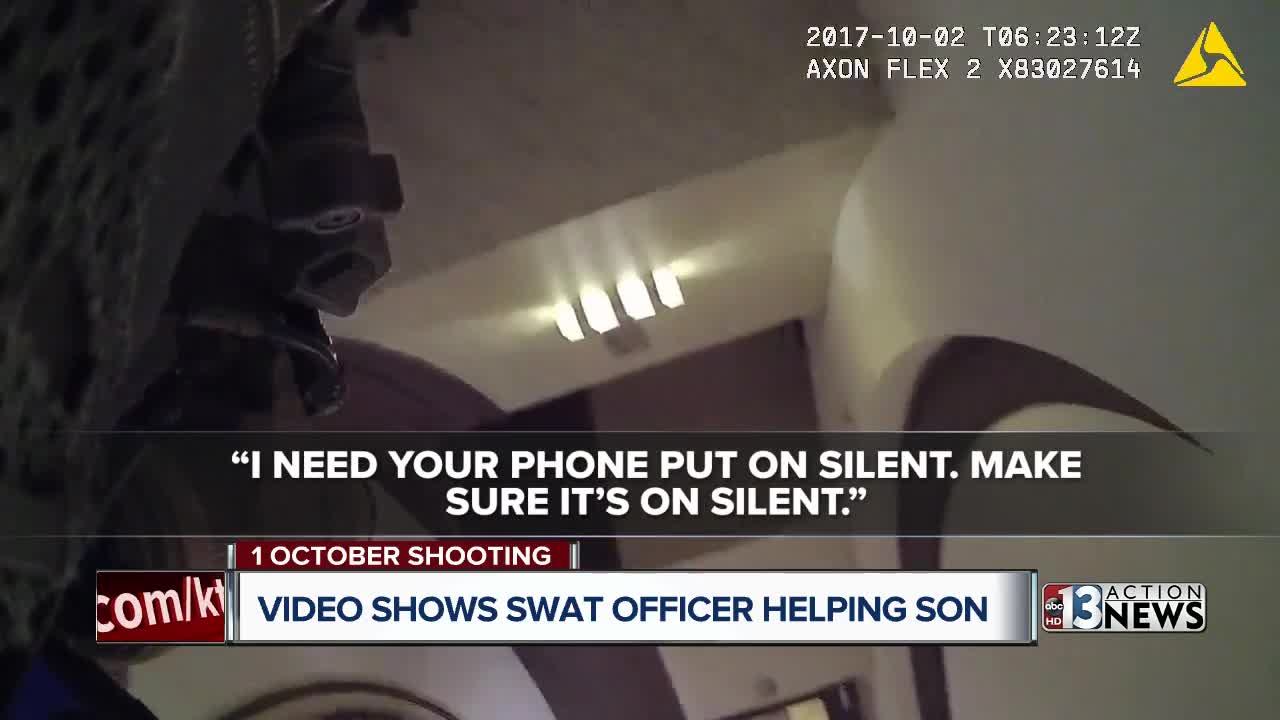 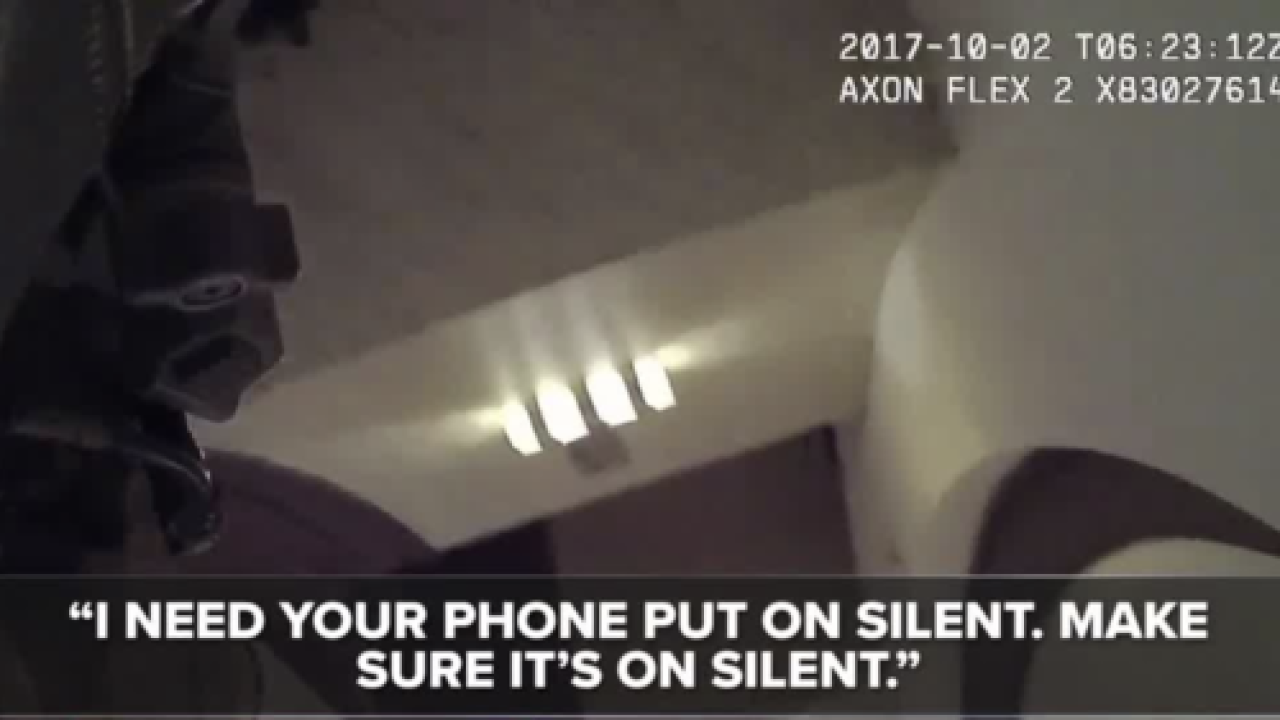 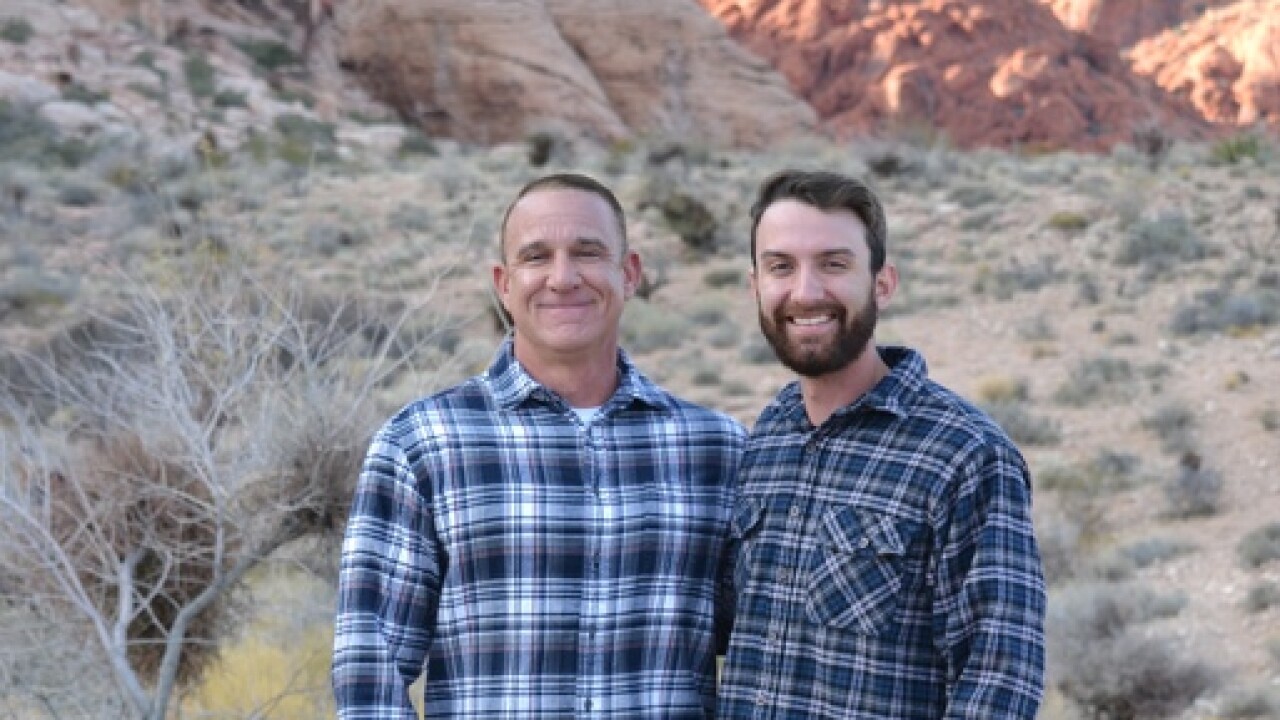 New body camera video released from the 1 October investigation in Las Vegas revealed an emotional phone call between a SWAT officer and his son.

"Listen to me. I need you to stay super calm," said SWAT officer Billy Marx.

Months after the deadliest mass shooting in modern American history, we’re hearing the raw, emotional conversation between a father and son. Sounds like so many other calls between families that night but this was different. Story ONLY ON @KTNV at 11. pic.twitter.com/Qi78hRNAq5

Marx's body camera was rolling as he was responding to the deadliest mass shooting in modern American history.

You can hear Officer Marx speaking with his son Parker.

The teenager was attending the Route 91 Harvest Festival. Parker was grazed with a bullet. After he escaped the festival grounds, the 19-year-old called his father.

"I swear to God, I'm going to get you," said Officer Marx. "I need you to not make any noise, turn your phone on silent."

Body cam video shows the father get off the phone with his son.

13 Action News was there as Parker saw the emotional video for the first time.

"The words that he said were, man up," said Parker, "...that really calmed me down."

Video also shows Officer Marx going to the 32nd floor of Mandalay Bay, where Stephen Paddock was firing on the thousands of people who attended the Route 91 Harvest festival on the Las Vegas Strip.

Parker said he's always been inspired by his father. However, after 1 October, he has decided to follow in his dad's footsteps.

"This is what I need to do," said Parker. "I want to serve my community."

Parker's girlfriend was shot on that night.  He made sure she was safe and got treatment. He plans on applying for the force this fall.

58 people died and hundreds of people were wounded during the mass shooting. Las Vegas police were ordered by the Nevada Supreme Court to release all documents and video and audio files related to the investigation after being sued by various media outlets. The department releases a batch of material every Wednesday.