What happens to all of those campaign signs after the election?

Unfortunately, most won't be recycled

Unfortunately, most campaign signs won't be recycled, and many could stick around for several months. 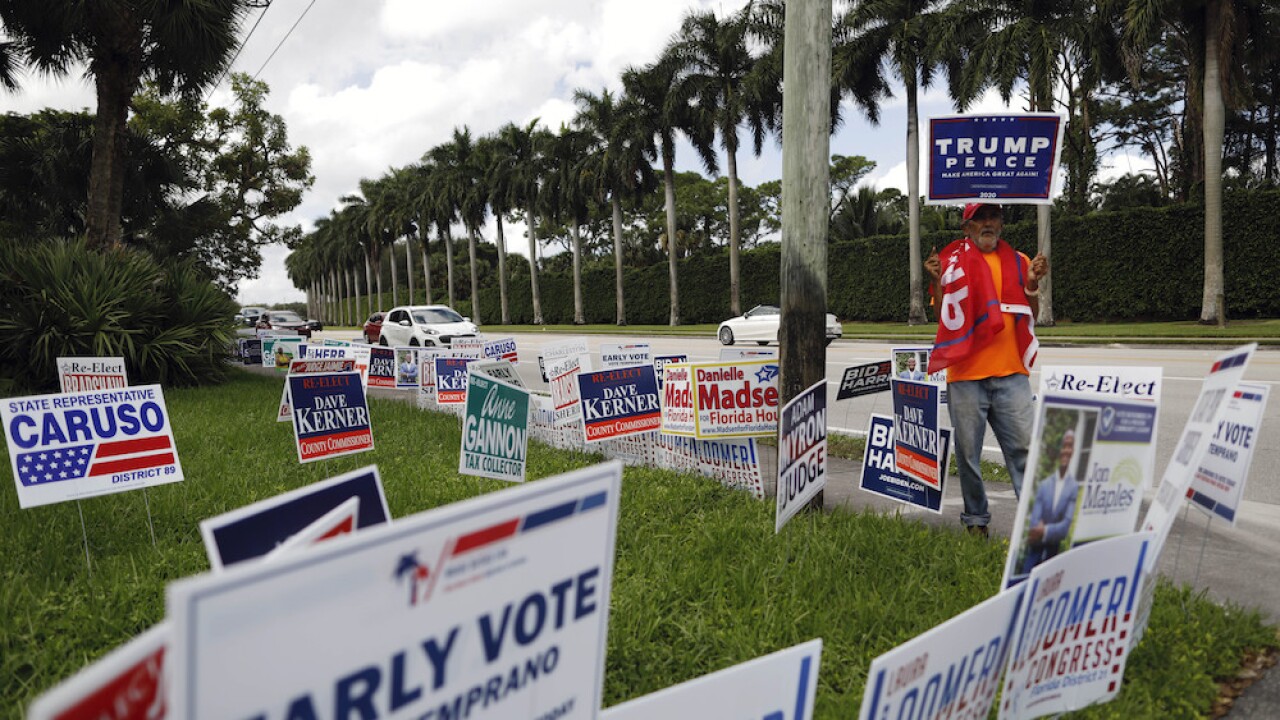 Election season may be over, but two weeks after polls have closed, campaign signs still fill yards and roadways in much of the country.

It's not uncommon to see political signs stand for a year after Election Day. And while the placards create plenty of visual litter, what's more concerning is the physical litter they can cause.

Judith Enck, the President of Beyond Plastics says candidates need to take responsibility for their political signs.

"Lots of people who run for office run more than once," she said. "If they were in a two-year term, they're going to need signs in another two years, so they really should go out and collect the signs and store them somewhere and reuse them."

Enck also says that because a candidate's campaign is already responsible for putting up the signs, they should also be responsible for taking them down after the election.

She adds that most campaign signs aren't recyclable. While most signs used to be made entirely of cardboard, newer signs often now include a plastic coating. The coating protects the ink from sun, rain and snow, but also means candidates can't recycle signs after the election.

Enck argues that in most cases, the plastic coating on a cardboard campaign is unnecessary.

"They pop up like mushrooms in the month of October, so I'm not sure that all that plastic coating is necessary," she said. "I would recommend to just go back to regular cardboard, and then you could actually recycle the signs."

Enck adds that the metal posts that hold up campaign signs can be recycled, but they need to be separated from the signs and taken to scrap metal recycling centers.