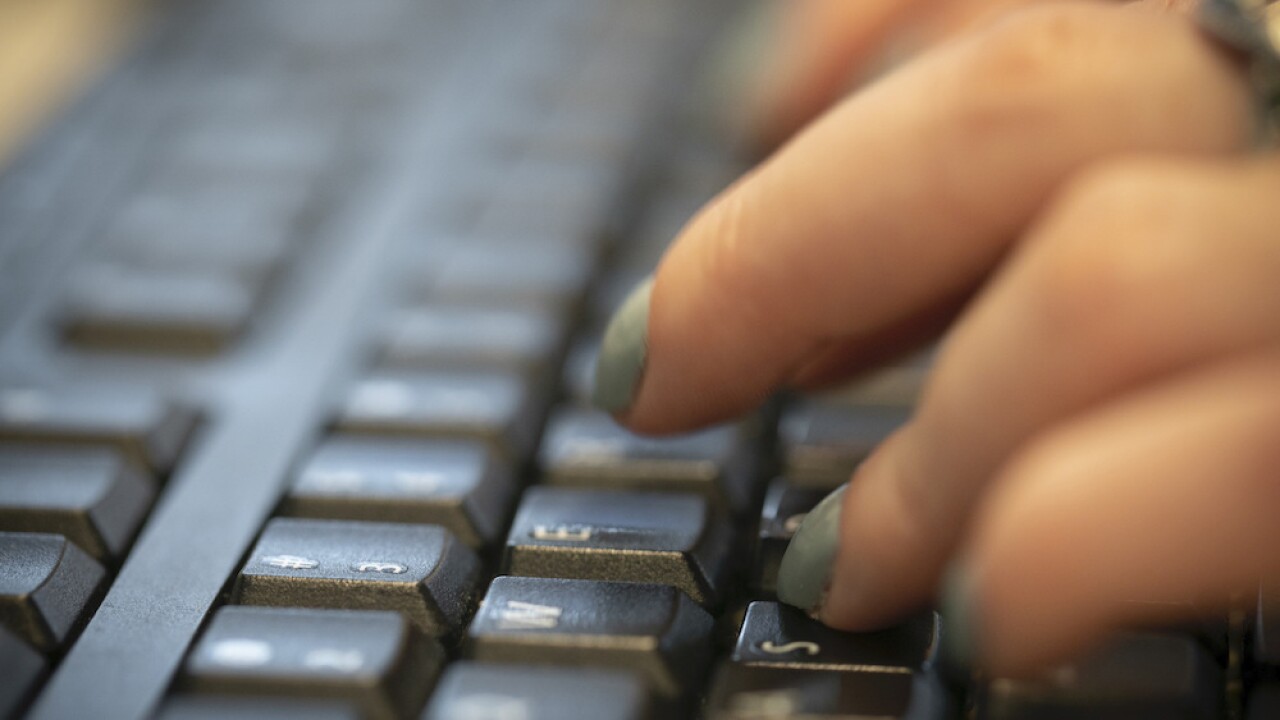 Copyright 2019 The Associated Press. All rights reserved.
Jenny Kane/AP
In this Tuesday, Oct. 8, 2019, photo a woman types on a keyboard in New York. Cybersecurity researchers say a coordinated cyberespionage campaign has targeted U.N. relief agencies, the International Red Cross and other non-governmental organizations groups for the past 10 months. The California cybersecurity outfit Lookout says the campaign, which uses phishing to harvest passwords from mobile phones and computers, is still active. (AP Photo/Jenny Kane)

At least two sheriff's offices in Florida are investigating after voters in the state say they received threatening messages from people claiming to be affiliated with the Proud Boys that attempt to scare voters into voting for President Donald Trump.

According to Florida Today, the emails sent to voters followed a similar format: The sender claimed to be in possession of personal information because they "gained access" to the "entire voting infrastructure." The message then says the voter must "vote for Trump on Election Day or we will come after you."

Florida Today reports that the Brevard Supervisor of Elections has reported the messages to local law enforcement. In a Facebook post, the sheriff of Alachua County, located several hours northwest of Brevard County, said it was investigating similar messages with assistance from federal law enforcement.

While the messages appear to have been sent by the Proud Boys — an authoritarian far-right group known for their attacks on leftists — CBS News and Vice report that source code embedded in the messages linked them to servers in Saudi Arabia, the United Arab Emirates and Estonia — meaning the messages could have been sent from anywhere.

The domain from which the messages were sent, officialproudboys.com, does not direct to a website — although archives do show it was active and contained content relevant to the group in the past.

In addition, Proud Boy Chairman Henry "Enrique" Tarrio Jr. told the Miami Herald that the organization was not responsible for sending the messages and condemned whoever sent the messages.

Florida Today reports that the emails appear to be targeted to registered Democrats. In Florida, a voter's email addresses are sometimes available upon request, but a person's voting record remains private, according to WJXT-TV in Jacksonville.

Voter intimidation is a federal crime, and offenders can face imprisonment if convicted.