Trump claims Gov. Gretchen Whitmer 'wants to be a dictator in Michigan' 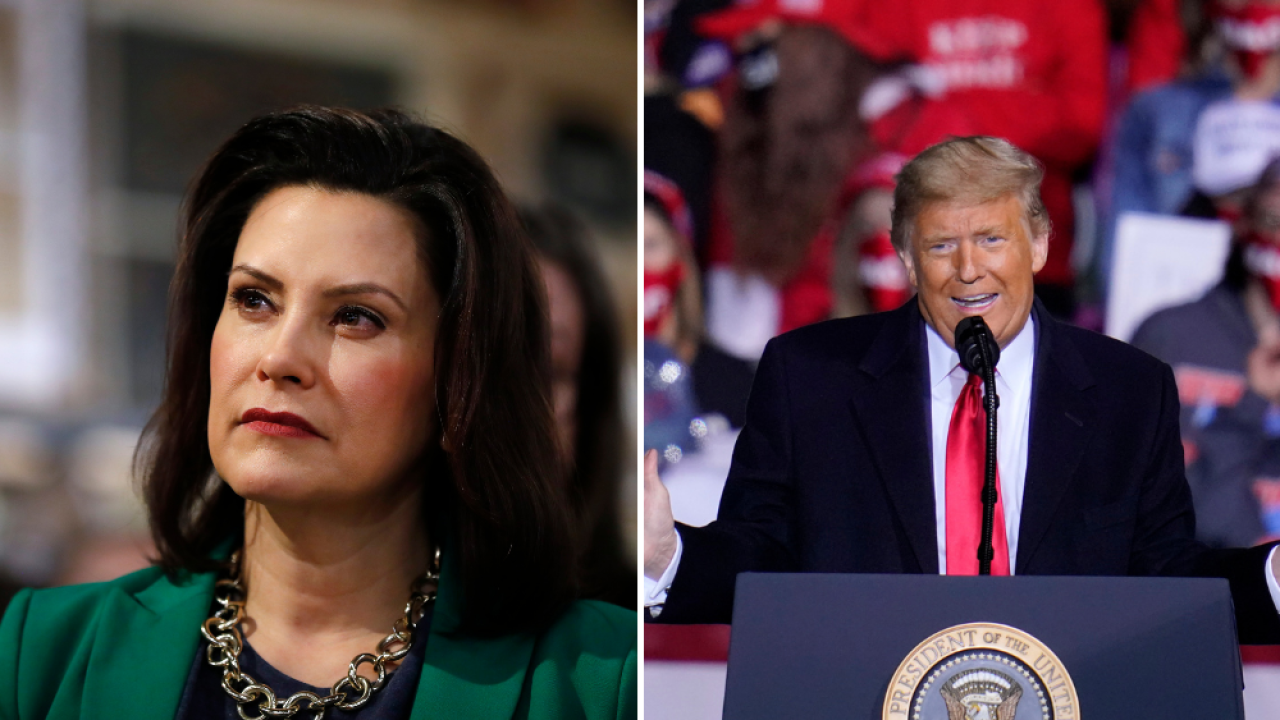 President Donald Trump once again went after Michigan Gov. Gretchen Whitmer on Thursday morning during an interview on Fox Business.

Trump made the comments while criticizing states who he believed had not lifted COVID-19 restrictions quickly enough.

"(Whitmer) wants to be a dictator in Michigan, and they can't stand her," Trump said.

He added that the believed people in Michigan wanted to get back to work.

Trump and Whitmer have sparred in the media for months.

"She wants to be a dictator in Michigan. And the people can't stand her." -- Trump attacks Gretchen Whitmer, who was the victim of a kidnapping/assassination plot hatched by his supporters pic.twitter.com/LXqlLToSLd

Last week, while giving a statement after the FBI announced it had foiled a militia group's attempt to kidnap her, Whitmer sharply criticized Trump for "stoking distrust" and "giving comfort to those who spread fear and division."

"This should be a moment for national unity where we all pull together as Americans to meet this challenge head-on," she said.

A day after that statement, Trump lashed out at Whitmer.

"Gov. Whitmer of Michigan has done a terrible job. She locked down her state for everyone, except her husband's boating activities," Trump said.

He also tweeted that Whitmer should "open up your state, open up your schools, and open up your churches!" However, churches in Michigan are open, and some schools are open for in-person classes as well.

This story was originally published by WXYZ in Detroit.