Eldorado must sell 3 Indiana casinos as part of Caesars deal 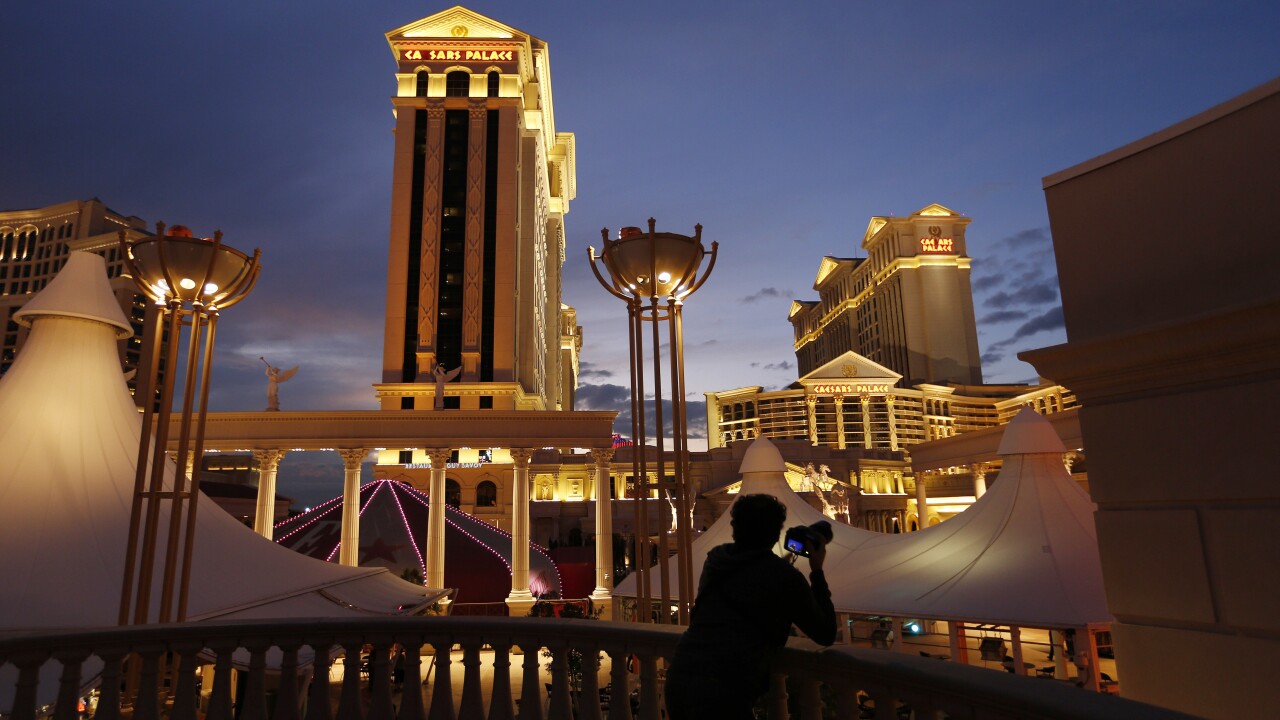 John Locher/AP
FILE - In this Jan. 12, 2015, file photo, a man takes pictures of Caesars Palace hotel and casino, in Las Vegas. Eldorado Resorts will buy Caesars in a cash-and-stock deal valued at $17.3 billion, creating a casino giant. The acquisition Monday, June 24, 2019, puts about 60 casinos and resorts in 16 states under a single name, one of the biggest gambling and entertainment ventures in the United States. (AP Photo/John Locher, File)

INDIANAPOLIS (AP) — Eldorado Resorts will have to sell three Indiana casinos by the end of this year as it takes over Caesars Entertainment.

The Indiana Gaming Commission imposed that requirement Friday as it gave state approval for Reno, Nevada-based Eldorado's $17.3 billion takeover of Caesars that will create a gambling giant operating in 16 states.

Commission officials raised concerns that Eldorado would have an "undo economic concentration" by owning five of Indiana's 13 state-licensed casinos.

An Eldorado executive said the casinos in Evansville and the Louisville, Kentucky-area town of Elizabeth would likely be sold, with a sale of the Hammond casino possible.