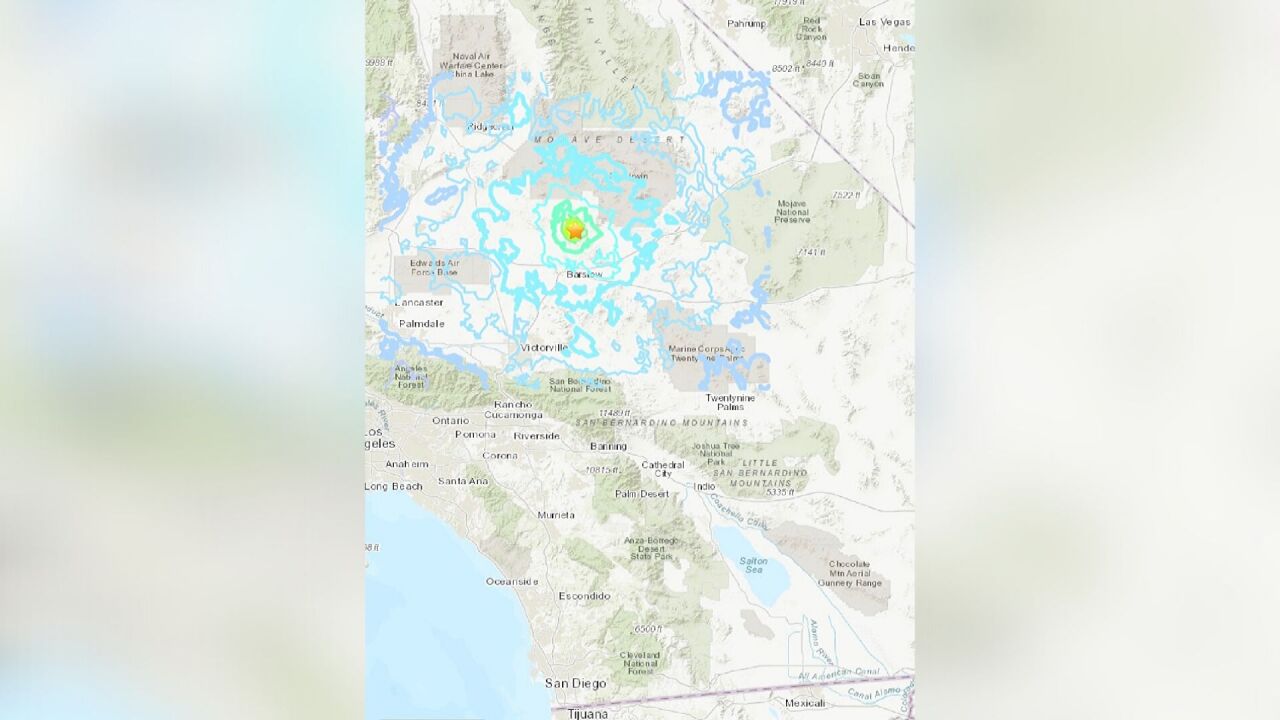 There were no initial reports of damage near the center of the quake, or in the Las Vegas Fire and Rescue service area, but the seismic waves were felt throughout the Las Vegas valley.

Friday's shaker comes months after strong earthquakes rocked the California desert and the Ridgecrest community along with surrounding areas, including Southern Nevada.

The USGS, also reported a 2.9 quake struck just outside of Barstow minutes after the initial earthquake Friday evening.