The Latest: Dodgers' Julio Urias placed on leave by MLB 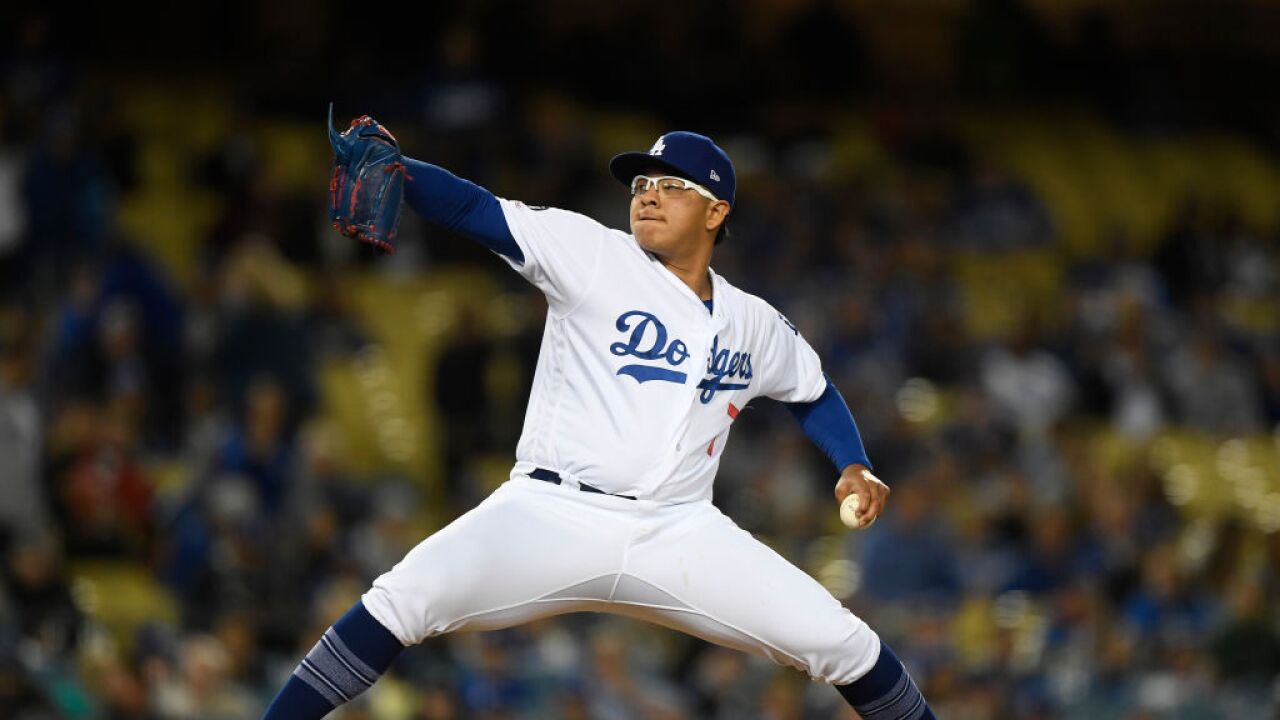 Major League Baseball has placed Dodgers left-hander Julio Urias on administrative leave while it looks into his arrest in a domestic battery case.

MLB said in a statement that Urias' leave is effective Tuesday and can last up to seven days. In previous MLB investigations, the length of the administrative leave has frequently been extended while the probe continues. MLB and the players' association agreed to a domestic violence policy in 2015, giving the commissioner the right to investigate and impose discipline.

Los Angeles police arrested Urias on Monday for investigation of misdemeanor domestic battery in the parking lot of a shopping mall. No details have been released.

The Los Angeles Dodgers say they are gathering information about the arrest of pitcher Julio Urias and do not have any immediate comment.

Los Angeles police arrested Urias around 7:30 p.m. Monday for investigation of misdemeanor domestic battery in the parking lot of the Beverly Center shopping mall. No details have been released.

The Dodgers' statement says the team learned of the alleged incident Tuesday morning.

The statement says all allegations of domestic violence must be taken seriously and addressed promptly. It says the Dodgers will cooperate fully with authorities and Major League Baseball.

There was no immediate response early Tuesday to an email seeking comment from Scott Boras, the agent who represents Urias.

No details of the incident were released.

There was no immediate response early Tuesday to emails seeking comment from the Dodgers and the agent who represents Urias.

Urias pitched three innings of scoreless relief for his second career save Friday night in the Dodgers' 5-0 victory over the Washington Nationals.