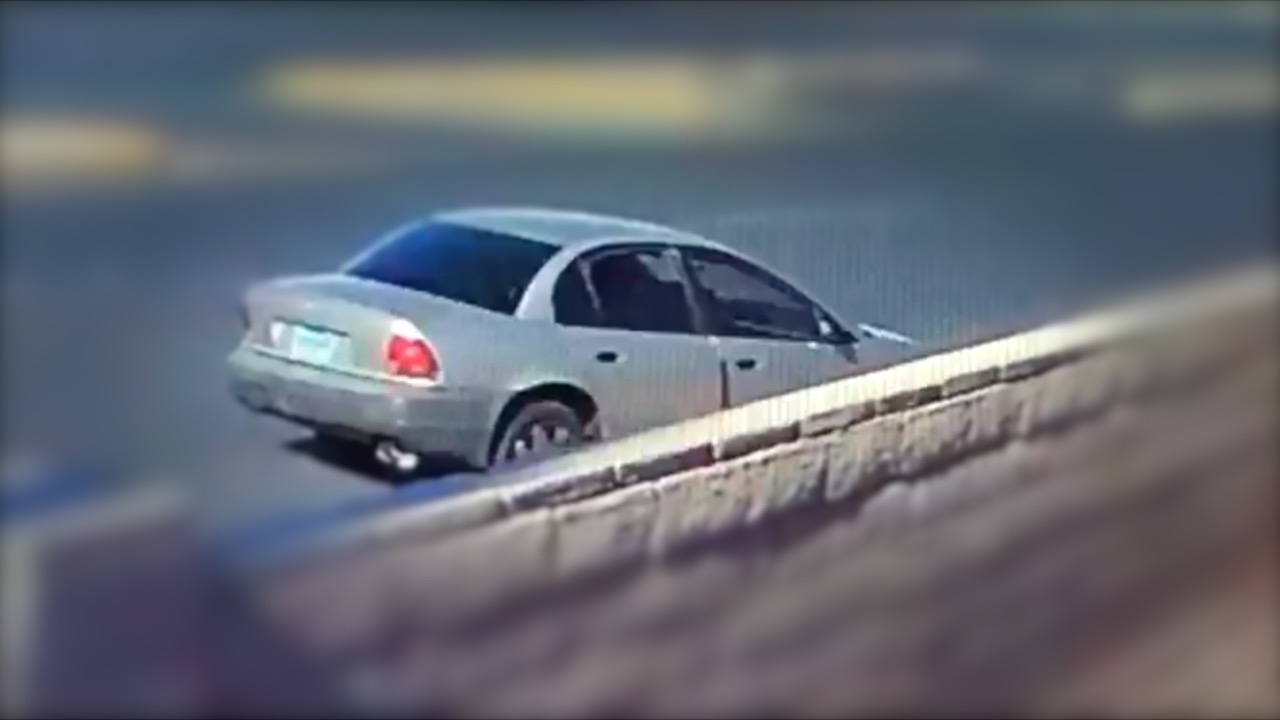 UPDATE 10:45 A.M. JUNE 10: North Las Vegas police have located the car they believe hit a woman on Sunday as she was walking her dog along Carey Avenue.

So far, no arrest has been made.

UPDATE 11 P.M. JUNE 9: A community is praying for the victim of a hit-and-run crash as she recovers in a Las Vegas hospital late Sunday.

North Las Vegas Police released surveillance video showing a gold four-door Saturn sedan hitting the woman as she was walking her dog along Carey Avenue early Sunday morning. The car then sped off down Lexington Street past Pastor Cory Mathews and the Prayer Center Revival Church.

"It's hurtful," Mathews said, "it's very saddening, disheartening, when you see something like that."

Police say the woman was taken to UMC Trauma badly hurt, and her dog was killed on the spot.

"It shouldn't surprise us," Mathews said, "but you know it does, especially being so close to home, right here where we're getting ready for service."

Pastor Mathews said he would tell his congregation to focus their prayers on the victim's recovery.

"We want to wrap out arms around her as best as possible," Mathews said "it's prayer that gets God's hands involved. It's prayer that really moves heaven."

Police are asking for help identifying the gold Saturn, and the person who was driving at the time of the crash.

ORIGINAL STORY: North Las Vegas police say they were notified of a car versus pedestrian crash near the area of West Carey Avenue and Lexington Street around 10 a.m. Sunday. A 32-year-old woman, along with her dog, had been struck by a hit-and-run driver.

The preliminary investigation says a gold Saturn 4-door sedan with faded paint was going westbound on Carey Avenue approaching Lexington Street when the vehicle left the road, striking the woman and her dog who were walking westbound Carey Avenue on the sidewalk.

The driver immediately fled the scene, heading southbound on Lexington Street. The Saturn also left behind debris from the front of the vehicle at the crash site.

The car will have significant damage to the front passenger side along with airbag deployment. The woman was transported to UMC Trauma in critical condition with head and spinal injuries. The dog she was walking was pronounced deceased at the scene.

Anyone with information regarding the whereabouts of the gold 4-door Saturn is urged to call the North Las Vegas Police Department at 702-633-1017 Extension 5116 or to remain anonymous, call Crime Stoppers at 702-385-5555.