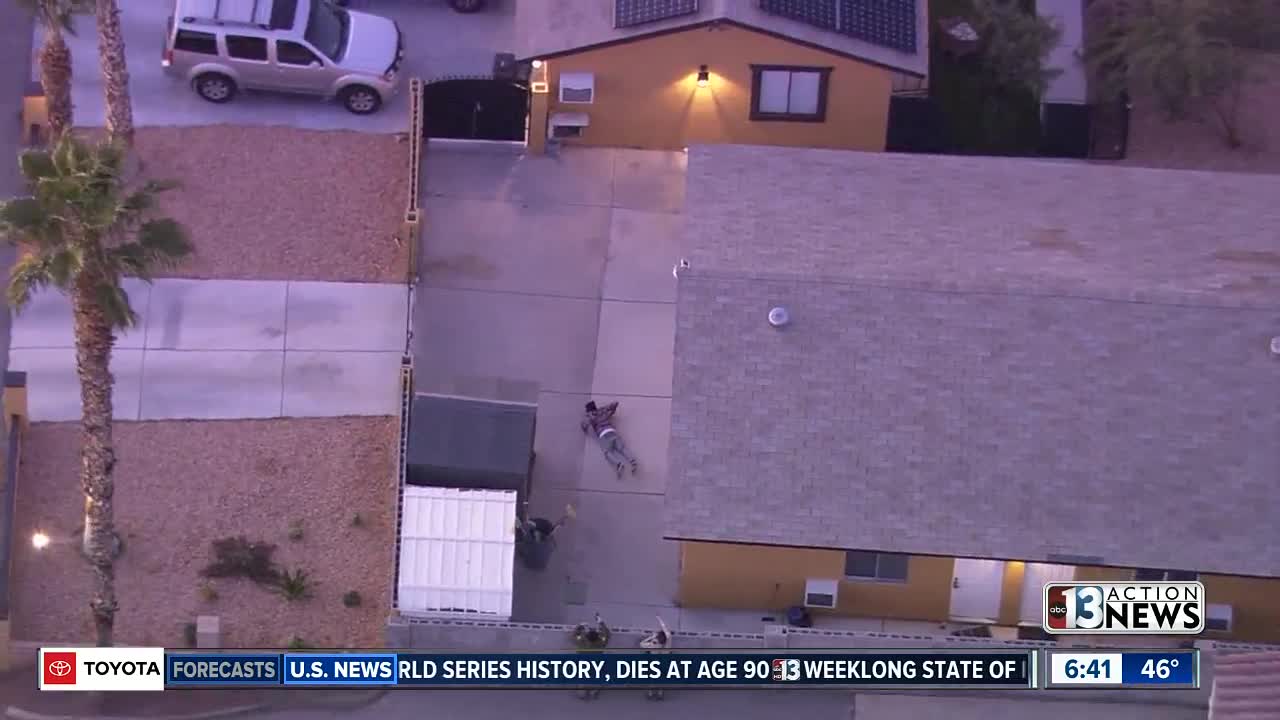 2 people were arrested Thursday morning near Duneville and Oakey after a police chase involving a silver Mercedes-Benz. Breaking news.

LAS VEGAS (KTNV) — A man and woman were arrested Thursday morning after a police pursuit in the Artesian Heights area of the valley.

Las Vegas police say the pursuit began when police officers spotted a grey Mercedes-Benz with stolen plates. They attempted to stop it, but the driver refused.

Chopper 13 caught up with the chase near Westwind Road and Sahara Avenue.

WATCH RAW VIDEO OF PURSUIT AND ARRESTS BELOW

During the short pursuit, the driver lost control and the vehicle spun out near Duneville Street and Oakey Boulevard.

The man and woman jumped out of the car and began running.

The man hopped over several walls and attempted to get into a home on Dunveille Avenue before he was arrested.

The woman was arrested nearby.

No one was injured during the pursuit and arrest. The original patrol vehicle involved was struck during the incident.