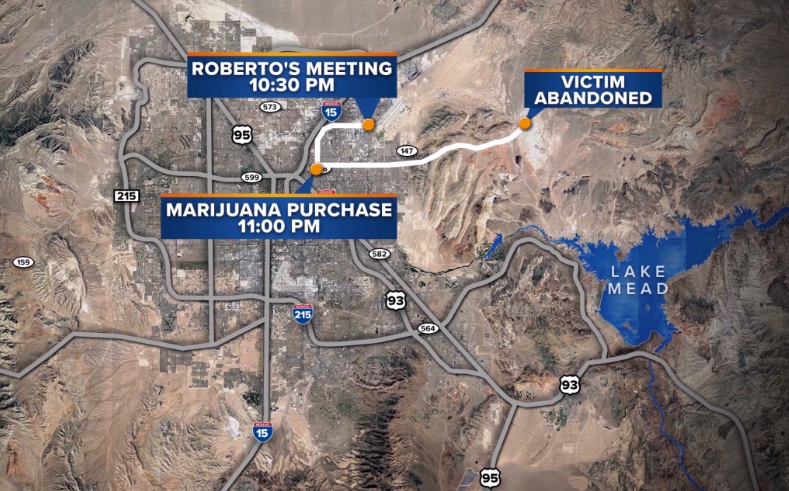 Three teens are accused of duping a man with instant messages, kidnapping, robbing, and then leaving him in the desert.

LAS VEGAS (KTNV) — Three teens are accused of duping a man with instant messages, kidnapping, robbing, and then leaving him in the desert.

Police say the juveniles used a teenage girl as the bait, according to a police report.

As the girl allegedly lured the man to a Roberto's Taco Shop and got him to drive her to West Lawn Cemetery under the appearance of buying marijuana.

The other two teens involved were waiting and met the pair at this location.

Police then report those teens jumped the man, robbed him, and put him in the trunk of a car.

After this incident, the teenagers drove the victim to a desert area, near Lake Mead, and told him to run for his life while shooting behind him.

According to the police report, the man was able to escape this incident by running to a passing car with that driver taking him to a nearby gas station to call authorities.

One of the teenagers, Baldomero Gutierrez, is being tried as an adult and faces several charges while the others involved were charged as juveniles.