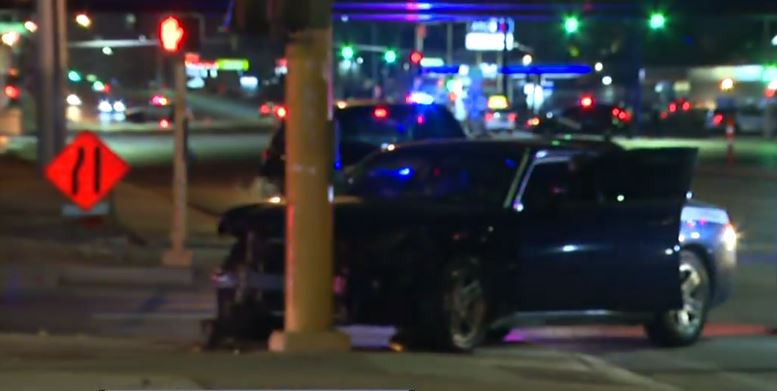 Las Vegas police are investigating a robbery and crash scene in the east part of town Wednesday evening. 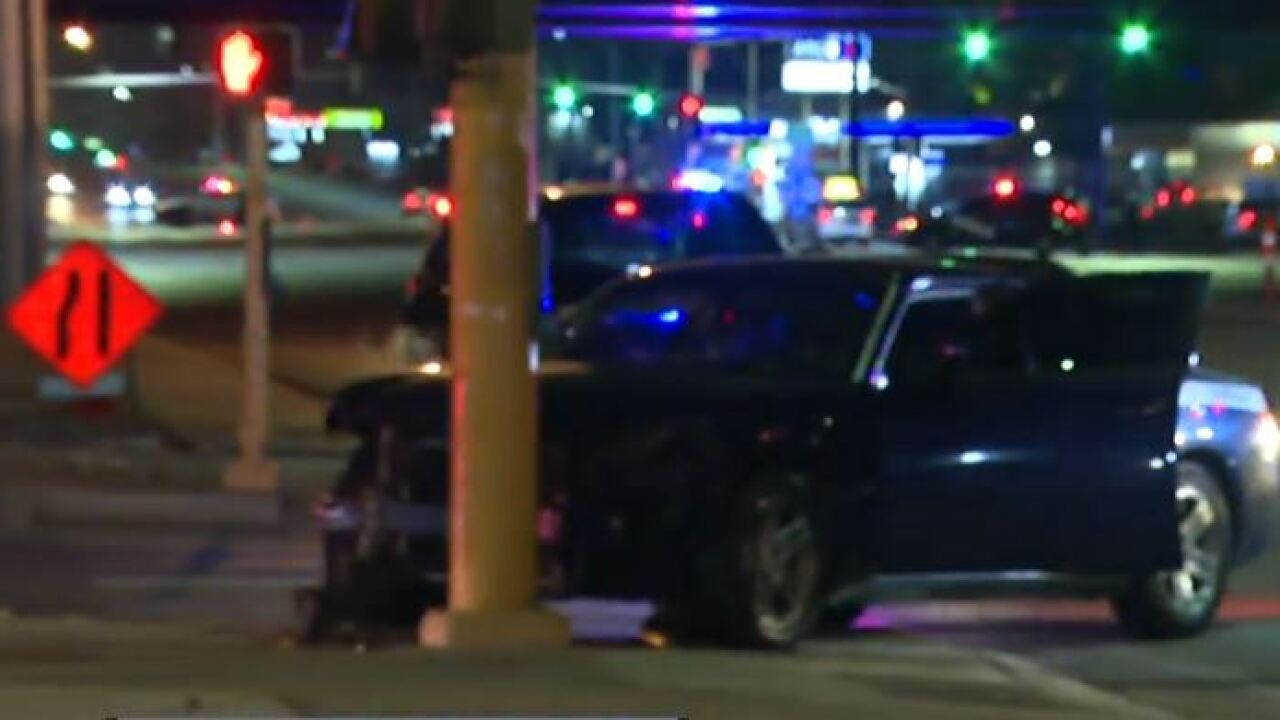 Officers responded to the 3600 block of East Flamingo Road at about 8 p.m. with reports of a robbery at a business.

Police said two men were armed and left that scene in a dark sedan, where they were then tracked to the area of US-95 and Charleston Boulevard where their vehicle crashed.

One of the men was taken into custody by authorities and the second was found later after initially escaping the crash scene, according to Las Vegas police.

The person in the other vehicle involved in the collision, near Charleston Boulevard, was taken to a nearby hospital with minor injuries.

Police described the suspected robbers as men in their 20s.

Authorities had Charleston Boulevard closed for several hours for their on-scene investigation between Honolulu Street and Sacramento Drive.