A man is accused of beating his wife to death with a baseball bat. 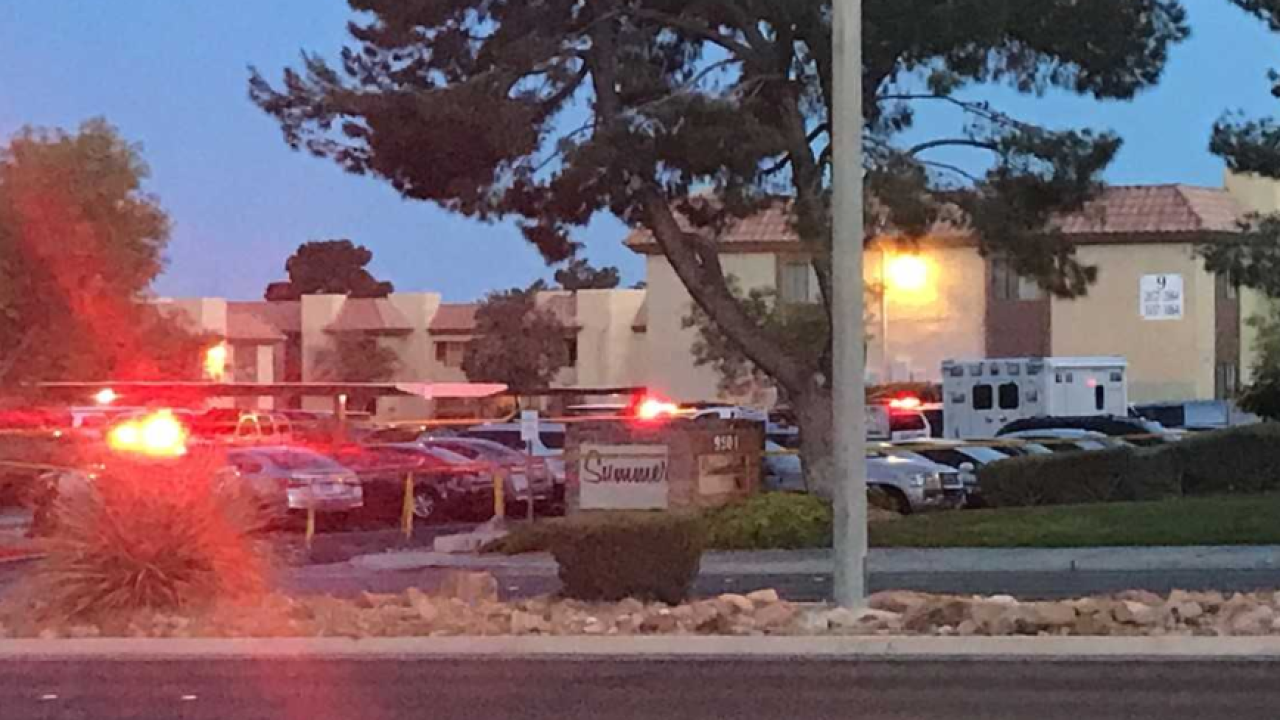 UPDATE MAY 18: Police have identified the man they believe beat his wife to death with a baseball bat.

The man is 37-year-old Slobodan Miljus. Police say that they found him lying beside his victim upon arrival.

Miljus has been booked into the Clark County Detention Center. The coroner will identify the deceased at a later date. The status of the couple’s child is unknown at this time.

ORIGINAL STORY
Las Vegas police said a woman has died in a deadly domestic-related incident in the west part of town.

Officers were called to an apartment in the 9500 block of West Sahara Avenue, west of Fort Apache Road, by a teenager who told police his mother was bludgeoned to death.

Arriving officers found a woman in her early 30s inside the apartment with an apparent head wound and an uninjured man in his late 30s in the same room.

Authorities took the man into custody and called paramedics to assist the woman, who had a faint pulse, according to police. She was transported to the University Medical Center but ultimately passed away.

Authorities did not immediately release what led up to the fatal situation but did say they located a bat inside the apartment.

Officers also said the couple was involved in a previous domestic-related incident and the teen had notified authorities about Friday's situation by calling them from a nearby gas station.

The incident remains under investigation according to police.