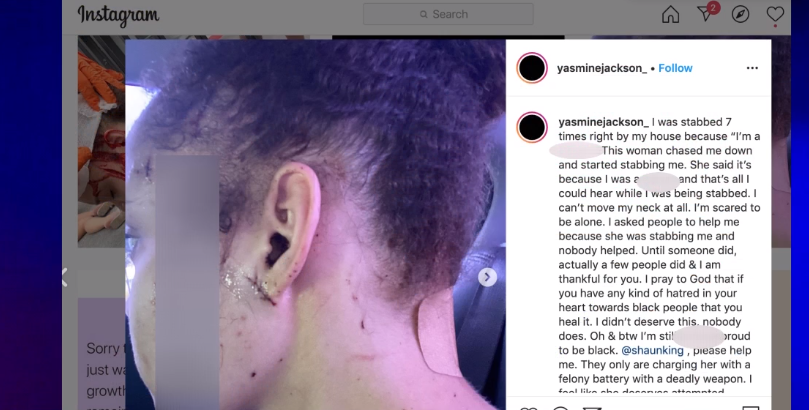 LAS VEGAS (KTNV) — Police say the granddaughter of Joe Jackson was stabbed several times as part of a hate crime in Las Vegas.

Police say 22-year-old Angela Bonnell is the suspect with Jackson posting pictures of the aftermath to her social media accounts.

According to court documents, Bonnell attacked Jackson and a friend near her home in the southwest on May 31.

Las Vegas breaking news for May 31

A man driving by was able to stop the attack, and witnesses say Bonnel could be hard yelling racial slurs at Jackson as she stabbed her.

The victim's grandfather Joe Jackson was the father of Michael and Janet Jackson.