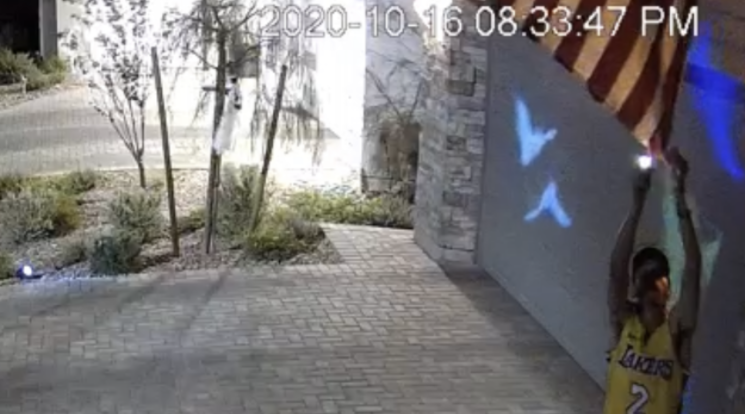 A Las Vegas homeowner says a campaign sign-stealing thief won't stop her from displaying her political views, but it's what happened after the act that got her attention. 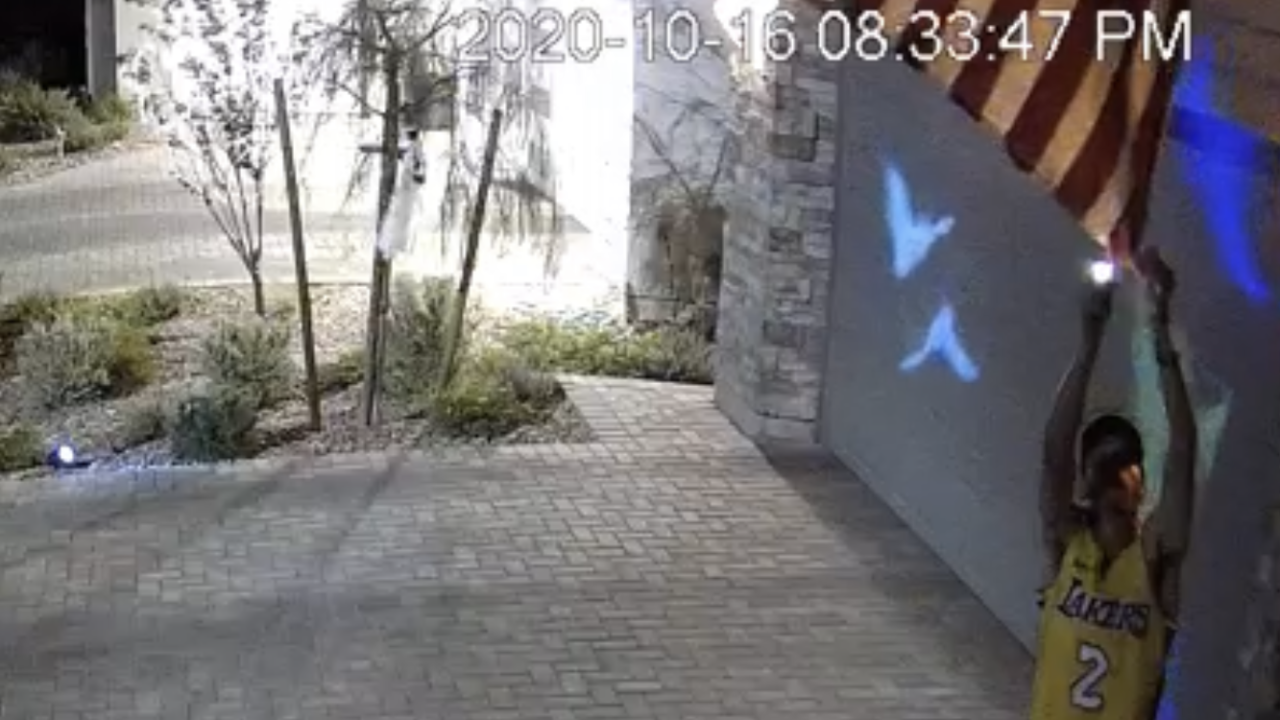 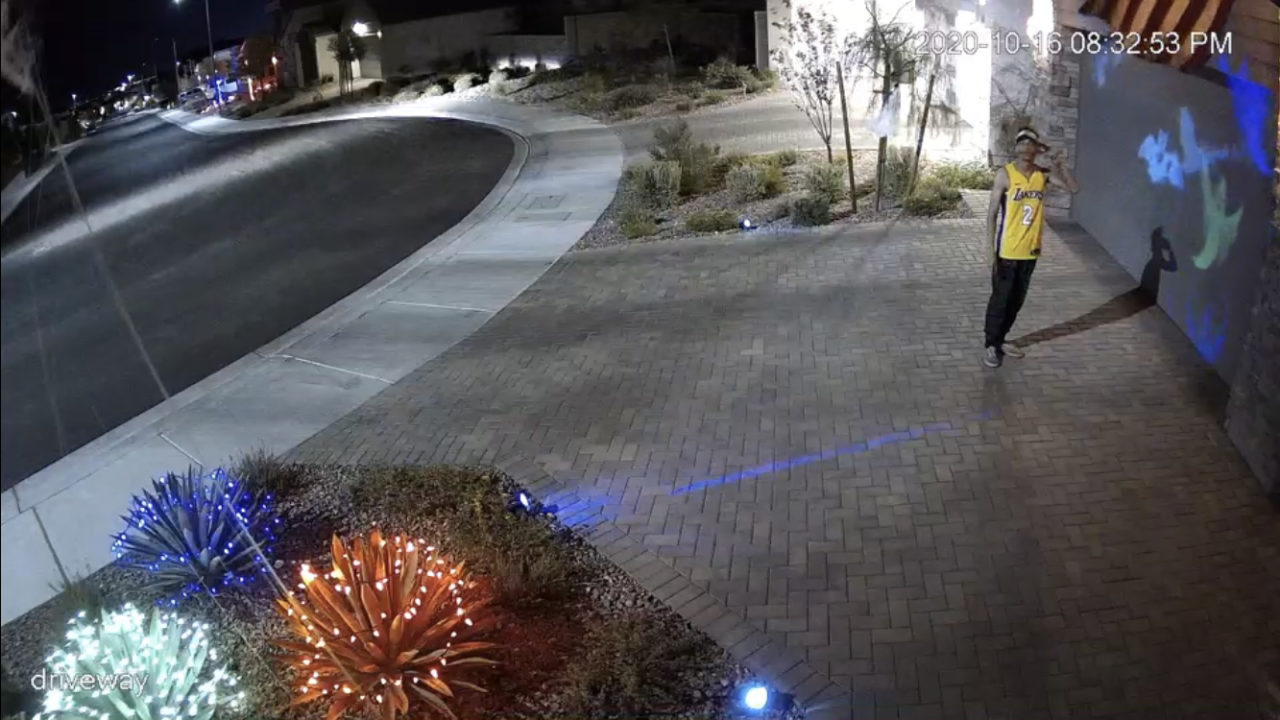 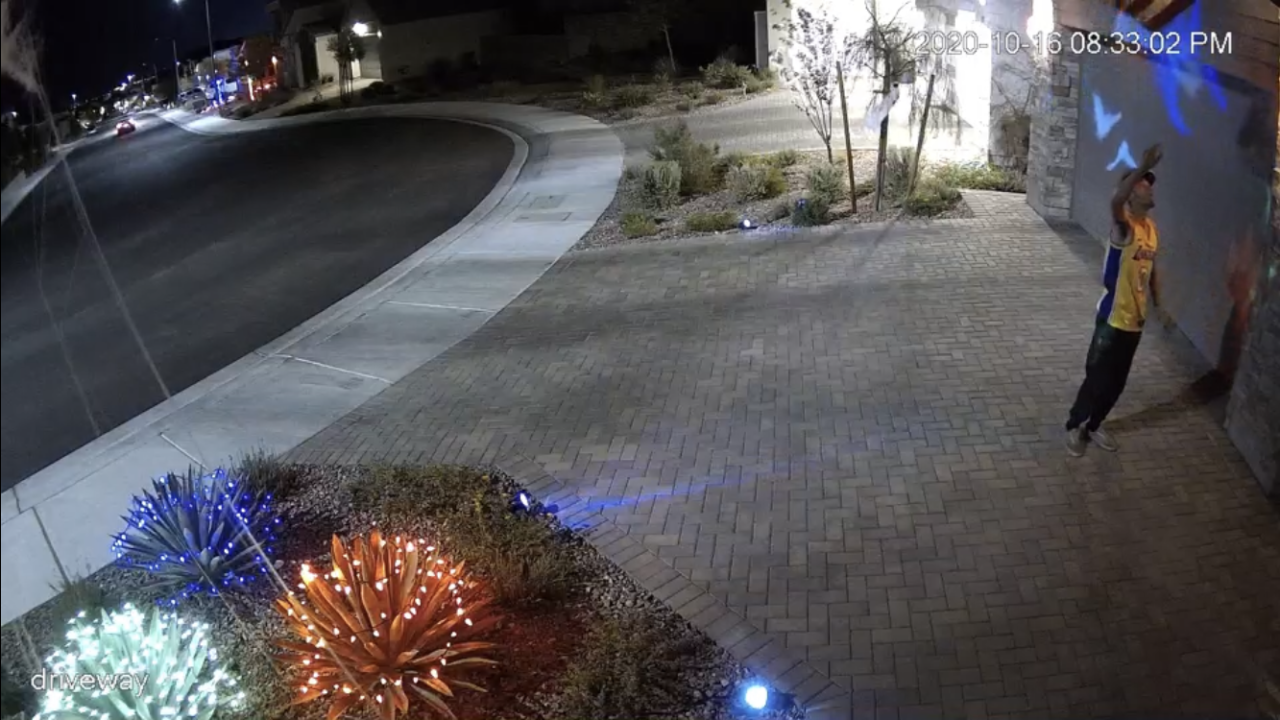 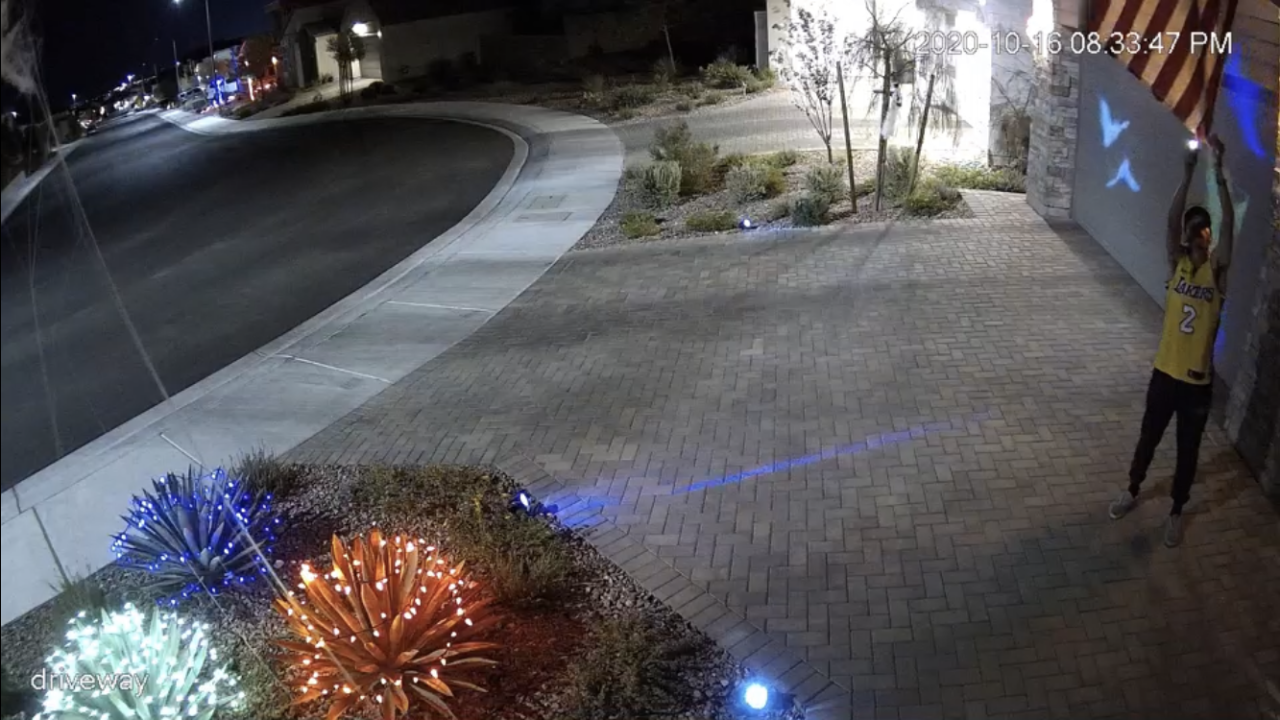 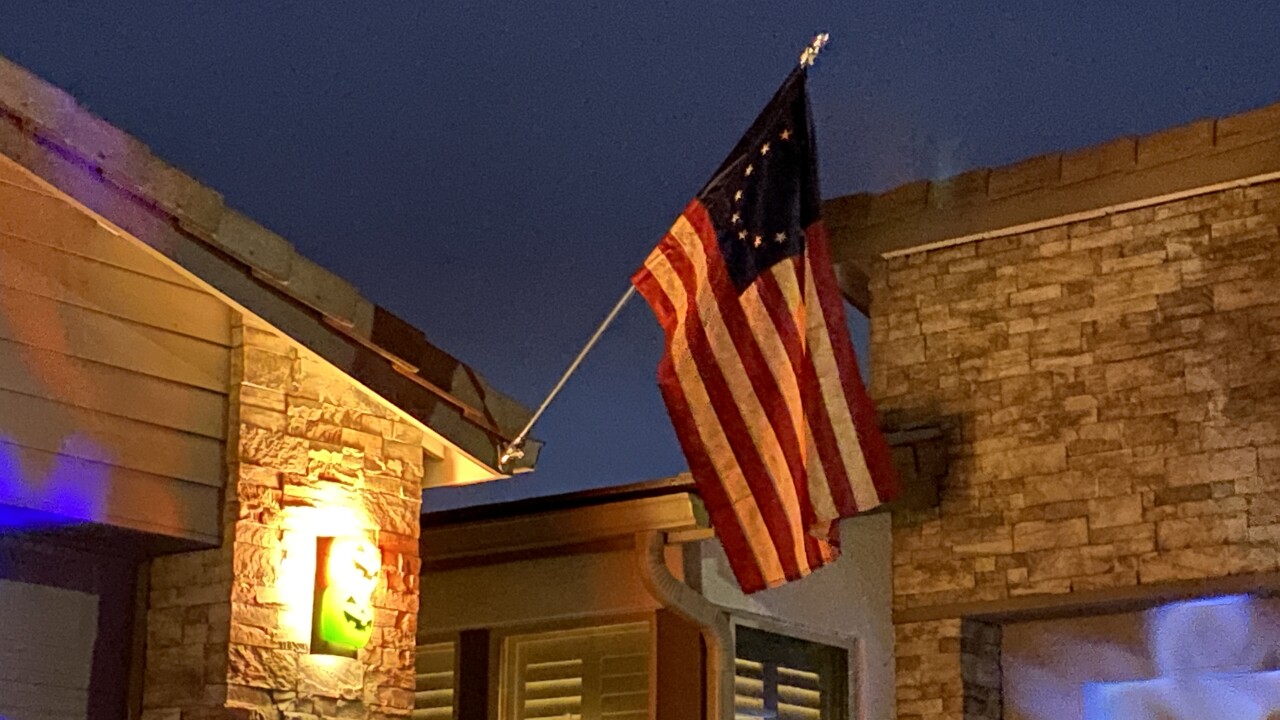 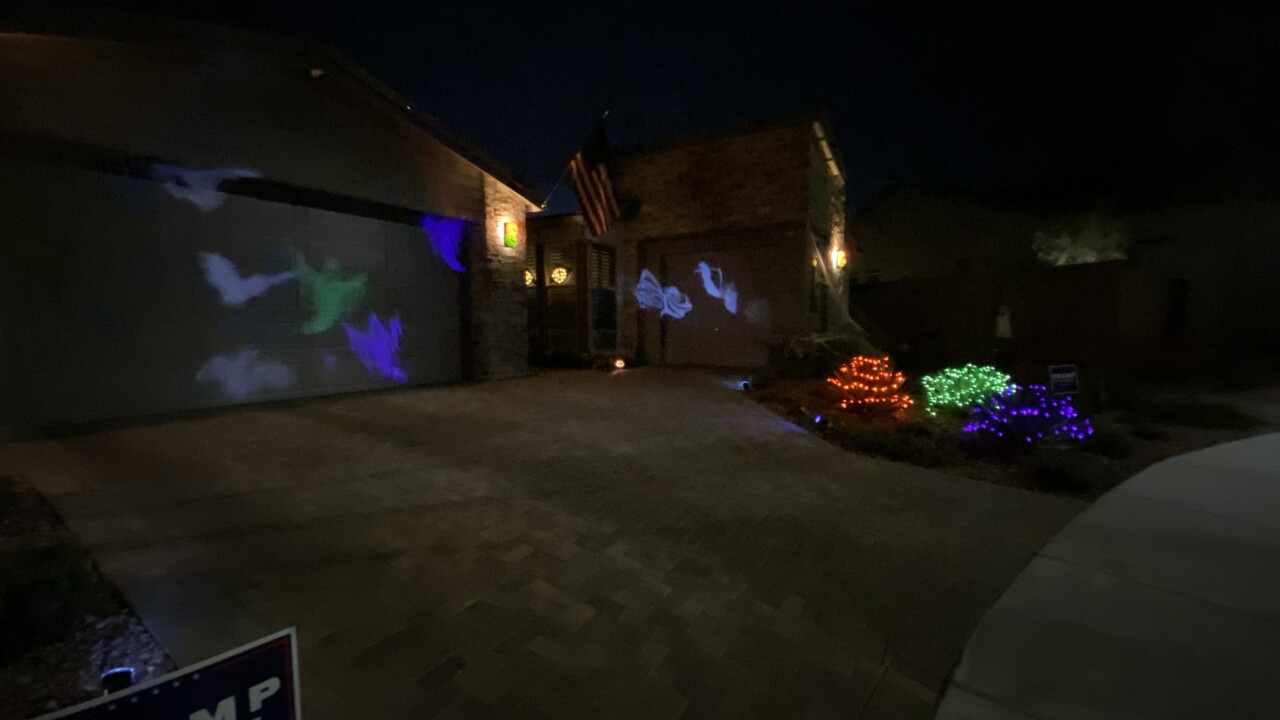 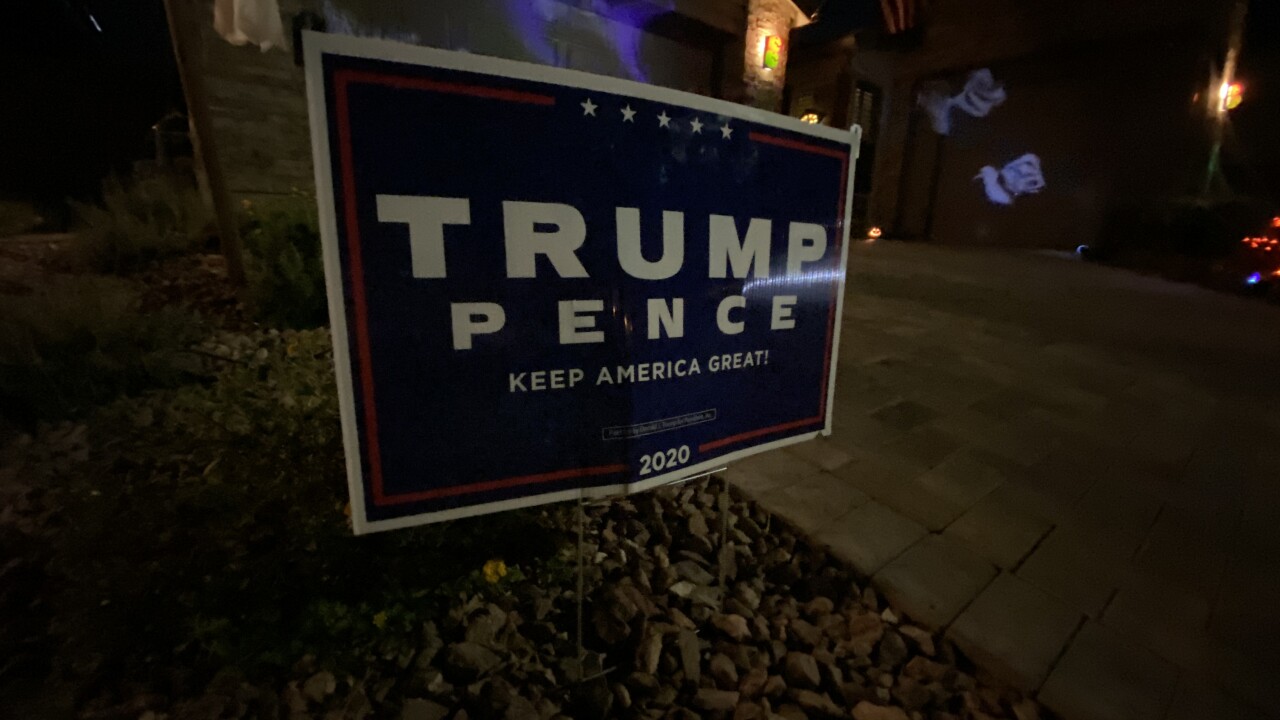 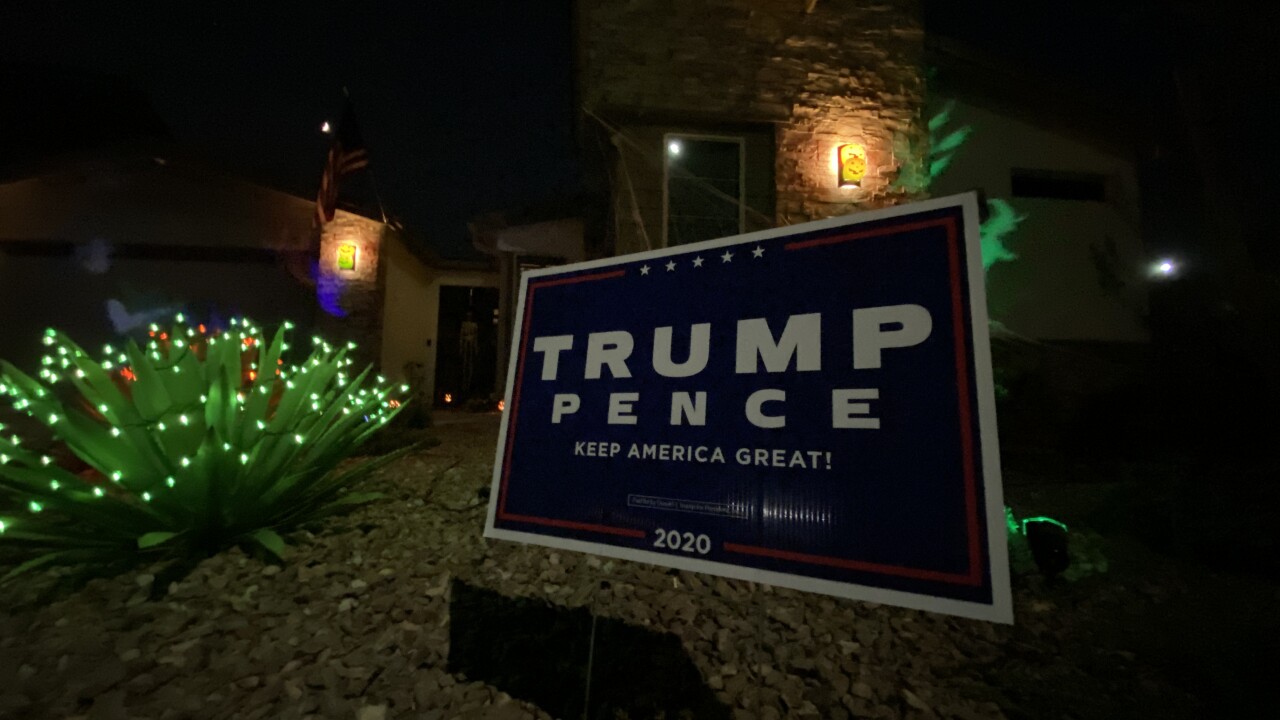 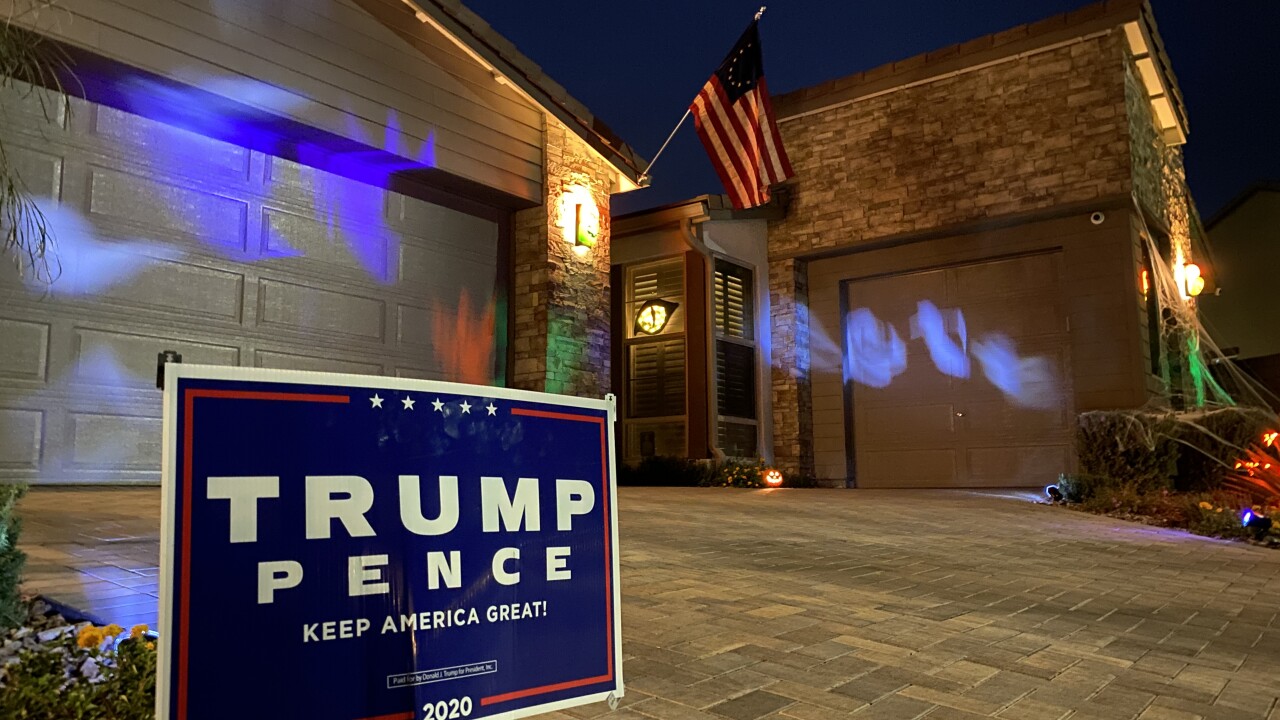 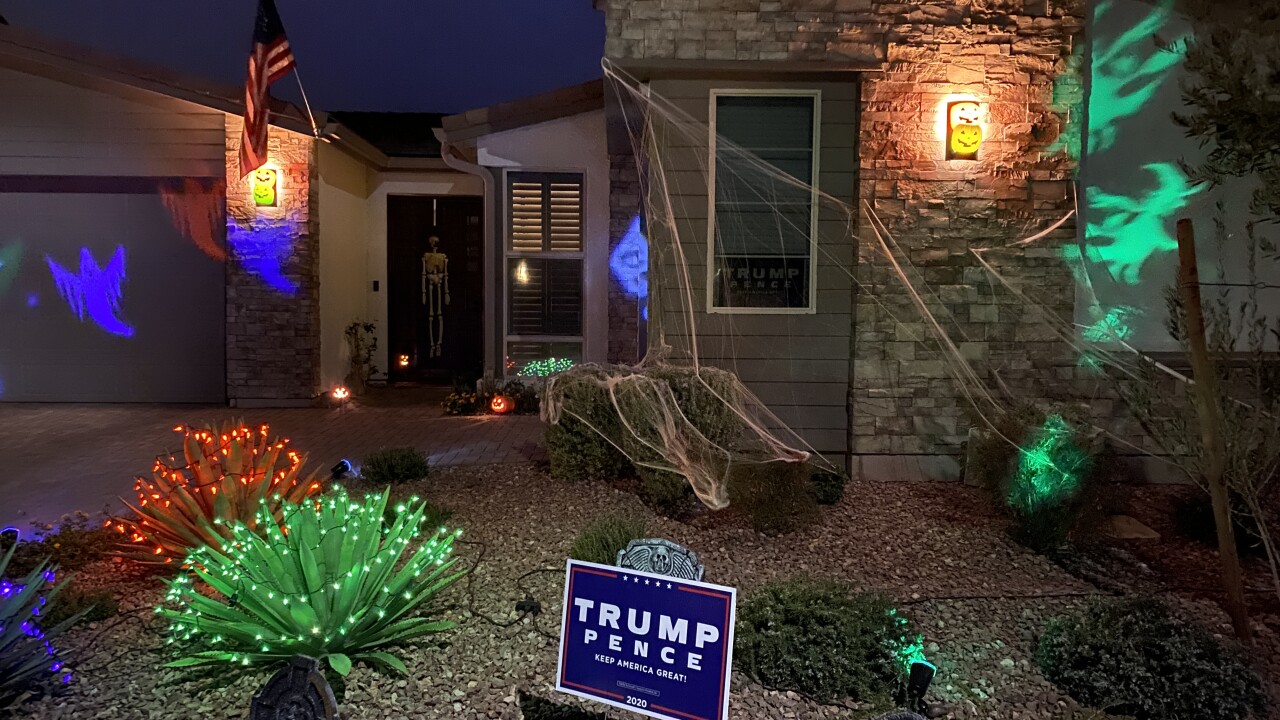 LAS VEGAS (KTNV) — A Las Vegas homeowner says a campaign sign-stealing thief won't stop her from displaying her political views, but it's what happened after the act that got her attention.

Christine Lavan says her security cameras caught a guy not only stealing her Trump-Pence campaign yard signs, but the thief came back to try and set her American flag on fire.

"We were home and we were none the wiser," said Lavan.

The video shows a man wearing a Los Angeles Lakers jersey exit a parked car and walk up to signs and swiped them from the home located near US 95 and Skye Canyon Park Drive, in the far Northwest part of Las Vegas.

Moments later the thief, at first, tries to grab the flag but struggles to reach it.

Seconds later the thief produces a lighter and can be seen attempting to light the flag on fire which was attached to the awning of Lavan's home.

"He tried to light it several times and fortunately, he couldn't," said Lavan.

"Anything could happen, it could have blown into another home, it could've caught our home on fire, it quickly could have gotten out of control," added Lavan.

Lavan reported the incident to Las Vegas police but says the case is awaiting to be assigned to a detective.

While Lavan waits for a police investigation, some experts say the crime is a sign of the times.

"Honestly, I expect it to get worse, I hate to say that, but I think this is a particularly contentious time," explained University of Nevada Las Vegas professor Natalie Pennington.

Pennington says the feelings are on both sides of the political aisle and may only worsen as election day approaches.

Earlier this week, 13 Action News reported a series of Biden signs were hit by paintballs on the east side of Las Vegas.

The Nevada GOP office near Rampart Boulevard and Cheyenne Avenue was also targeted around the same time by paintballs.

Pennington says the political discourse gets even more personal and nasty online with complete strangers due to the anonymity of the internet and intergroup communication.

"When we don't know someone, we think about them based on their group identity, so I stop thinking about someone as my friend, or a stranger, 'you're a Republican, I'm a Democrat, or you're a Democrat and I'm a Republican, it just has a very negative polarizing environment," explained Pennington.

"It's sad that even though you're allowed to think and say what you want, the Constitution says you can, people don't want you to do that," said Lavan.

13 Investigates asked Las Vegas police about a potential rise in politically motivated theft and vandalism but a spokesperson says the department does not track those specific numbers.