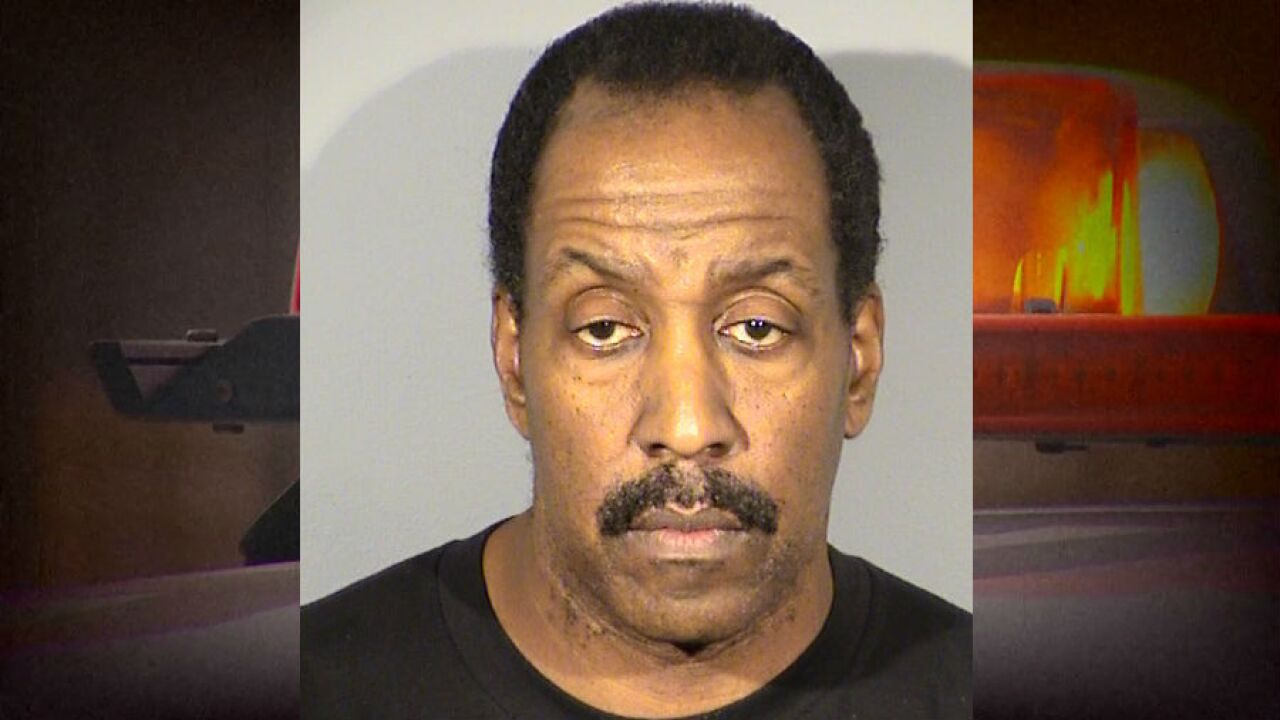 Sgt. Robert Griffin was arrested last week on burglary charges. He told police he stole a Canon Rebel EOS T6i camera from West Career and Technical Academy on either Nov. 30 or Dec. 1 and sold it on Offer Up for $300. He also admitted to stealing a Canon EOS 80D camera from the school on the same days. He told police he stored it in a locker at the outlet mall when he was requested to respond to the CCSD police station.

Griffin told CCSD police that he took the items to sell due to financial hardship. He said he had put earnest money down on a new home but owed a creditor $367 and wanted to pay the debt.

Police reviewed surveillance footage from the classrooms after teachers reported cameras and other tech items stolen.

Griffin was captured on surveillance cameras in the classroom around 10:30 p.m. Nov. 30. Griffin's flashlight was seen moving in the area of a storage closet. He is then seen leaving around 11 p.m.

Griffin was then seen again the afternoon of Dec. 1 around 3:45 p.m. carrying a Carl's Jr. drink cup, leaving shortly after 4 p.m. The Carl's Jr. cup was later found in the trash by police.

Police also looked in Griffin's work vehicle and found a barcode sticker from West Career and Technical Academy in the center console, which was then determined to be the barcode associated with the stolen Canon EOS 80D.

A search of Griffin's home led to a tag with the barcode sticker of the stolen Canon Rebel EOS T6i on top of his refrigerator.