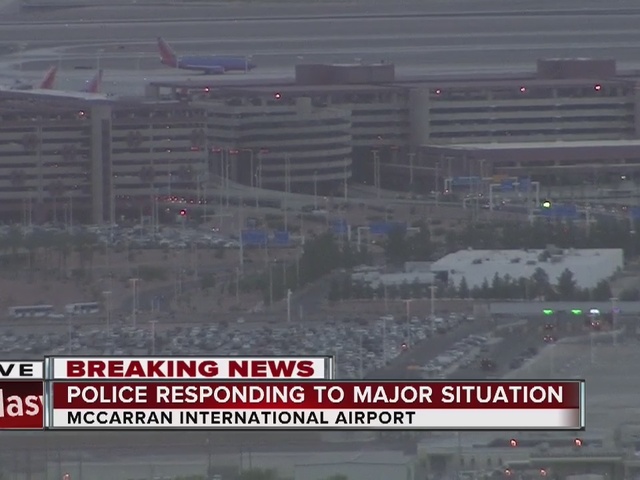 There are reports of a shooting at a McCarran International Airport parking garage Monday evening. 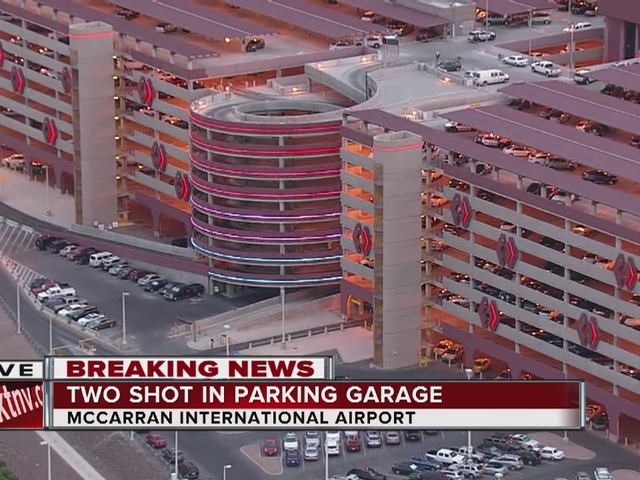 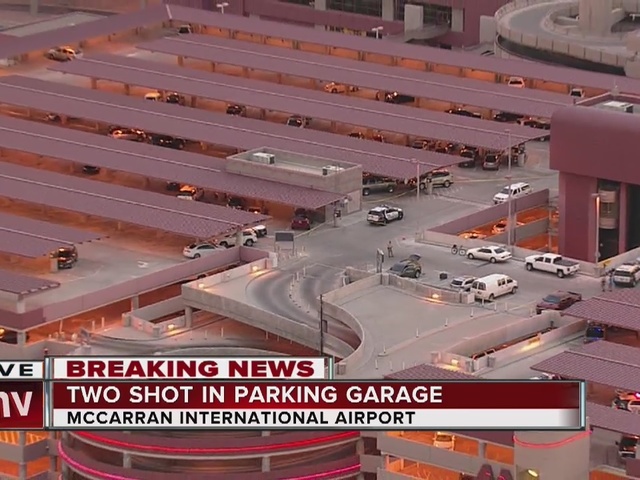 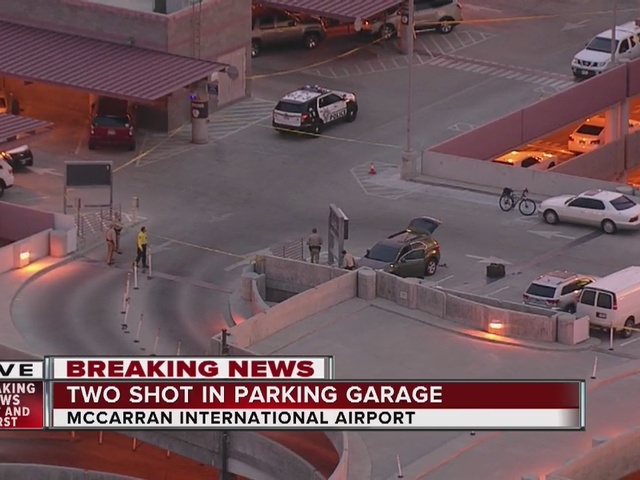 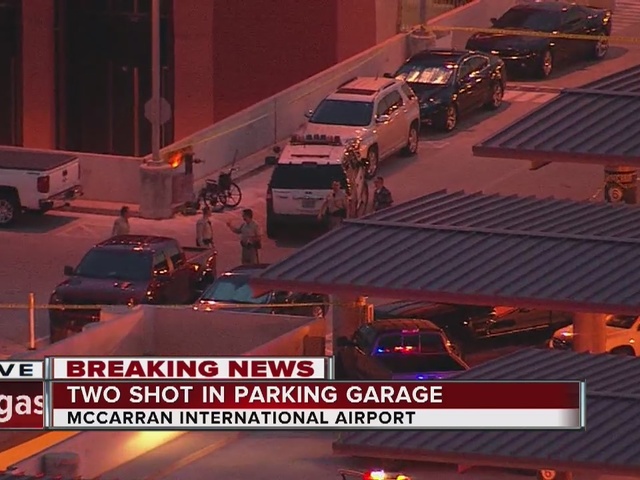 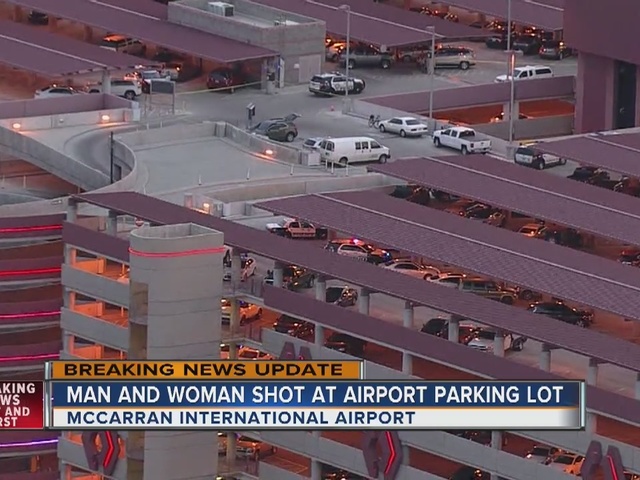 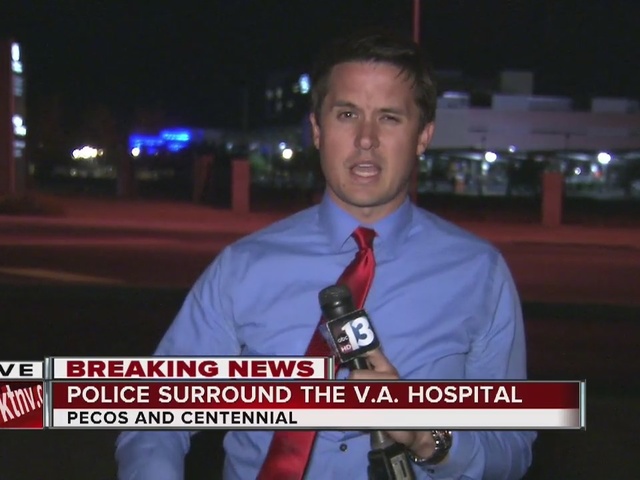 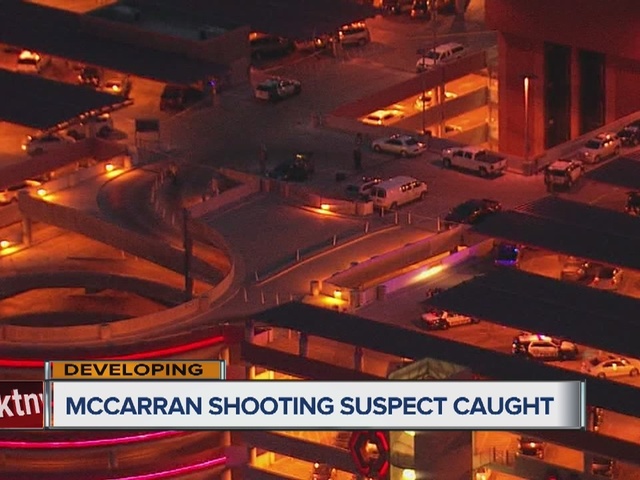 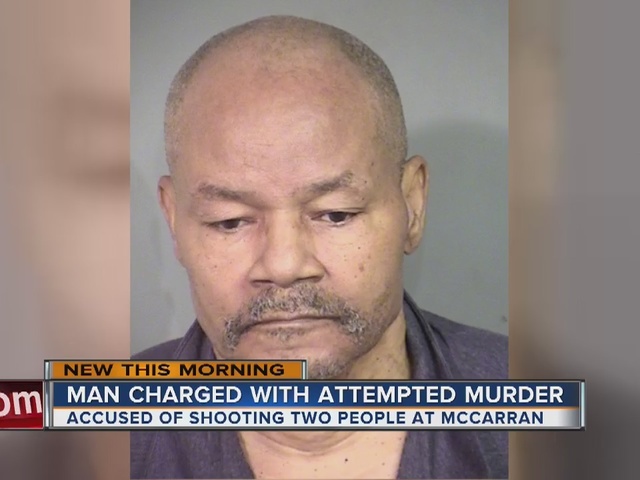 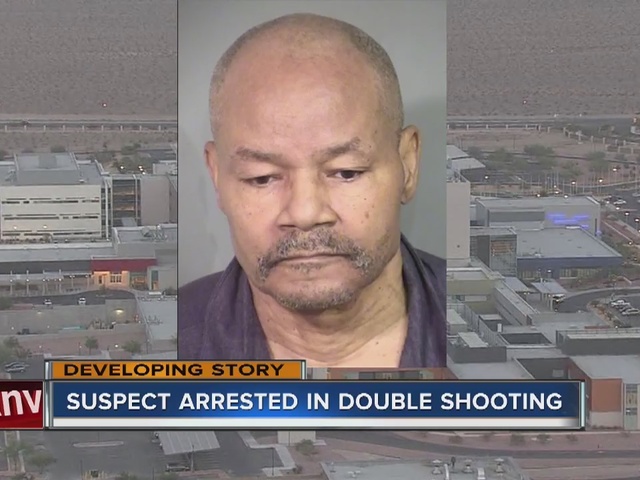 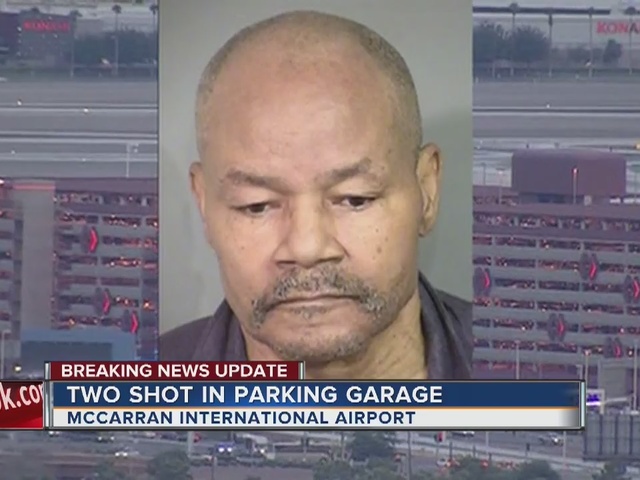 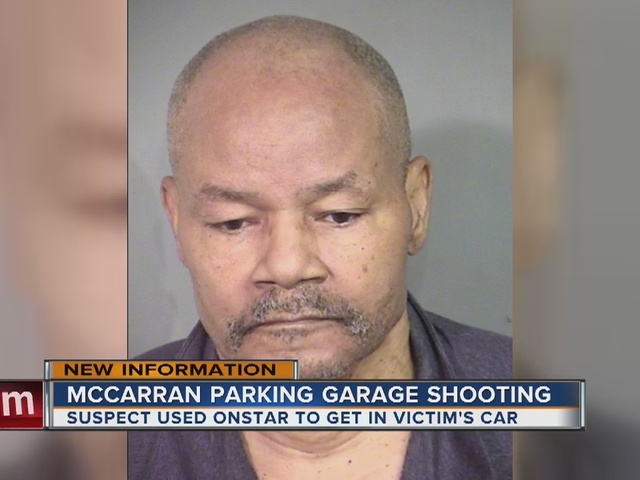 LATEST: A police report revealed new details about the events leading up to the shooting at McCarran Airport on Monday.

The reports said the female victim, Fara, and the suspect, Jeffery Brown, were in an estranged marriage.

Fara, her boyfriend, and her boyfriend's son traveled to Indianapolis on Sept. 14. During the trip, Fara received a call from Brown, who police said broken into Fara's apartment in Henderson and used OnStar to open her vehicle.

When the victims returned from their trip, Brown approached the three in a gray Ford Escape inside the McCarran parking garage. Police said Fara's boyfriend and Brown exchanged words. Then, Brown shot the boyfriend and Fara, according to the report. The son fled towards the 6th-floor exit ramp on foot while Brown drove away from the scene.

Police eventually caught up to Brown as he was visiting a VA hospital in North Las Vegas. He was taken into custody without incident.

UPDATE: Detectives at the Las Vegas Metropolitan Police Department identified the suspect as Jeffrey Brown. He was charged with two counts of attempted murder, two counts of discharging a firearm in a prohibited area, and one count of assault with a deadly weapon.

The suspect was taken into custody at the VA Hospital in the 6900 block of North Pecos Road in North Las Vegas without incident late Monday night.

The victims got off a flight and headed to the long-term lot of the parking garage, which is where police said the suspect shot them both. The male suspect had been in a previous relationship with the woman, according to police.

The victims were conscious when transported to Sunrise Hospital. Both of them are in stable condition.

The airport connector tunnel was closed for about 45 minutes as police investigated. There were no flight delays as a result.

"It is an ongoing investigation. We don't want to get into the details right now. We have options tact is out there out in the field right now that are following up a number leads. We don't want to compromise any of that," said Capt. Vincent Cannito, LVMPD Airport Bureau Commander.

The sixth floor of the Terminal 1 parking garage was also blocked off. The terminal itself was not affected.

"Most importantly we want to stress that there is been no significant threat to this airport. Fortunately this is an isolated incident domestic violence in nature," Cannito said.

Victims were conscious. Unclear how badly they were injured. TSA agent on scene says he has not heard anything about motive. @KTNV

Shooting happened on the sixth floor of the parking garage terminal one. @KTNV pic.twitter.com/4hIx33uqKd