A honeymooning couple accused of beating, stabbing and leaving a rideshare driver tied up at a truck stop, say the driver was hitting on the wife before the husband attacked. That's according to the newly released arrest report. 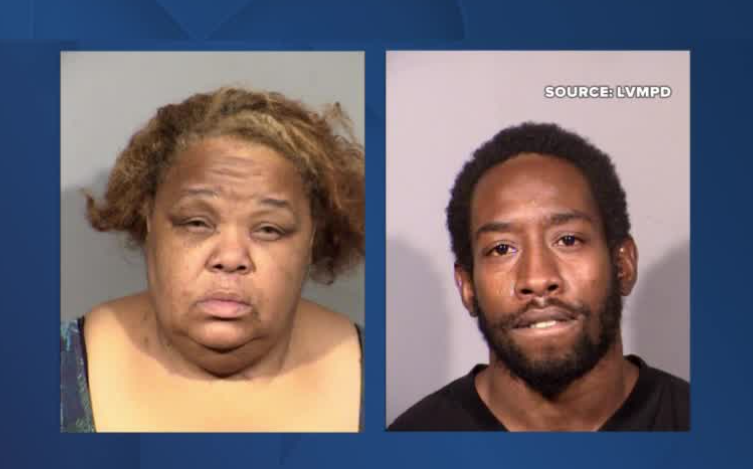 LAS VEGAS (KTNV) — A couple from Illinois on their honeymoon in Mesquite told police that a rideshare driver made advances at the wife before the husband allegedly stabbed and robbed him earlier this month, according to details outlined in the arrest report.

Chantilly Farmer and Devonte Roberson were arrested on Sept. 17 and are currently being held at Clark County Detention Center, Farmer on $62,000 bail and Roberson on $102,000 bail.

The driver, Charles Neault, told police he knew the couple before the stabbing, saying he had driven them around Mesquite after their car broke down.

He says he drove them to Walmart and Autozone to get parts to fix their car, then they swapped phone numbers so he could continue to provide them with transportation during the trip, the report says.

Neault told police he received a call from Farmer a few days later that their car had broken down at a McDonald's in Henderson.

When he picked them up around 10 p.m., the report says, they were sitting next to their broken-down vehicle in foldable lawn chairs.

They were on their way to the Virgin River Hotel, where the couple was staying in Mesquite, when Roberson allegedly stabbed Neault as he was driving.

Neault stopped the vehicle and says Roberson left the car to sit in the passenger seat while holding a knife. The report goes on to say he told Farmer to tie Neault's hands behind his back and put him in the back seat.

They pulled into a gas station and the report says Neault jumped out of the car and was able to get help. Security footage allegedly shows the car speeding off after he gets out, the report says.

The couple told police the stabbing happened because Neault allegedly came on to Farmer. Farmer told police Neault told her he likes women with "large breasts" and complimented her breast size.

Roberson told police that he saw Neault staring at his wife seconds before the stabbing.

They are both expected to appear in court this morning.