The arrest report has been released for former USA Gymnastics coach Terry Gray. Gray coached in Las Vegas from 2009 to 2015. He was suspended by USA Gymnastics in 2019. The 52-year-old coach is facing 14 counts of lewdness with a child under the age of 14. He was arrested on July 10 and later released on bail. 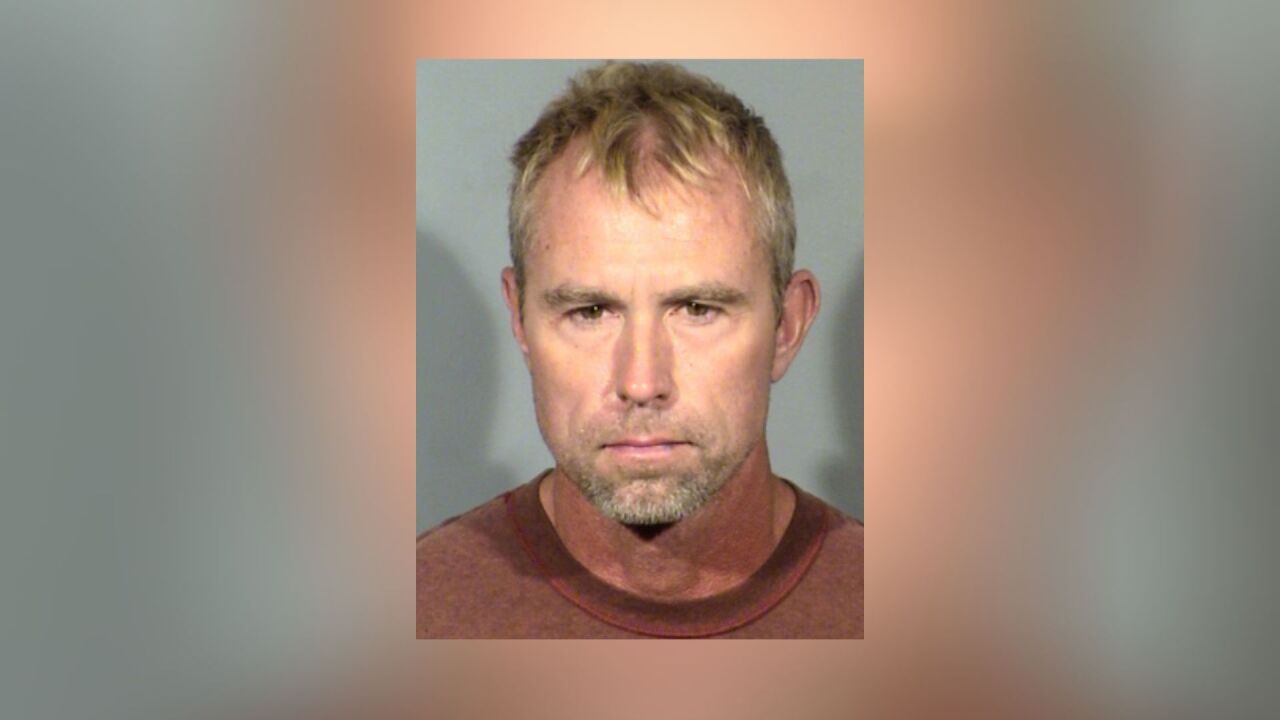 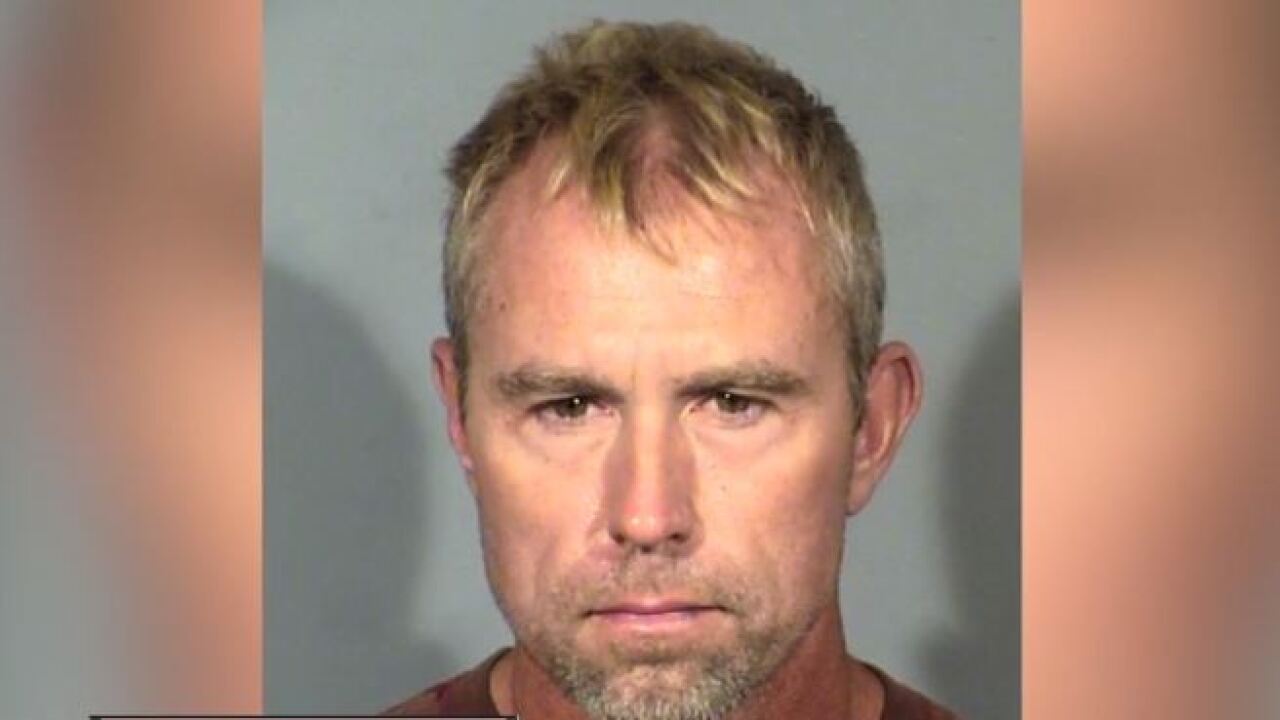 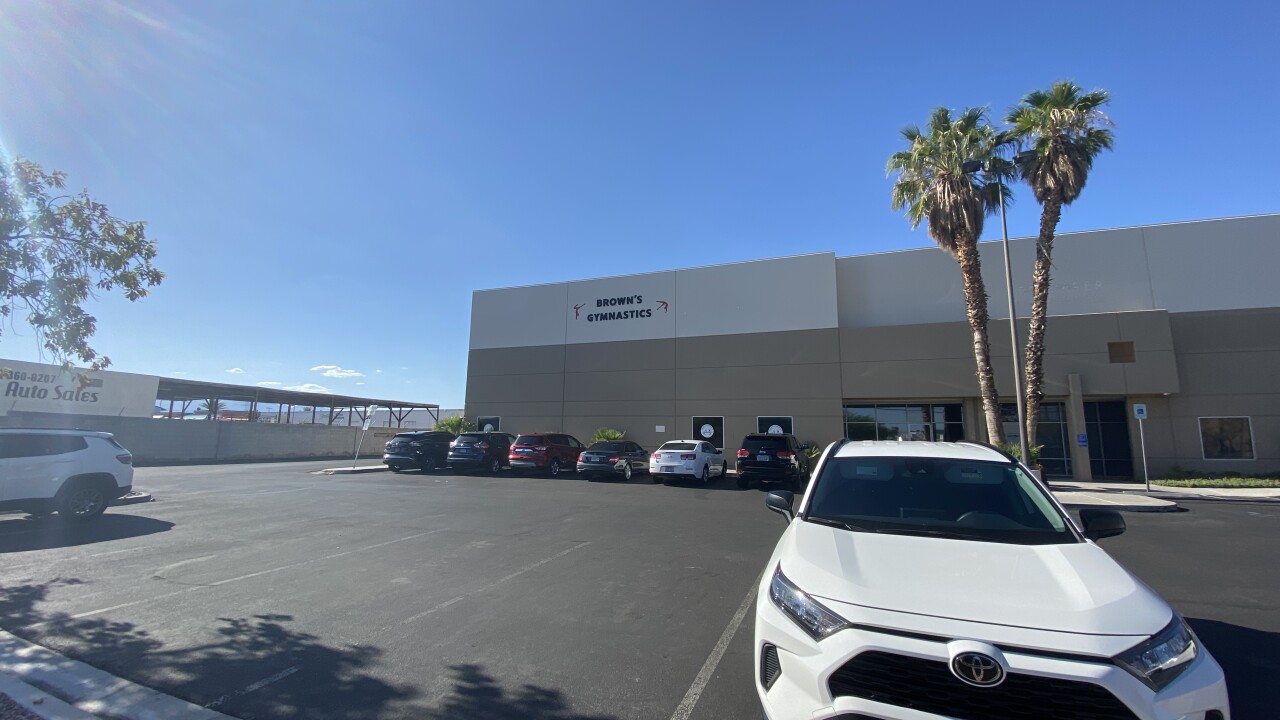 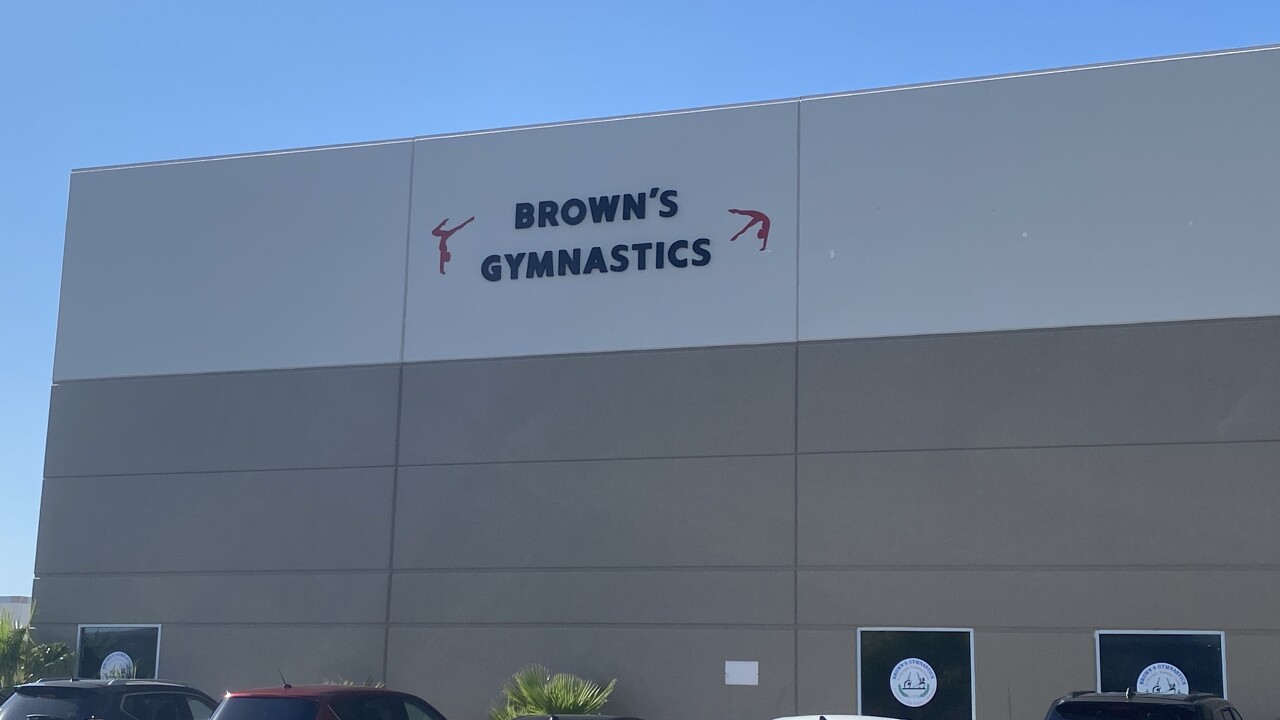 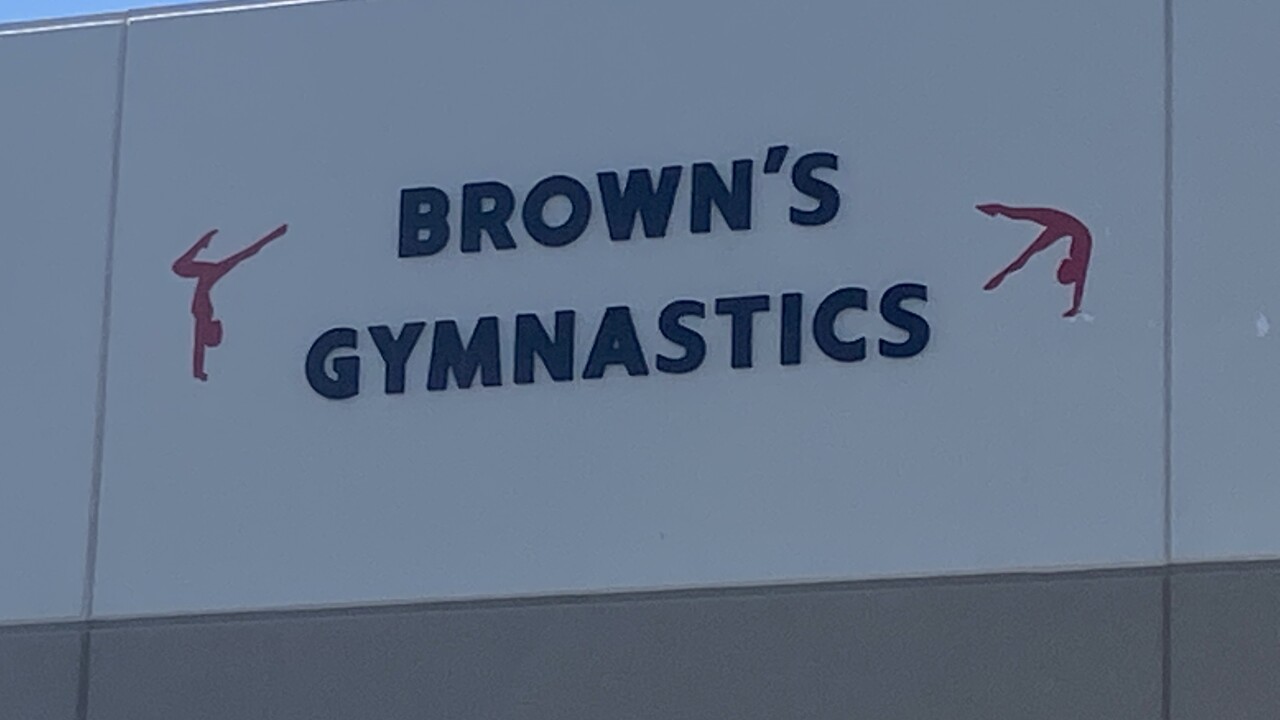 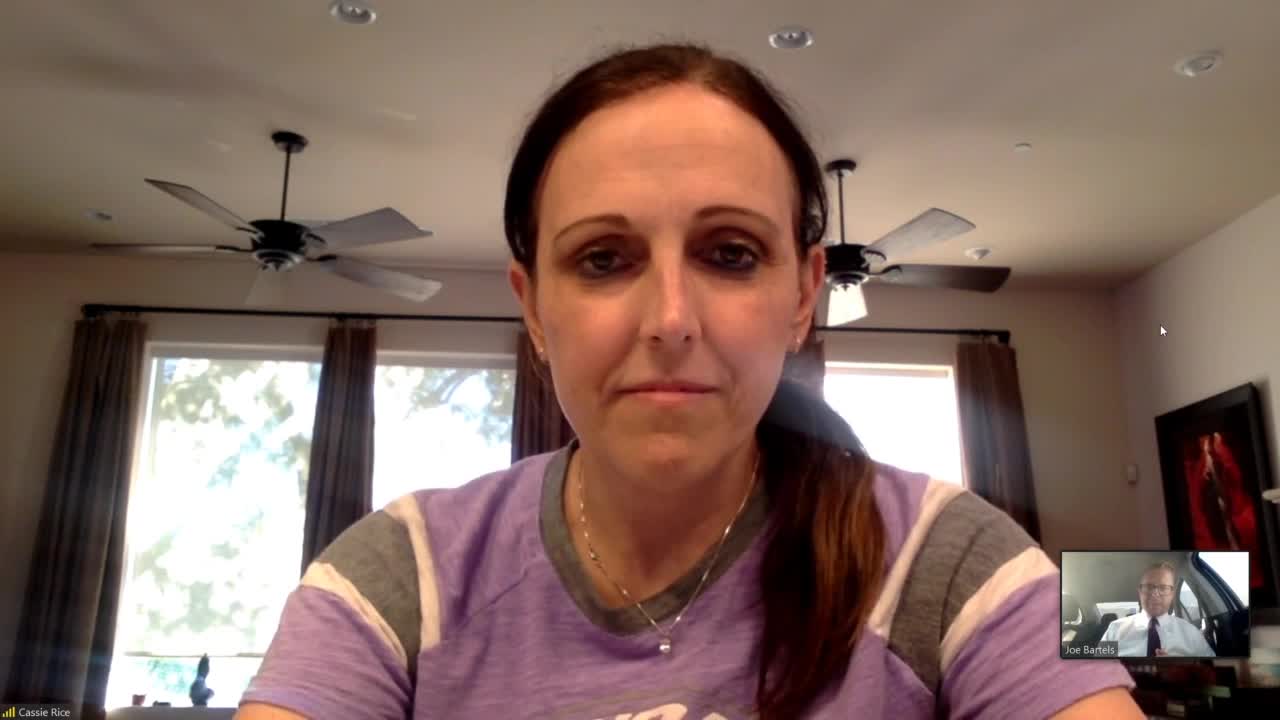 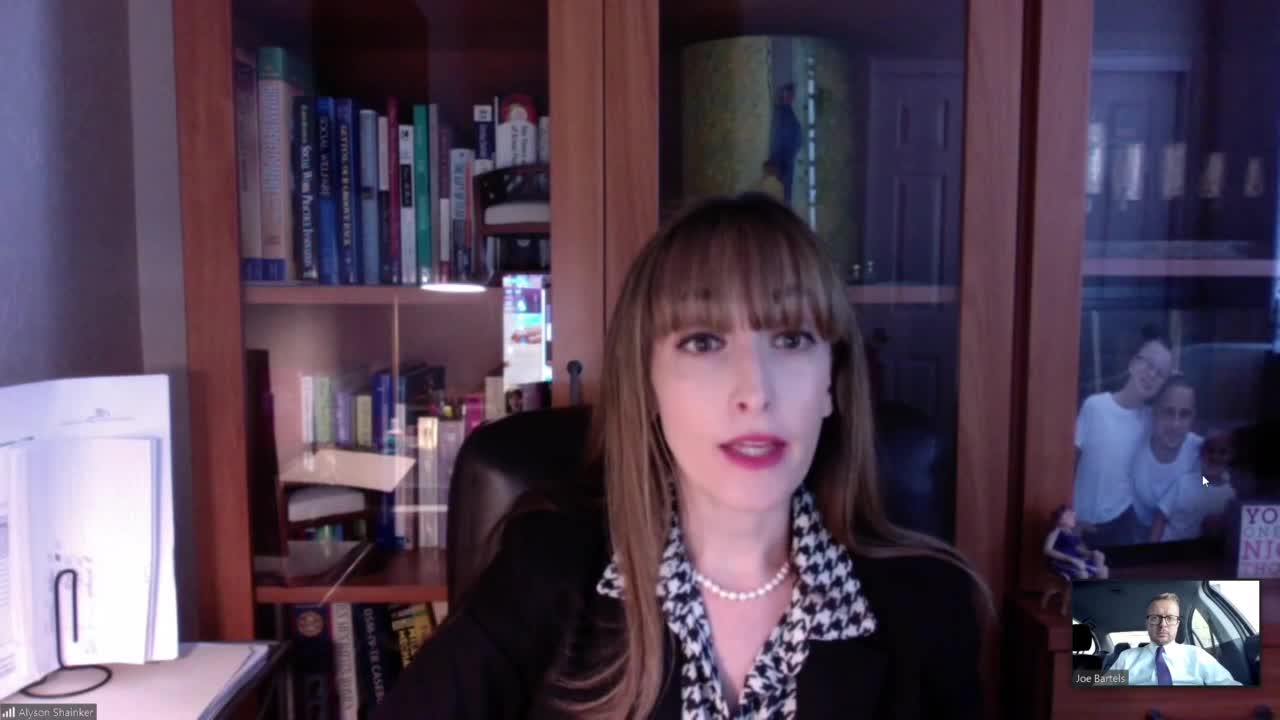 LAS VEGAS (KTNV) — WARNING: The details of this article and attached report may be disturbing to some readers.

The arrest report has been released for former USA Gymnastics coach Terry Gray.

The 52-year-old coach is facing 14 counts of lewdness with a child under the age of 14. He was arrested on July 10 and later released on bail.

The investigation began after a letter was received May 17, 2019, from USA Gymnastics. It was accompanied by a “Sexual Abuse Proof of Claim” form that was required to be completed by an athlete for a filed civil notice in the bankruptcy court.

The form claimed that Gray would give the victim and her teammates “full body massages before almost every practice” and would nibble and bite her ear often.

The victim also claimed that Gray would tell her that he was the only boy allowed in her life, make her wear sweats to school and get mad if she wore something “cute.”

During a verbal interview with the investigating detective, the victim described as Gray being “emotionally abusive” towards her after she “broke her back.” She said that he told her that there was “no light at the end of the tunnel” and that she “was going nowhere.”

The victim also said that it wasn’t until she took a required sexual abuse coach that she realized that Gray was possibly “grooming” her, adding that she believed he was doing the same to other girls.

According to the victim, Gray was fired from Brown’s Gymnastics after a number of parents complained about how he was treating gymnasts during meets or when the parents were picking up the girls from practice.

Another gymnast interviewed told police that Gray was very strict with her about her weight and would punish her by making her run laps for four hours during practice if she was 1-2 pounds too heavy.

In another incident, Gray allegedly took a gymnast to see a Cirque du Soleil show. The gymnast told police she felt like it was a date because they dressed up and Gray was overly friendly with her, kissing her on the cheek, nibbling her ear and grabbing her buttocks during the date.

Additionally, the gymnast described how Gray would inappropriately spot her during press handstands. The gymnast alleged Gray would touch her genital area while he was spotting her.

Gymnasts interviewed by the police also described Gray’s behavior during stretching exercises and how they would rush to help each other to avoid having him help. One of the gymnasts said he would position himself in between the legs of the girls and place their feet in his groin area. He would also lay over the girls and aide them in stretching or he would straddle their buttocks and rock back and forth as they stretched.

Police also spoke with a father of one of the gymnasts who described Gray’s behavior as inappropriate.

In addition to the observing Gray touching girls, the father told police that Gray insisted that their daughter continue working on the uneven bars after a shoulder injury and then became upset when the girl’s parents did not want her to have surgery.

Another parent told police that her daughter was forced to compete during a mock competition even though she was ill. She also told police that she observed Gray being inappropriate when helping the girls with stretching. She said she also observed favoritism. Additionally, she said that when Gray discovered her daughter was having some physical and mental issues, he stopped coaching the girl and the girl was no longer allowed in the gym.

Another gymnast described how Gray called her a “piece of shit,” told her she was a “pouty” child, and told her to suck in her stomach one time because she “looked like a truck driver that just ate a turkey dinner.”

One of the victims told police that she hated going to the gym. She described how she would wake up in the morning and cry in her room because he had to go to the gym that day.

One girl interviewed by police did come to Gray’s defense. She said that she had heard rumors about him touching other girls inappropriately, but it never happened with her. She described him as a “second dad” and said “he has been nothing but good to me.” She also stated that she found it “ridiculous” that other girls had accused Gray of inappropriate behavior. She also accused the other girls of being “jealous” because he did not pay attention to them.

When asked why she thought the girls were making the accusations years later, she stated that after the Larry Nassar and #MeToo movement, the girls must have thought it was a good time to “nail him” because they were mad he left Brown’s and made another gym successful.

Police also spoke to the owner of the gym during Gray’s time there. She told police that she never witnessed any inappropriate behavior and that he was fired because of complaints of physical and mental abuse, but not sexual. However, she did describe him as “very manipulative” and compared him to Larry Nassar. She also said that Gray had a “god complex.”

During an interview with the head coach at Brown’s, who was the assistant coach during Gray’s time there. She acknowledged that she began to notice Gray touching girls about 2 years after he started. She also said she knew he had favorites and believed that he began to have a sexual relationship with one of the favorites when she got older. She also admitted that she had been approached by several gymnasts who described inappropriate behavior.

She also described an incident during which she allegedly told Gray that he was “one step away from being a pedophile” and he stared at her like he wanted to kill her.

Additional interviews with employees of the gym confirmed information given to the police by the alleged victims. The other employees said they also observed inappropriate touching and possible mental and physical abuse.

Police concluded that Gray abused girls of different ages over the years during different time periods and not all of the victims were friends or trained together. Despite this, the victims had similar stories.

Additional witnesses, including both parents and coaches, corroborated the victims’ accounts and recollection of events.

It was also discovered that Gray committed similar acts during his time coaching gymnasts in the state of Ohio. Those victims provided similar statements to SafeSport investigators.