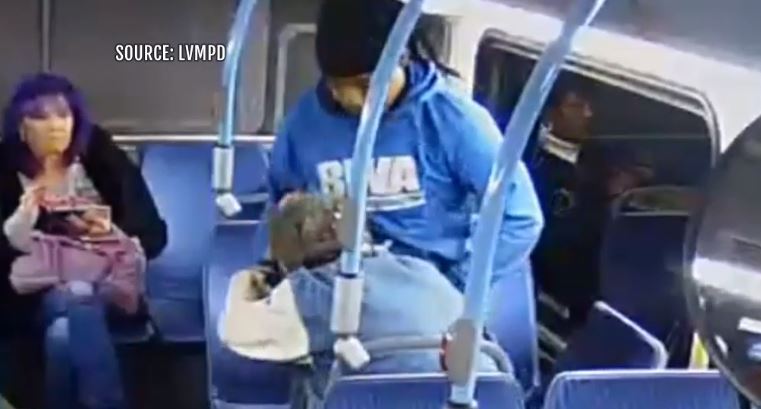 Las Vegas police are searching for a suspect involved in an attack of an elderly bus passenger from December. The LVMPD released surveillance footage that captured a bus passenger appearing to hit another passenger while the two were riding together. 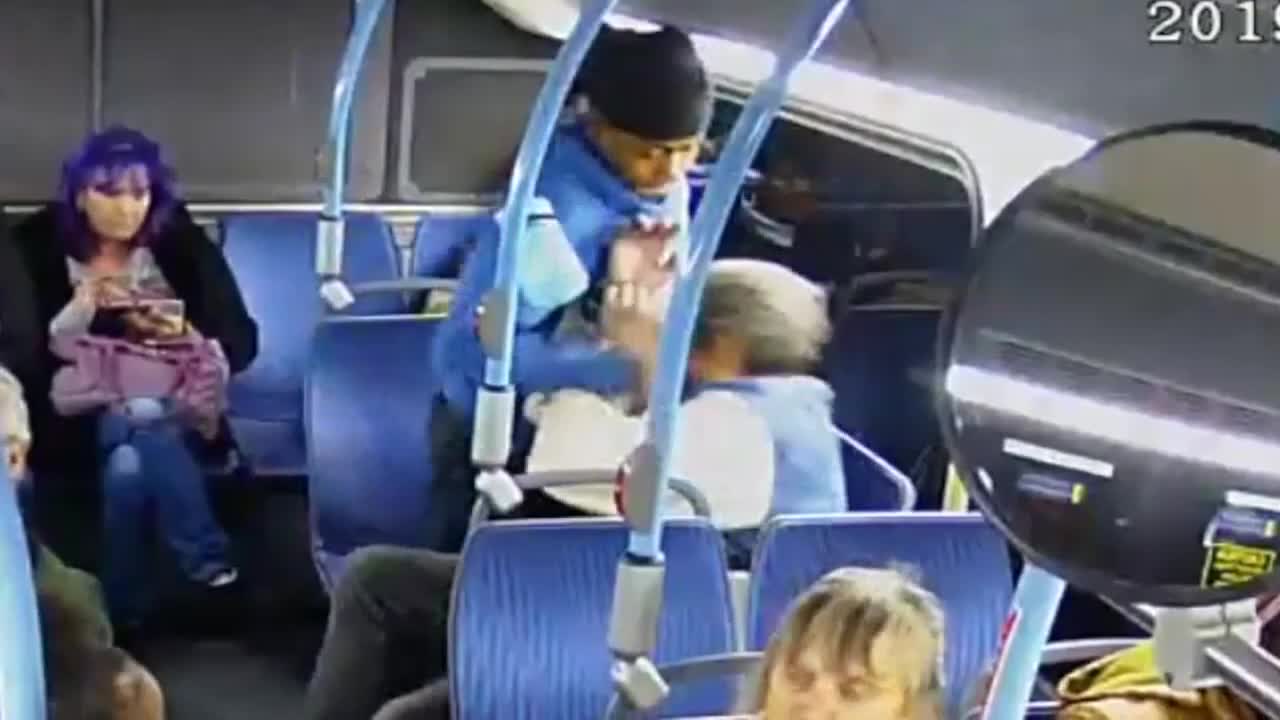 UPDATE JAN. 21: Nathaniel Graves, who is accused of beating an elderly person on an RTC bus, had his first appearance in Las Vegas Justice Court on Tuesday morning. He was granted $100,000 bail and is due back in court on Feb. 3 for a preliminary hearing.

13 Action News has obtained a copy of the warrant issued by Las Vegas police.

In the warrant are more details about what happened after the incident took place on Dec 13.

According to the arrest report. the victim had asked Graves to move his feet so that he could sit down. After sitting down, Graves reportedly put his feet on the victim and the victim told him not to do that. That is when Graves apparently punched the victim in the right eye twice.

The victim was originally transported to UMC Trauma after the attack on the bus. On Dec. 30 the victim contacted police detectives to inform them he had lost his eye.

Throughout the course of the investigation police detectives identified Nathaniel Graves as a suspect. They also found out that prior to the attack Graves had been fired from his job that day.

Graves was charged with battery resulting in substantial bodily harm against an elderly person and battery to commit mayhem.

UPDATE JAN. 19: Las Vegas police have arrested 26-year-old Nathaniel Graves as the suspect in this case.

Graves was arrested near the 1800 block of Alexander Avenue on Jan. 18 and transported to the Clark County Detention Center.

ORIGINAL STORY
LAS VEGAS (KTNV) -- Las Vegas police are searching for a man involved in an attack of an elderly bus passenger from December.

The Las Vegas Metropolitan Police Department released surveillance footage that captured a bus passenger appearing to hit another passenger while the two were riding together.

Police said the incident occurred on Dec. 13, 2019 at about 5:15 p.m. in the 1000 block of Shadow Lane after the elderly passenger attempted to sit in an empty seat on the bus.

The attaker then put his feet on the victim's lap after after he sat down, according to police.

And when the man asked the suspect to remove his feet the aggressor then punched him multiple times until the victim became unconscious.

The video released by authorities show the victim falling to the bus floor after being struck in the head by the suspect.

Officers said the wanted person appeared to be in his mid-30s and exited the bus after the attack.

Wednesday, police said the victim in the incident lost an eye in the attack but was overall in "good spirits" and hopes that the suspect can be identified with the release of the video.

Anyone with further information on the incident was urged to contact Crime Stoppers at 702-385-5555.