UPDATE: Sheriff discloses woman was shot by officer, not attacker 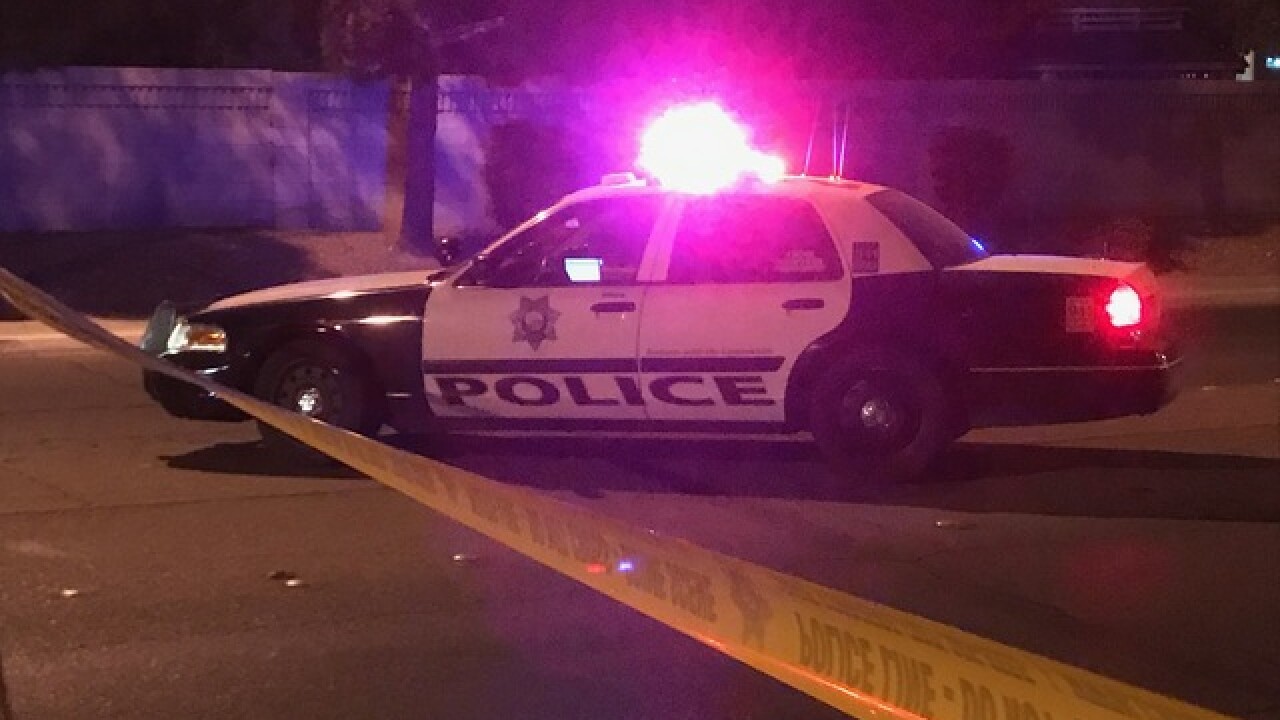 Copyright 2017 Scripps Media, Inc. All rights reserved. This material may not be published, broadcast, rewritten, or redistributed.
Barry White

UPDATE NOV. 14: During the Las Vegas Metropolitan Police Department's 3 p.m. press briefing, police confirmed that the woman was struck by an officer's bullet and that the suspect holding her at gunpoint never fired a round.

The bullet that struck the woman went through the suspect's arm and into her abdomen.

UPDATE NOV. 13: The officer involved in the Nov. 11, officer-involved shooting which occurred at 780 East Pyle Avenue has been identified as Officer David Nesheiwat.

Officer Nesheiwat is 33 years old and has been employed with the LVMPD since July, 2006. He has been placed on routine paid administrative leave pending the outcome of a review of this incident.

UPDATE NOV. 12: A viewer sent 13 Action News video of the shooting involving Las Vegas police on Saturday. The shooting happened at a convenience story near Pyle Avenue and Pollock Drive, Police say that a man was attacking a woman and said it was the result of a domestic disturbance. The man was killed by police and the woman was shot.

UPDATE: A Las Vegas police officer shot and killed a man who was pointing a gun at a woman Saturday night.

Police said an officer responded to a domestic violence call at a convenience store near Pyle Avenue and Pollock Drive around 5:30 p.m. Saturday.

Upon arrival, an officer noticed a man was strangling a woman and pointing a gun at her.

Both the man and the woman were hit by gunfire. However police could not confirm whether the woman was struck by the man's weapon or the officer's weapon.

The man was taken to the hospital where he died. The woman is expected to survive.

The couple's 10-year-old daughter was with them during the incident, police said. The girl was taken to safety.

This is the 21st officer-involved shooting of 2017 in the Las Vegas Metro Police Department's jurisdiction.

ORIGINAL STORY: A police officer was involved in a shooting near Pyle Avenue and Pollock Drive around 5:34 p.m. Saturday.

Early reports indicate that the officer was called to the scene to investigate a domestic disturbance in progress.

According to a witness at the scene, a couple was fighting in the parking lot of Rhino Mart near the area. The witness said a man was grabbing a woman as she tried to get out of the car.

It is not yet clear what exactly led to the shooting. One suspect, who has not yet been identified, was taken to the hospital with unknown injuries.

The police officer was not injured during the incident.

This story is developing. More information to come.