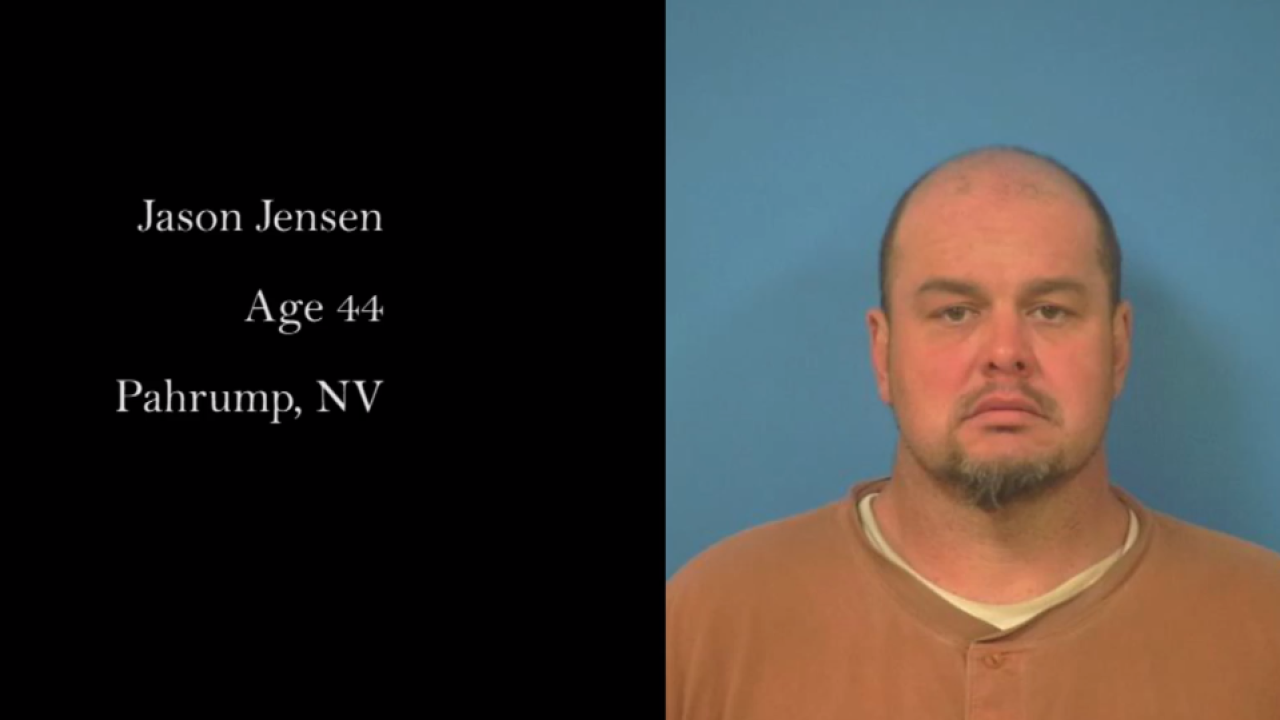 NYE COUNTY (KTNV) — A Pahrump man led a Nye County deputy on a chase while on his bicycle for about two minutes while refusing to stop Wednesday night.

The incident occurred at around 11 p.m. in the area of Barney Street and Prospector Lane.

The Nye County Sheriff's Office said the deputy attempted to stop the man for a minor bicycle violation before the pursuit ensued.

Jason Jensen, 44, was eventually taken into custody after he fell off his bicycle when hitting some soft dirt.

The deputy located a small amount of methamphetamines on Jensen and the Pahrump resident was arrested and charged with possession of a controlled substance, obstruction, and a bicycle lamp violation.