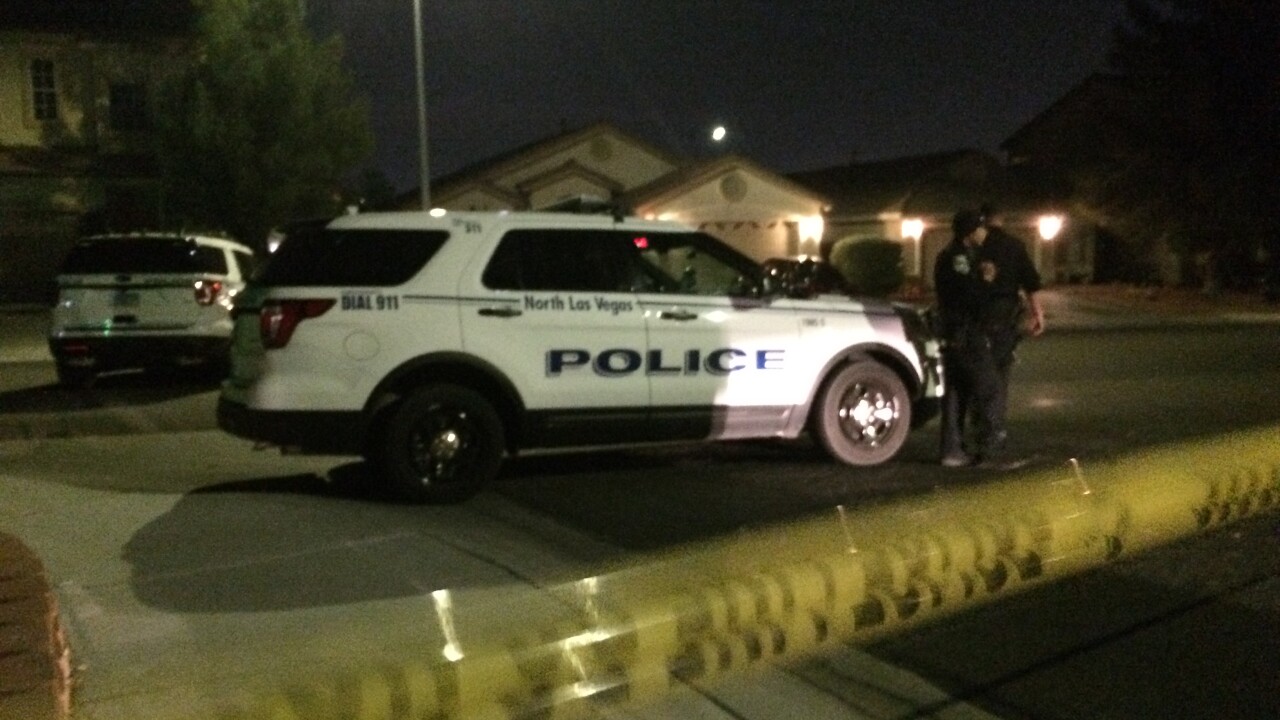 The first video shows a burglary that took place inside a business, that police say was connected to the automobile chase and shooting.


The second video shows the truck involved being pursued by police.

The North Las Vegas Police Department said officers attempted to stop a suspicious vehicle in the area of Tropical Parkway and Decatur Boulevard just after 2 a.m.

The vehicle ended up stopping in the 4800 block of Polar Lights Court but then rammed the police cruiser, according to authorities.

An officer in the cruiser was injured, with one firing at least a round at the suspect vehicle. However, that vehicle was able to drive away from the scene, according to NLVPD.

Authorities reported no suspects were immediately taken into custody and the vehicle was not found after the incident.

North Las Vegas police said detectives remain at the scene and more information will be released upon further investigation.

Las Vegas police were also called to the scene to handle road closures in the area, as the incident took place on the border of NLV and Vegas.