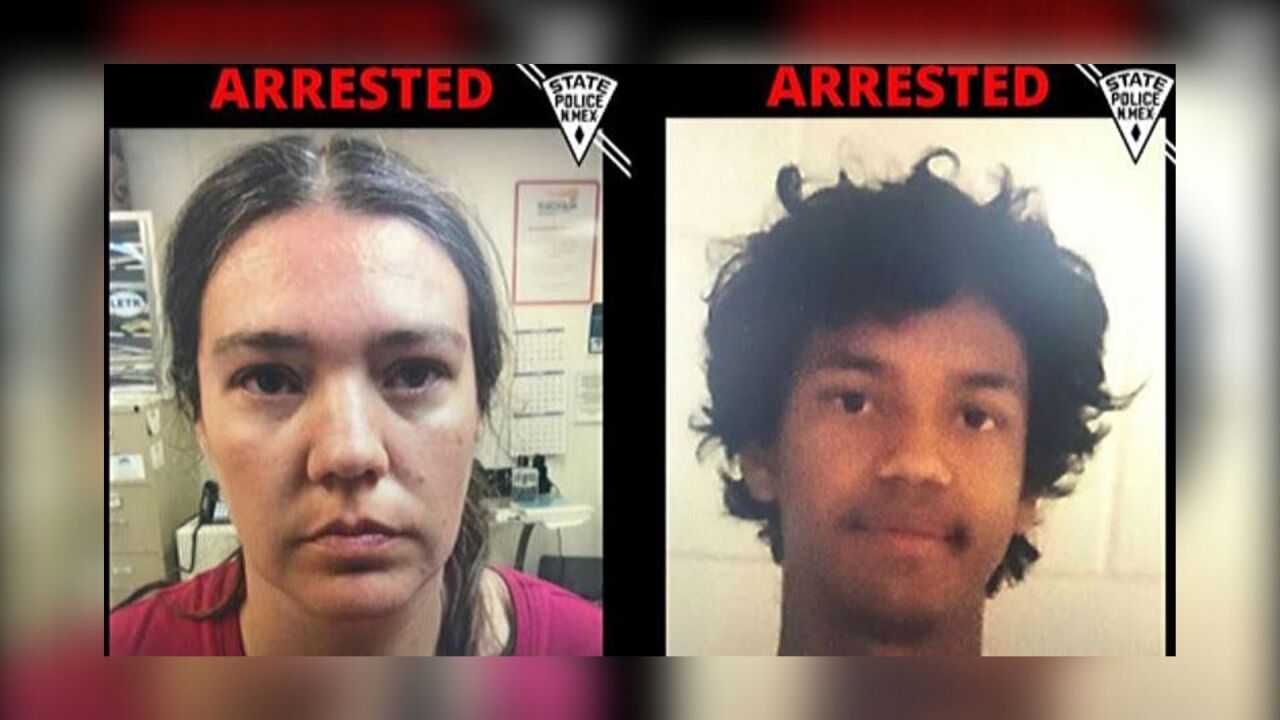 New Mexico State Police
Heather J. Rooks and Khachadourian Rooks were arrested and charged with abuse of a child resulting in great bodily harm on Dec. 1, 2019.

NEW MEXICO (KTNV) — New Mexico State police reported an incident involving a Nevada family who's 12-year-old daughter died while they were traveling through the state is under investigation.

Authorities were notified of the incident on Dec. 1 on Interstate 40 around milepost 114, near the town of Laguna, as they responded to reports of an unresponsive 12-year-old girl.

State police said 39-year-old Heather J. Rooks, of Pahrump, Nev., was traveling through New Mexico to Nevada with her 17-year-old son Khachadourian Rooks and her 12-year-old daughter, in a van driven by Heather's father.

The grandfather pulled the van over and began CPR on the girl, according to authorities. Emergency Medical Services were called to the scene, and the girl was then airlifted to an Albuquerque hospital.

Heather Rooks and Khachadourian Rooks were both arrested and charged with abuse of a child resulting in great bodily harm and booked into the Cibola County Adult and Juvenile Detention Centers without bond.

The 12-year-old girl ended up passing away from her injuries, according to police, and as a result, Heather Rooks and Khachadourian Rooks could be facing additional charges.

The case remains under investigation by the New Mexico State Police Investigations Bureau with the identity of the victim not immediately released by authorities.

The grandfather was not charged in the incident, and police said the case would be turned over to the appropriate district attorney for further evaluation after their active investigation.