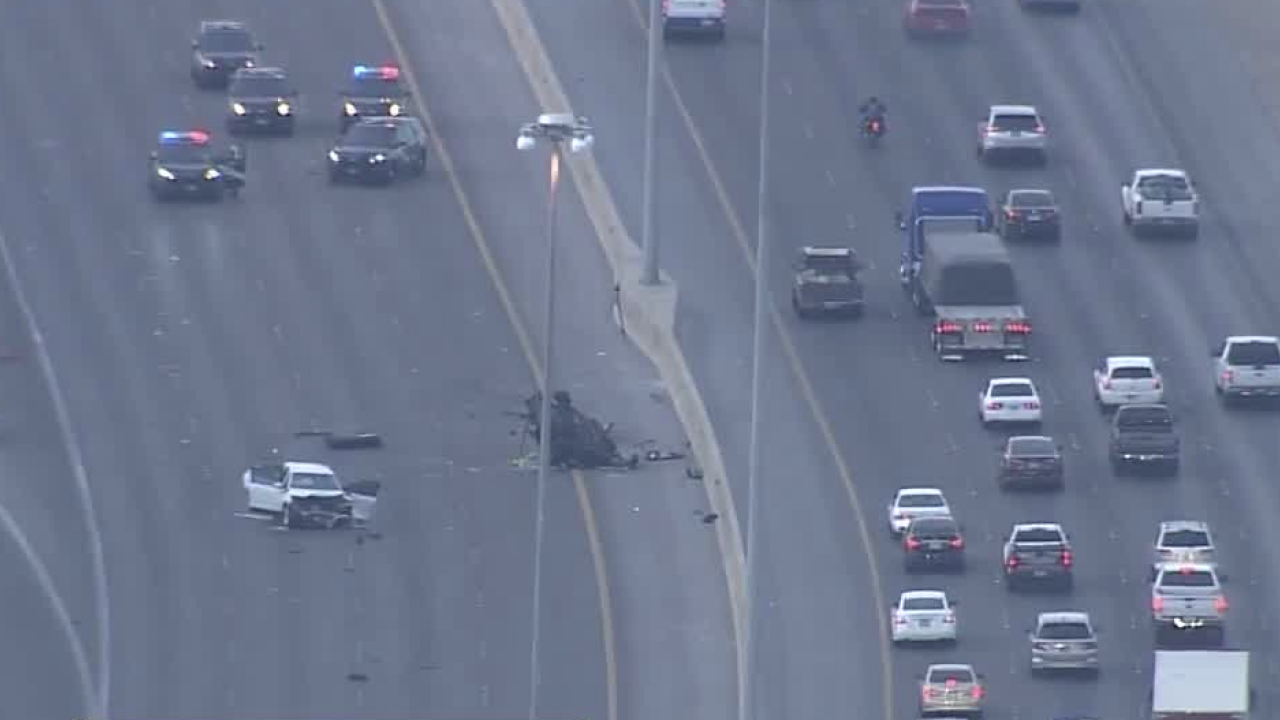 The first vehicle to encounter the wrong-way driver was able to avoid a collision by driving into the center media barrier.

The SUV was then hit from behind by another vehicle. Two passengers in the SUV were transported to a local hospital with non-life-threatening injuries. It doesn't appear that the other driver suffered serious injuries.

NHP say the driver was a 27-year-old woman and they believe that she was impaired. It is not known where she entered the interstate at this time.

The northbound lanes of I-15 were closed until around 9 a.m. until the body and the wreckage could be removed.

The Clark County coroner identified the deceased on Thursday afternoon as 27-year-old Ericka Avila of Las Vegas. Her cause of death is pending.

New numbers from the Nevada Department of Public Safety show that 55% of the deadly crashes between 2017 and 2018 were caused by impaired drivers.

On many on and off-ramps in the valley bright red “wrong way” signs are visible.It’s all part of an elaborate system to warn impaired or distracted drivers.

The Nevada Department of Transportation says this system involves installing lights on the “wrong way” signs flashing a warning and prompting drivers to react and self-correct. Nevada is one of a hand full of states testing the system and says it could reduce wrong way incidents by 38 percent.

“There’s a little electronic eye on the sign that detects if a motorist is traveling in the wrong direction, the flashing beacons will light off,” Illia said.

“Our feeling is that one death is just simply one death too many and it’s unacceptable.”

NDOT says these measures are meant to create much lower numbers over the next few years.

“Anything we can do to make Nevada roads safer, we’re going to take it,” Illia said.

So far this self-contained wrong way driver system is being tested just in places like Durango and US-95. NDOT hopes to expand the system after testing next year.