Most wanted in Las Vegas for week of November 12

Las Vegas police are looking for a man and woman who allegedly stole a car on Oct. 24 in the area of Smoke Ranch Road and Torrey Pines Drive. The owner of the vehicle had stopped for a quick visit to a home in the area when the theft occurred. The vehicle's owner left the vehicle running while the owner went inside the home. There was a passenger inside the vehicle at the time. While the driver was in the house, a gold car pulled up behind the running vehicle. A man got into the driver's seat and told the passenger to get out. He drove away with the gold car following. A neighbor followed the stolen car to a nearby apartment complex. The man and a woman got into the gold vehicle and left. A short time later, the victim's credit card was used in two different locations. The man and woman were caught on surveillance video at one of the businesses.

Three women are wanted in connection with a robbery with a deadly weapon occurred at a retail business near the intersection of South Maryland Parkway and Katie Avenue on Nov. 8.

All three women fled the area and were unable to be located.

At around 2:42 a.m on Sept. 5, officers responded to a robbery in the 1100 block of Tropic Wind Avenue, near Ann and Losee roads.

Two victims were robbed at gunpoint just outside of a home after exiting their vehicle. Reports say two black males pointed a handgun at the victims and demanded money.  The suspects took one of the victims’ purses which contained numerous items including a bank card.

The first suspect is described as a black male adult about 5 feet 9 inches, 160 pounds, medium build, light complexion with short dreadlocks. He was last seen wearing a dark colored shirt and pants.

The second suspect was described as a black male adult about 5 feet 6 inches, 150 pounds, with a medium build, light complexion, and short black hair. Photographs of a black male matching the description of the first suspect were obtained from a local bank ATM. 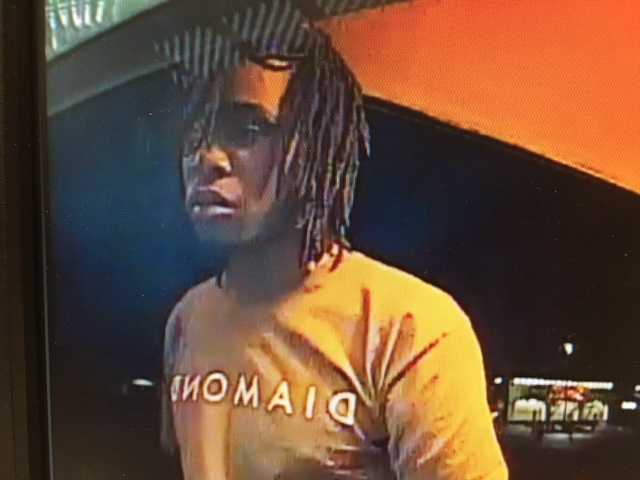