Most Wanted in Las Vegas for week of June 24

On June 21, three retail businesses in the Las Vegas valley became victims of robberies by the same two men. Police did not specify the locations. The men entered the stores and targeted specific undisclosed items and used force to obtain those items. No one was injured during these events. 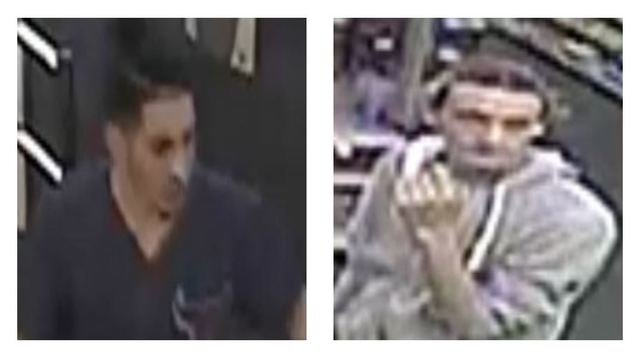 On June 13, at approximately 11:40 p.m., residents at a home located in the 4100 block of East Oquendo Road had been away and returned to the home for the evening.  Two adults were outside of the house and a teenager went into the home.  The teen came out a few moments later indicating there were intruders inside the home.

As one of the adults entered the home, two intruders came running out of the house.  They managed to get away by jumping over a perimeter wall and were gone before officers arrived.

Detectives were also aware of an earlier burglary at the same residence that occurred on June 3.

Through the course of the investigation, detectives obtained photos of two intruders in an attempted burglary to another home in the area. In these photos, one of the intruder’s faces can be seen, and the clothing is similar to the clothing in the June 13 burglary.

On June 1, an elderly woman was shopping at a store utilizing a motorized shopping cart. While she was shopping, a couple stole her walker from the entrance where it is always stored by staff on her behalf. It happened in the Spring Valley Area Command but police did not specify the location. 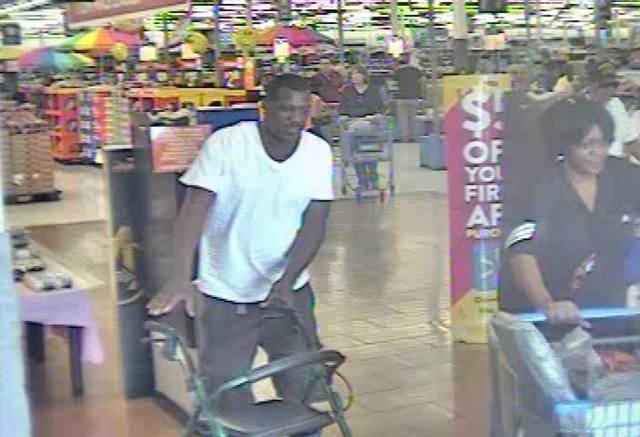 North Las Vegas police are looking for a man who stole a vehicle. The vehicle has since been recovered but he remains on the loose.

Have you seen this guy? He stole a vehicle that has since been recovered. But he is still on the loose. Call #NLVPD with info 702-633-9111 pic.twitter.com/vDdDS3hZtv