Most Wanted in Las Vegas for week of July 29

On July 31, at approximately 3:20 a.m., an armed robbery occurred to a retail business in the 5000 block of East Tropicana Avenue, near Nellis Boulevard. The man entered the business and approached an employee with a weapon, demanding money from the register. The employee complied and the man took an undisclosed amount of money before fleeing. No injuries were reported. 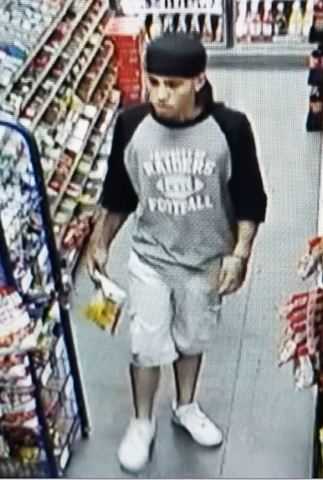 North Las Vegas police are seeking a man who burglarized a store in the 4400 block of West Craig Road, near Rancho Drive.

The city of Las Vegas is seeking a woman wanted in an identity theft case. Officials said a man's car was stolen near Buffalo and Sky Pointe drives. Then the woman cashed one of the man's personal checks.

We are requesting the public’s assistance in identifying a female suspect in connection with an identity theft case. Anyone who knows the suspect or has information about her identity is asked to contact out Department of Public Safety at 702.229.3223; reference No. 18-14754. pic.twitter.com/rXXCjUcTL0

Las Vegas police are seeking a man who made multiple attempts to forcibly break into ATM machines in the northwest part of the valley.