Most Wanted in Las Vegas for week of July 1

Henderson Police are seeking the public’s assistance with an ongoing auto burglary investigation that occurred this month in the 100 block of Carnegie Street, near Paseo Verde Parkway. On July 1 at about 2:05 p.m., Henderson Police responded to the report of a theft from a motor vehicle in a commercial center. Preliminary investigation determined that the suspects had committed the auto burglary by breaking a passenger window while the victim was in the gym. The victim began to receive fraud alert text messages indicating their bank cards were being unlawfully used. It was learned that various property belonging to the victim was stolen out of their car to include the victim’s bank cards. Further investigation revealed the stolen bank cards were used at several retail stores and video surveillance showed two women and one man attempting to purchase items at different locations.

The three were seen entering what appears to be a newer dark gray colored Chevrolet Impala with paper plates. The same vehicle was seen on video surveillance in the initial commercial center going up and down the parking area and the man involved was seen checking several vehicles during the same time frame when the auto burglary occurred. 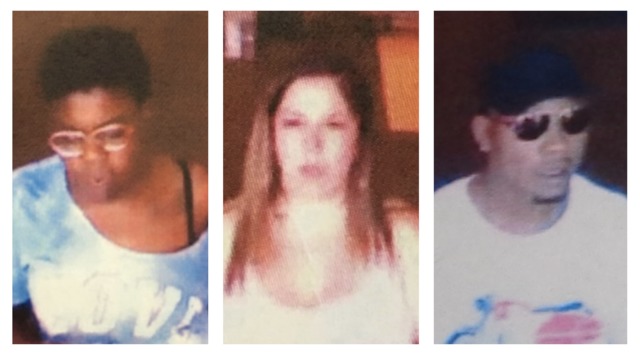 Two men took part in a commercial robbery in the early part of March of 2018. Las Vegas police did not specify the location or date. 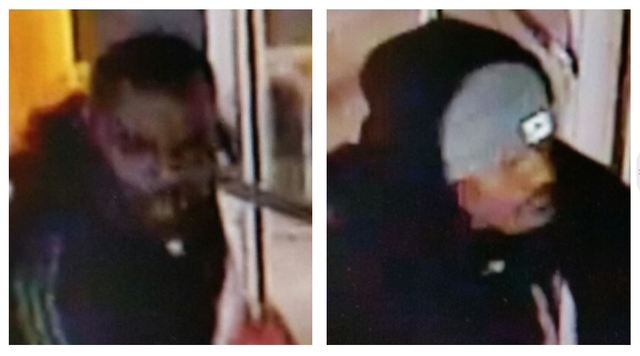