Most wanted in Las Vegas for week of August 27

On Aug. 30, an attempted bank robbery occurred near the intersection of Tropicana and Eastern avenues. The suspect approached a bank employee and demanded money with a note. No weapon was seen. The employee did not give any money to the suspect and the suspect exited the business southbound through the parking lot. The suspect is described as a black man 35-40 years old, 180 pounds and last seen wearing a wig, white shirt, tan pants and brown shoes. 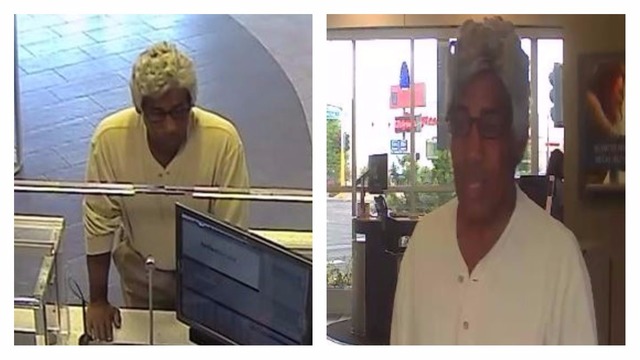