Most wanted in Las Vegas area for week of April 23

Las Vegas police and Henderson police are asking for help in locating the following suspects. Anyone with information is asked to contact the police are Crime Stoppers at 702-385-5555.

Henderson police are searching for a man who robbed a Henderson 7-Eleven convenience store on April 24 at about 10:45 p.m. The robbery occurred at the 7-Eleven located at 1400 W. Horizon Ridge Pkwy., near Stephanie Street. The suspect entered the convenience store and pointed a handgun at the clerk while demanding money from the register. The suspect took an undisclosed amount of cash and left the business on foot. No injuries occurred during the robbery. The suspect is described as a black man about 30 years old, 6 feet tall and approximately 225 pounds. The suspect was last seen wearing black pants, black hoodie sweatshirt, a red and blue baseball cap and a gold chain with a large cross around his neck.

Las Vegas police are searching for a suspect who attempted a bank robbery near Nellis Boulevard and Sahara Avenue April 24. The suspect entered the bank and stood in line, posing as a customer. The suspect approached a bank employee and demanded money with a note. No weapon was seen. The suspect ended up exiting the business with no money taken. The suspect is described as black man in his 30s between 5’9”-6’ tall, thin build and wearing a maroon hooded sweatshirt and grey pants. 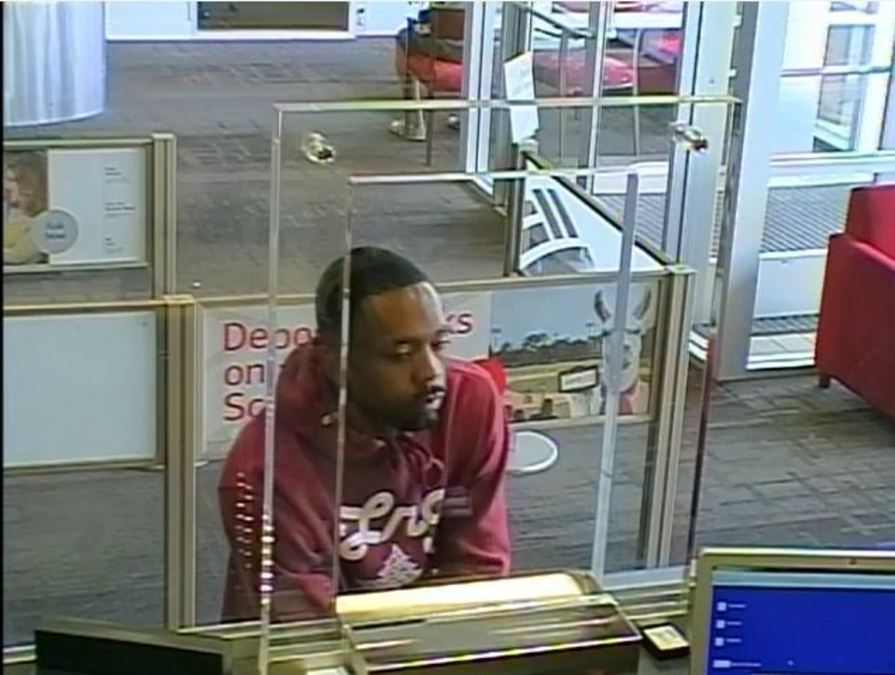