Most Wanted in Las Vegas for week of April 15

On April 17, around 4:13 p.m., a man entered the Bank of America, located at 4080 W. Spring Mountain Road, near Wynn Road, armed with a handgun. He approached a bank employee and demanded money. The employee complied and gave the man the money. Once the man had the money, he fired off two rounds into the ceiling of the bank. The man fled in a gray Ford Focus.

He is described as a white man in his late 40s to early 50s, 6' and thin build. He was wearing a black ski mask, black leather jacket and black pants. He was armed with a black handgun. The suspect's vehicle is a gray late model Ford Focus with tinted windows and missing the front driver's side hub cap. 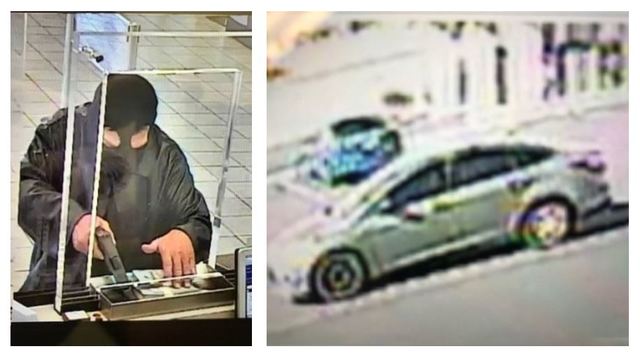 According to police, a man pulled a black mask down to conceal his face as he entered the Bank of America located at 2638 West Horizon Ridge Parkway at about 12:40 p.m. on April 17.

That man ordered everyone to the ground at gunpoint, walked up to the bank counter, and demanded money from a bank employee. The employee handed over an undisclosed amount of cash and the man fled from the bank and into a car.

The man is described as a white male adult in his late-40s to early-50s, approximately 5 feet 8 inches to 5 feet 10 inches tall and weighing approximately 160 to 180 pounds. He was last seen wearing a dark-colored beanie, a grayish blue plaid shirt, dark jeans and dark-colored shoes. His head was shaved on the sides and the top of his hair was dark in color.

The suspect vehicle was described as possibly a gray 2012-2014 four-door Ford Focus with tinted windows. The license plates were covered with black tape. 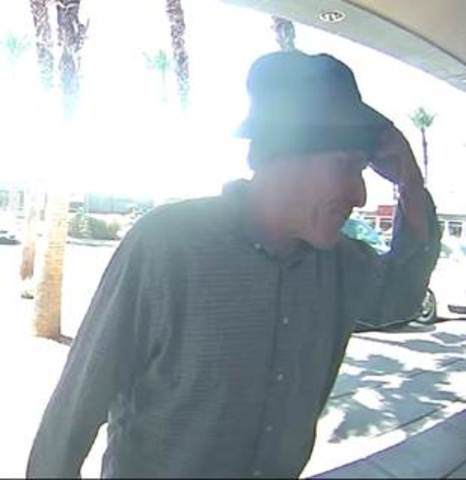 Police are looking for a man wanted in connection to a robbery that occurred on March 21 in the 2800 block of East Lake Mead Boulevard, near Civic Center Drive. 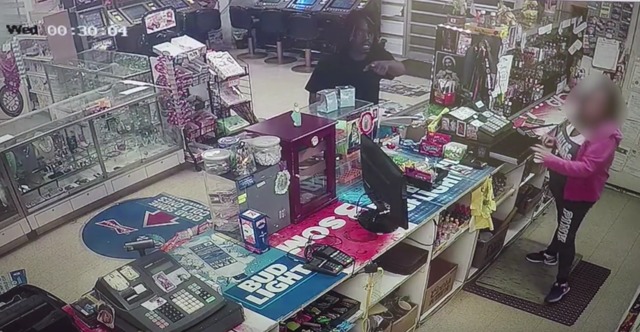