Most wanted in Las Vegas area for week of May 21

An attempted robbery took place on May 19 at a convenience store on the eastern part of the Las Vegas valley. The suspect pointed a small semi-automatic handgun at the cashier, but the cashier ducked out of the suspect's view. Afterward the suspect fled the store without taking any money. Police are looking for a Hispanic male adult, between 5 feet 9 inches and 6 feet tall, and with a medium build. He was last seen wearing a blue Chicago White Sox hat, a black long-sleeve sweatshirt, and blue jeans. 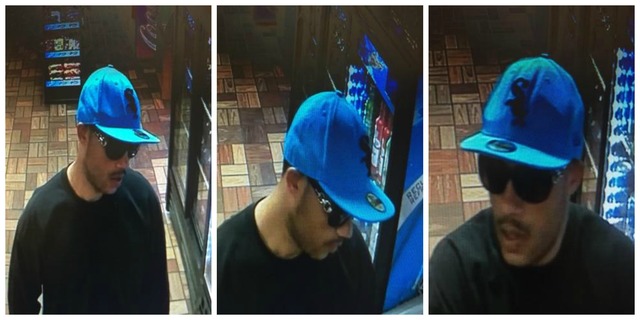 Police are investigating an attempted carjacking that happened in the 3300 block of West Desert Inn Road on April 13. Around 7 p.m., a male parked in the rear parking lot was approached by a suspect and pulled out of the vehicle. The suspect entered the vehicle but was unable to drive away as he didn't know how to drive a standard transmission vehicle. He then fled the scene on foot. The suspect is described as a Hispanic male, 5 feet 11 inches, heavy set, in his mid-30s, and wearing a white short-sleeved shirt and blue khaki pants.