Most wanted in Las Vegas area for week of June 4

On June 5, at approximately 8:40 P.M. an armed robbery occurred at a cellular telephone store in the 7300 block of South Rainbow Boulevard, near Warm Springs Road.

Las Vegas and North Las Vegas police are asking for help in locating the following suspects. Anyone with information is asked to contact the police are Crime Stoppers at 702-385-5555.

Las Vegas police are seeking a man wanted for a theft near Nellis and Charleston boulevards on June 3. Police said he left in a brown Volkswagen 4-door vehicle with a black front quarter panel. 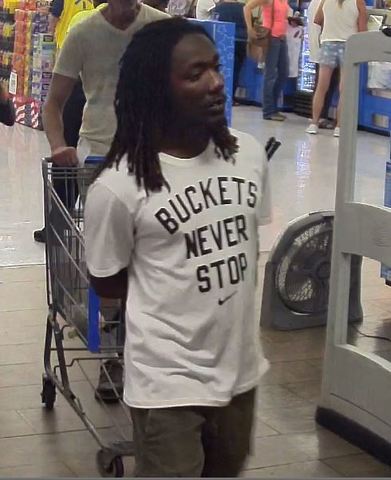 Detectives are currently looking for four suspects wanted in connection with a series of auto burglaries which occurred in the area of 3900 Blackford Court, near Pennwood Avenue and Valley View Boulevard, on May 27. It is believed that the men arrived in a silver Honda Accord and parked in a vacant garage. Two suspects exited the vehicle while the other two remained seated. The two then approached multiple vehicles and peered into windows as if they were searching for items of value. When one victim confronted the men, a suspect brandished a firearm and threatened him with it. The suspects were described as Hispanic males ranging in age between 16 and 20. 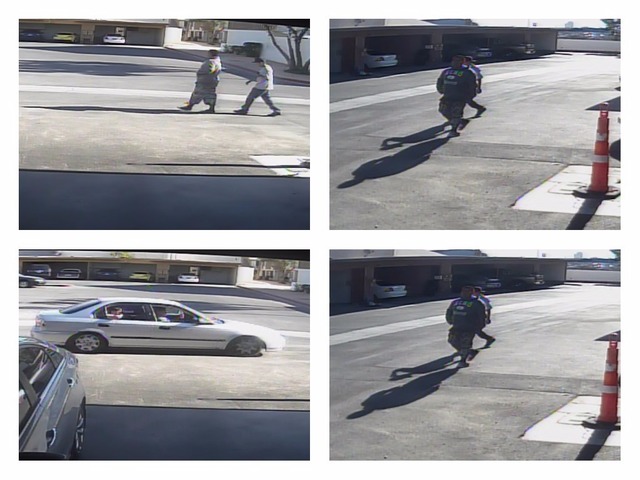 On June 5, at approximately 8:40 p.m. an armed robbery occurred at a cellular telephone store in the 7300 block of South Rainbow Boulevard, near Warm Springs Road, in Las Vegas.  The business was preparing to close when two suspects entered, while armed with handguns. There were several people in the store when the take-over style robbery occurred. Clerks were ordered to produce several cellular telephones that the suspects were able to get away with. No one was injured during the robbery and the suspects fled in an unknown light colored mid-sized sedan. 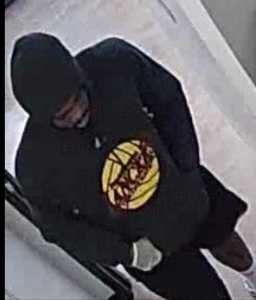 On April 16 at about 5:10 p.m., officers responded to a robbery of a Game Stop in the 2000 block of East Lake Mead Boulevard, near Civic Center Drive, in North Las Vegas. Witnesses reported two males entered the business, pointed a gun at the clerk and demanded money and merchandise.  The suspects took items of merchandise and fled the area.

The first suspect is described as an African American male about 6’4” tall and heavy set with a medium to dark complexion and a mustache. He was last seen wearing a black hat, black and grey sweater and black pants. He was armed with a black revolver.

The second suspect was described as possibly being a Hispanic male about 5’7” tall with a thin build and light complexion. He was last seen wearing a black hat, black mask and black sweater with the number “23” on it. 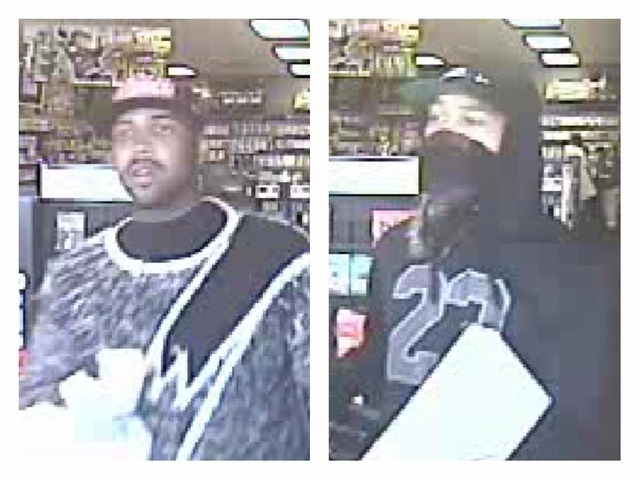