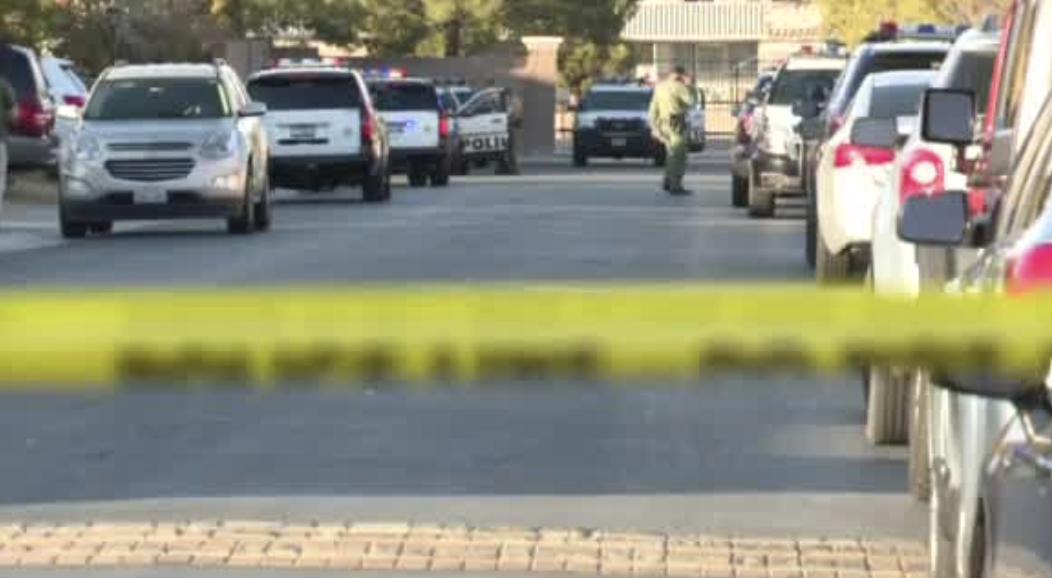 UPDATE FEB. 19: Las Vegas police shared new information regarding a shooting involving an officer over the weekend during a briefing on Wednesday.

Police say officers were responding to a man who was screaming saying he wanted to kill people at a home near Valley View Boulevard and Cactus Avenue on Sunday. Officers got a call from a person inside the home.

According to authorities, the gunman -- Corey Iturribarria -- threatened to kill his mom, step dad and officers. When police arrived, Iturribarria's step dad walked out the home saying his wife was still inside.

The gunman then walked outside and raised a shotgun and pistol at police, officers say.

An officer fired five rounds at the gunman. He's still in the hospital recovering.

Watch the briefing below:

UPDATE FEB. 18: The officer who was involved in the shooting on Sunday on Rosalba Street has been identified 30-year-old Officer Andrea Mitre.

Mitre has been employed by the Las Vegas Metropolitan Police Department since 2016. Mitre is assigned to the Enterprise Area Command, Community Policing Division. She is on routine administrative leave.

Police say they received a call around 1:30 p.m. They could hear arguing in the background. Upon arrival, they encountered a man with a long gun. The confrontation led to the shooting. No police officers were injured in the incident.

The condition of the person with the gun is unknown at this time. This is still an active situation and streets have been closed in the area. The public is asked to avoid the area.

This is the 3rd shooting so far this year involving Las Vegas police officers.