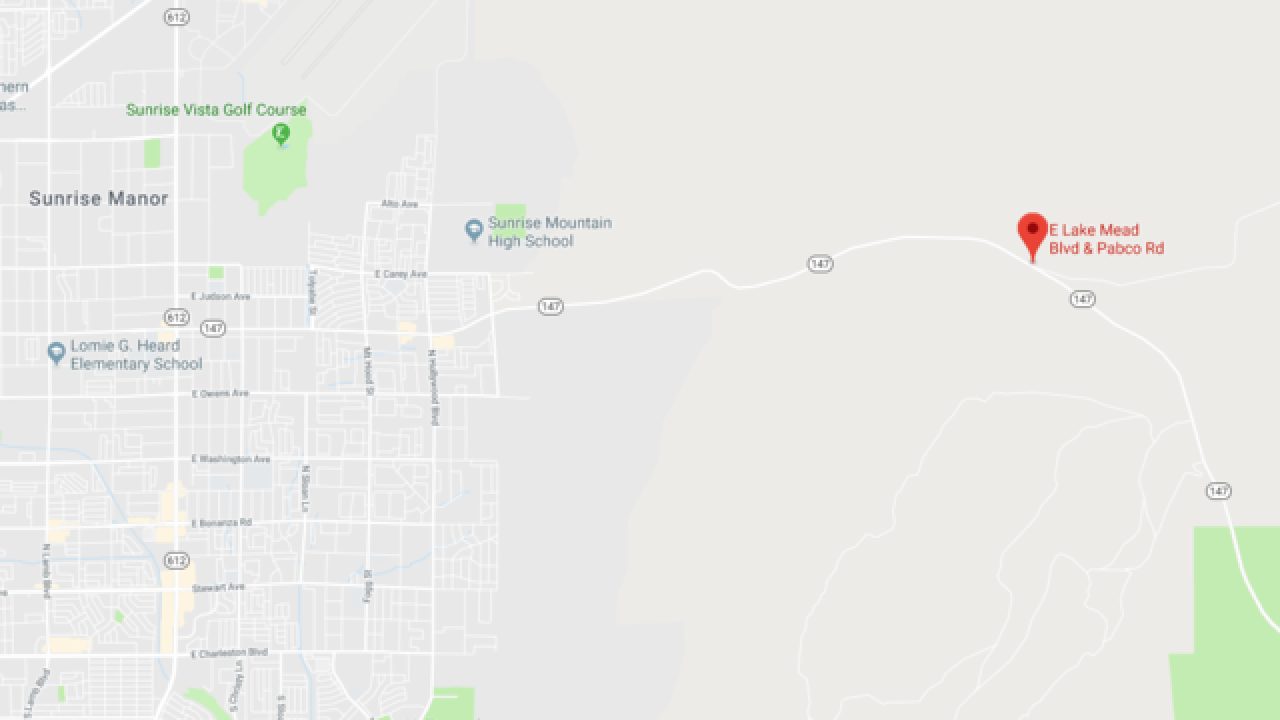 A man was shot four times in a Monday morning carjacking on the edge of the Las Vegas valley.

According to police, a shooting was reported around 3:40 a.m. on Lake Mead Boulevard near Pabco Road.

Police said the victim had been at a bar and then drove to the location to sleep it off. He then reported being approached by a man with a gun who shot him and stole his car.

A passerby took the victim to the hospital. The victim was still intoxicated when police interviewed him, making it difficult to get details. Police said the victim is now stable.

Police found the stolen vehicle near Carey Avenue and Mt. Hood Street but the suspect remains at large.