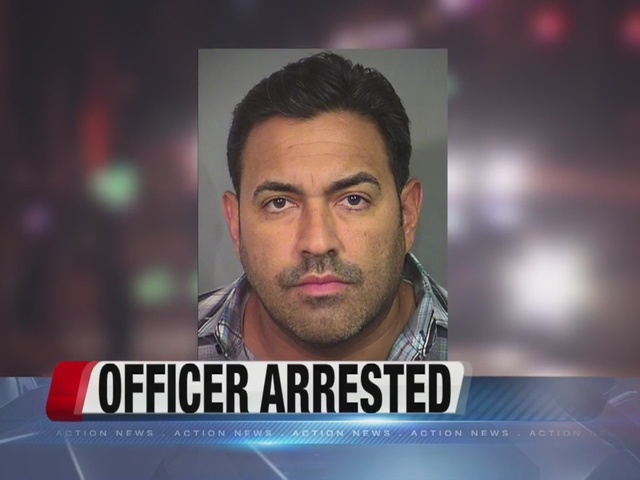 LVMPD officials confirmed 39-year-old Antonio Munoz was arrested for two felonies and a handful of misdemeanor charges by the Nevada Highway Patrol. 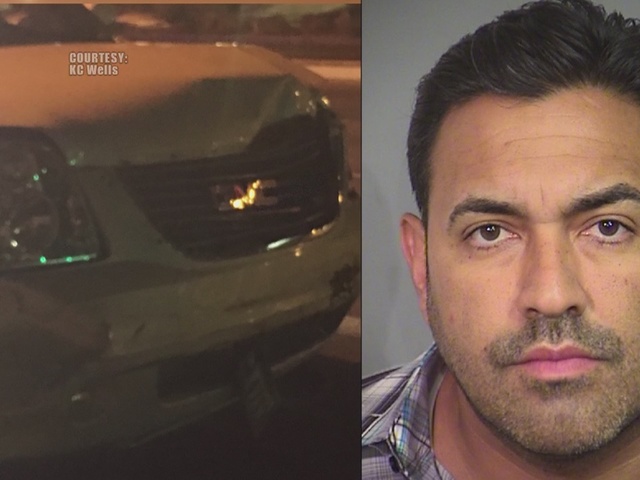 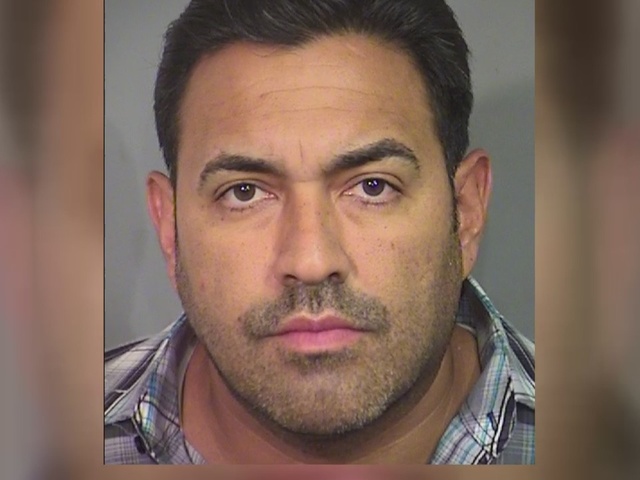 A long-time Las Vegas Metropolitan Police Department officer has been arrested on suspicion of driving under the influence after three hit-and-run crashes this past weekend.

LVMPD officials confirmed 39-year-old Antonio Munoz was arrested for two felonies and a handful of misdemeanor charges by the Nevada Highway Patrol. NHP said he was involved in the crashes just after midnight Saturday on northbound Interstate 15 near Sahara Avenue.

An NHP trooper observed a white Yukon, driving on the shoulder of the road. The driver, identified as Munoz, ran a red light and didn't stop at a stop sign as he got off at Charleston Boulevard.

The trooper noticed there was damage on the Yukon and it looked like it was involved in a crash. According to Munoz's arrest declaration, the trooper also noticed the smell of alcohol in the car. Munoz denied drinking any alcohol at dinner in Chinatown and told the trooper he had cancer.

According to the report, Munoz failed numerous sobriety tests and ended up registering a .12 percent blood alcohol content.

Munoz told the trooper he was also injured. He was taken to University Medical Center where he was treated before being booked at Clark County Detention Center.

While he was at the hospital, the arrest declaration said he refused to submit to a blood test "by making a sour face and shaking his head no." Shortly after, the trooper obtained a search warrant from a Las Vegas Justice Court judge for a blood draw.

Munoz told NHP he had only hit one car but further investigation revealed that Munoz was allegedly responsible for three hit-and-run crashes minutes before the trooper stopped him.

The third crash involved a black Kia where the occupant had minor injuries.

"It's incredibly painful," said Stephanie Wells, who was in the Kia.

The Wells family said they were on the I-15 when they were hit from behind. Stephanie has bruises on her back and arm.

KC said he tried to get out of the truck's way but there wasn't enough time. There was significant damage to the back of his Kia.

Witnesses said Officer Munoz did not stop after the crashes.

"Fleeing the scene, and going over that concrete median, he could have hit multiple people," said Stephanie Wells. "He wasn't on duty, he wasn't pursuing anybody."

Currently, Munoz is on paid administrative leave but once he is charged, he will be on unpaid leave.  He is expected to be officially charged on Wednesday.

Munoz has been with the department since 2000.