The 93- year-old man who police say shot an apartment maintenance manager was in court on Tuesday. Robert Thomas was in a wheelchair and needed headphones to hear the judge. Thomas has been charged with suspicion of attempt murder, kidnapping, discharge of a firearm indoors, burglary and carrying a concealed weapon. He is expected to appear in court on Jan. 22 for a preliminary hearing. 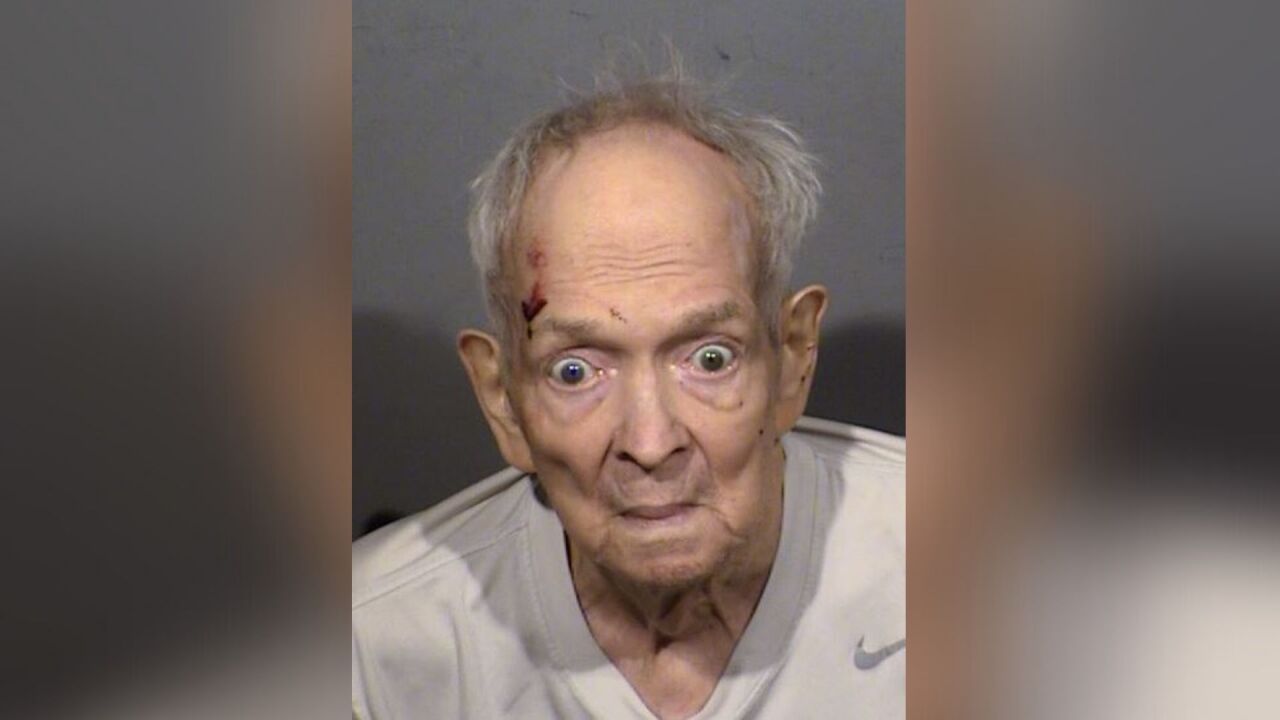 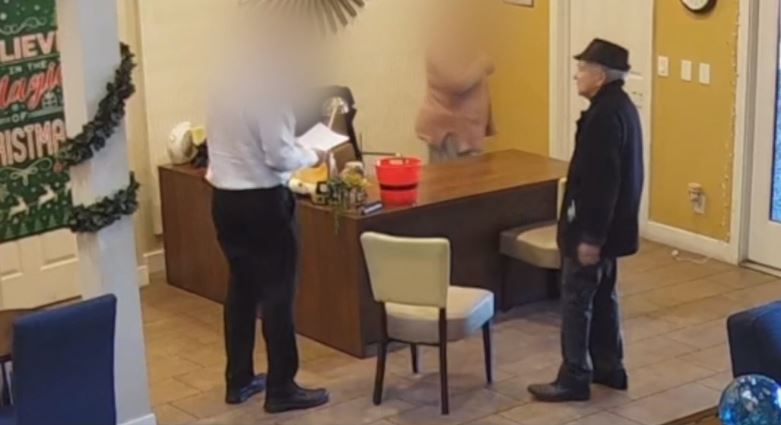 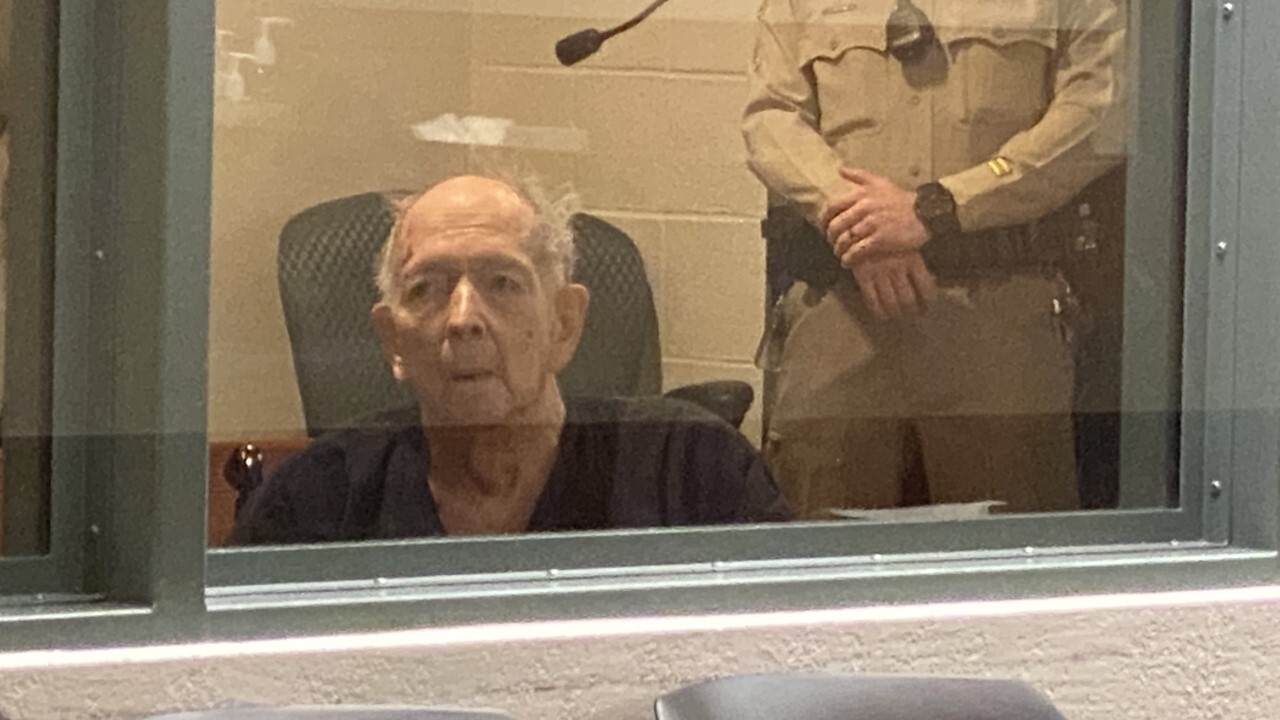 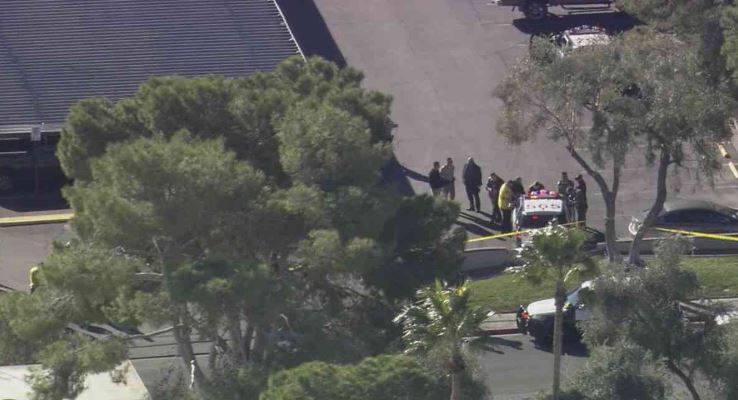 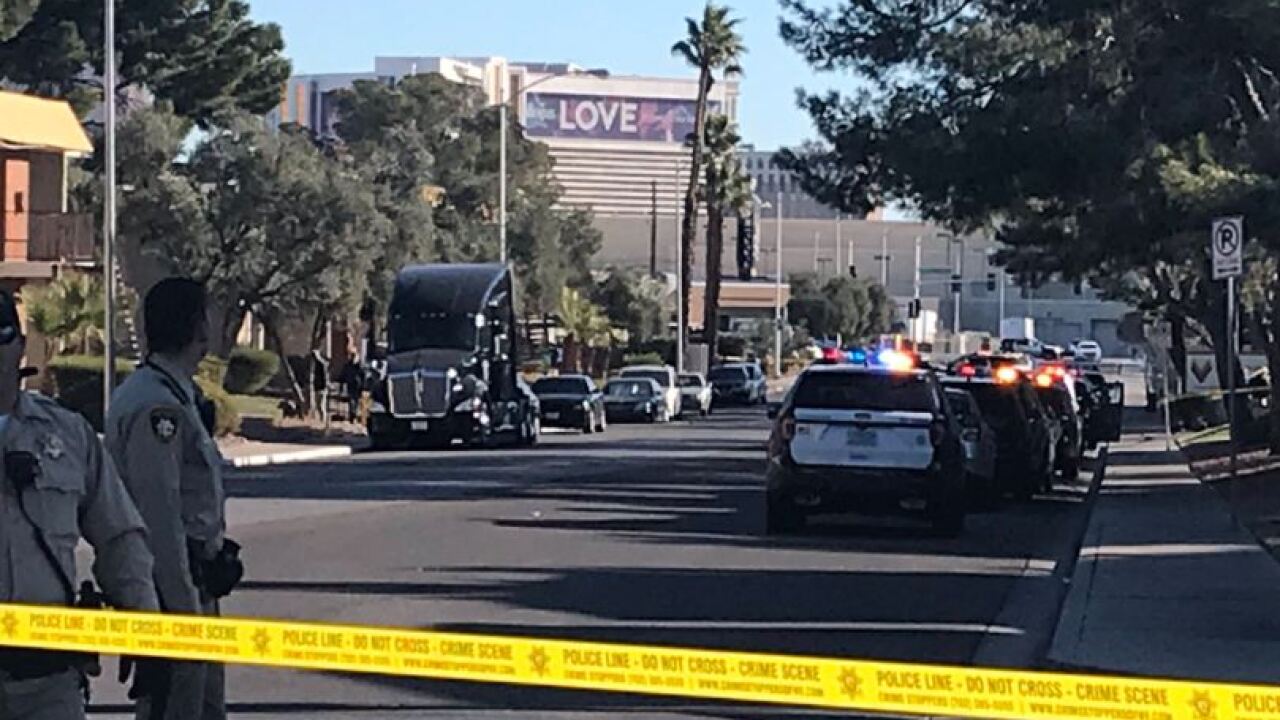 UPDATE JAN. 7: The 93- year-old man who police say shot an apartment maintenance manager was in court on Tuesday. Robert Thomas was in a wheelchair and needed headphones to hear the judge.

Judge: Do you understand the charges?

Thomas has been charged with attempted murder, kidnapping, discharge of a firearm indoors, burglary and carrying a concealed weapon.

He is expected to appear in court on Jan. 22 for a preliminary hearing.

The shooting suspect was 93-year-old Robert Thomas who reportedly came to the office because he was upset about water damage and flooding in his apartment.

Thomas was arrested in the shooting and the victim in the incident was treated at a local hospital.

UPDATE JAN. 4: Las Vegas Metropolitan police officials have identified the officer involved in the shooting on Jan. 2 in the 4000 block of West Viking Road as 45-year-old Officer Ronald Hornyak.

Hornyak has been employed with the department since August of 2004.

He is assigned to the Spring Valley Area Command and has been placed on routine paid administrative leave pending a review of the incident.

LATEST: Bail has been set for the 93-year-old man accused of shooting a worker at the Vista Del Valle apartment complex on Thursday.

Robert Thomas, who has been a Las Vegas resident for 30 years, appeared in front of a judge on Friday afternoon. He will be released on mid-level electronic monitoring if 15% of the $25,000 is posted.

A defense lawyer told the court that the incident may have happened due to mental illness. Thomas told the court it has been 2-3 years since he saw a doctor.

Thomas has no family in Las Vegas. He was also ordered to stay away from the apartment complex if released.

Prosecutors told the court that Thomas reportedly told police that he would do it (shoot the worker) again while being arrested. Thomas told the court he didn't want to kill the work, just mess him up a little.

Robert Thomas, 93, has been booked into the Clark County Detention Center, according to police booking logs. His charges include attempted murder, discharging a gun in a structure, carrying a concealed weapon, kidnapping, and burglary with a deadly weapon.

Thomas is scheduled for a 1:30 p.m. initial court appearance Friday.

The incident took place at the Vista Del Valle apartments, located in the 4000 block of West Viking Road, at about 9:10 a.m.

Officers were called to the scene after they were informed of an angry resident confronting an employee at the complex.

Officers with @LVMPD are investigating an OIS on the 4100 block of W Viking Rd. Avoid the area. @KTNV pic.twitter.com/6zJJs5GPVq

An officer fired at the resident, who was armed, after hearing gunfire and spotted him in an apartment office.

The suspect then put down the gun, and officers were able to take the resident into custody.

Authorities said the man was not hit, but the bullet did graze his clothes.

The maintenance worker involved was found at the scene with multiple gunshot wounds and transported to the University Medical Center but was expected to survive.

Police did not release an immediate motive for the shooting as the incident remains under investigation.