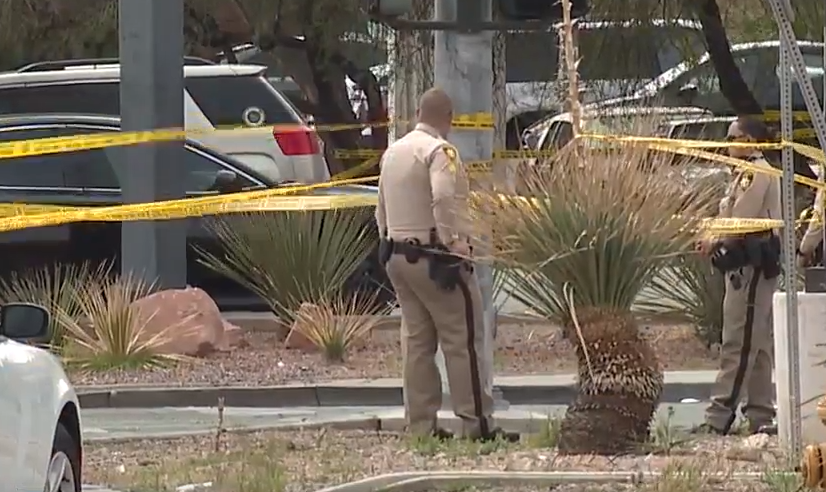 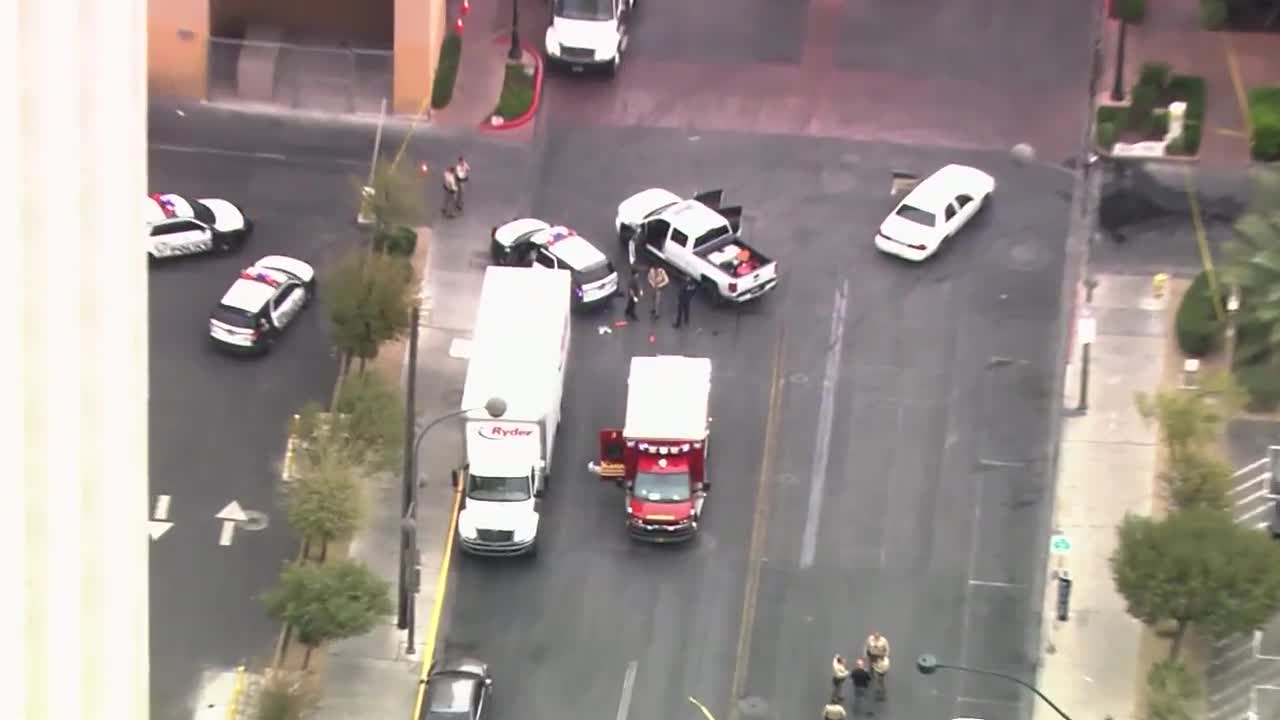 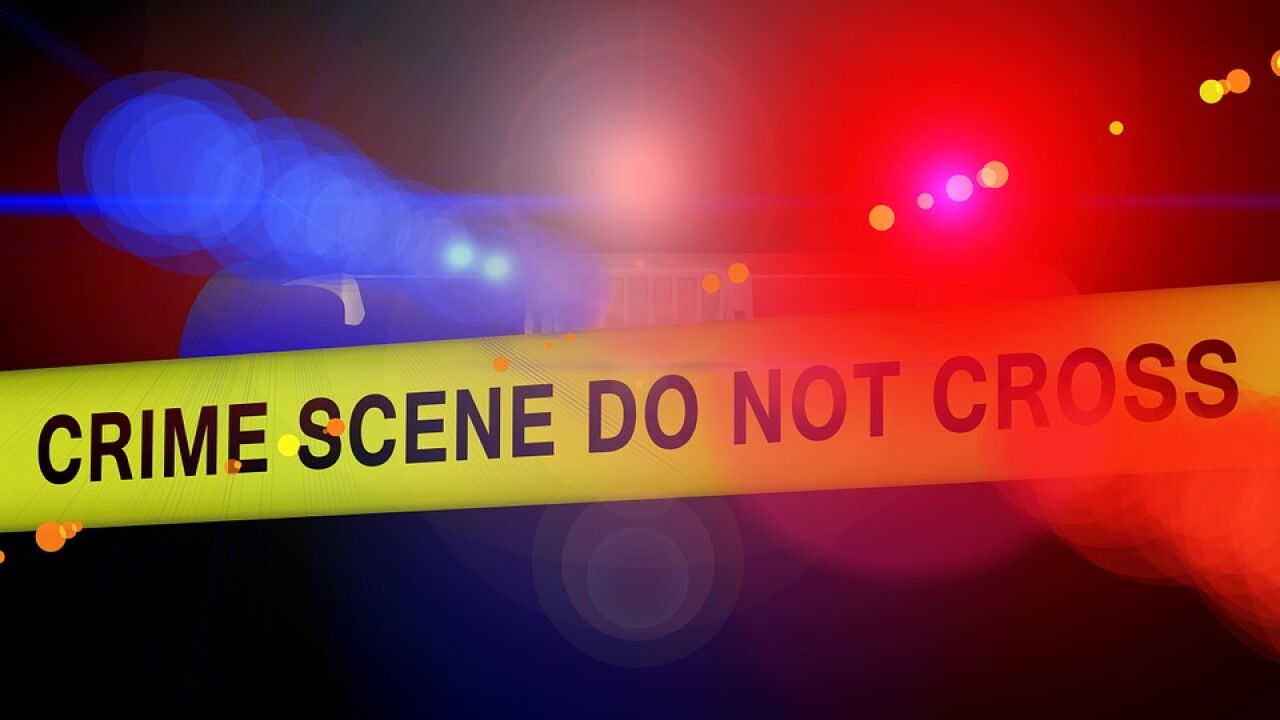 UPDATE 12:28 P.M.: An inmate at Clark County Detention Center attempted to escape from police custody this morning, leading to a shooting and a police chase downtown, according to Las Vegas Metropolitan Police Department.

The inmate was being escorted to a medical facility for a routine procedure. After the procedure, the officer and the inmate were leaving the facility when a white pickup pulled up nearby at a mobile car wash.

Two people exited the pickup with the doors open and the suspect jumped in the truck and began to pull out of the parking lot.

LVMPD Capt. Nichole Splinter says the suspect is a known violent citizen who was scheduled for sentencing today for a "list of violent crimes." Splinter said the police officer, fearing for the public's safety, fired 3 shots hitting the truck. One shot went through the vehicle and hit the suspect in the left shoulder.

“My car is no where near drivable! I heard about 3 gunshots before he rammed me like 5 times. He was going about 45 miles per hour,” Chelsea Silcock said. ⁦@KTNV⁩ pic.twitter.com/Bn4nmkxkmh

The pickup ran out of gas in the downtown area and the man was taken into custody near Main Street and Carson Avenue.

According to sources, the inmate is Gregory Ganci, also known as Christopher Ganci.

This is the seventh shooting involving Las Vegas Metro Police Department for the year.

Watch the full police update below.

Steinberg Diagnostic Medical Imaging says it is on lockdown and released the following statement:

We are cooperating fully with Metro regarding an incident that occurred today outside our facility on Maryland Parkway. Currently, our facility is on lock-down at Metro’s request, and all patients, staff and employees are accounted for and being attended to. Patients who have appointments today at our Maryland Parkway office are encouraged to call 702-732-6000 before they come to ensure their appointment will occur. We will contact all patients with missed appointments as soon as possible to reschedule. We apologize for this inconvenience. As always, safety is our first priority.

The incident started around 8:30 a.m. and ended about an hour later in downtown Las Vegas near the Golden Nugget. Several streets in the downtown area were temporarily closed.

Due to police activity, some streets around the RJC have been temporarily closed including: Bridger, Ogden, Carson, and Main, as well as the area around the Plaza Hotel. pic.twitter.com/Stc06iyODb

No officers were injured and one person is in custody. That person was transported to the hospital in unknown condition.