Police are looking for eight people possibly connected to a deadly stabbing at The Grandview timeshare resort in Las Vegas. More: https://www.ktnv.com/news/crime/las-vegas-police-investigate-homicide-at-the-grandview 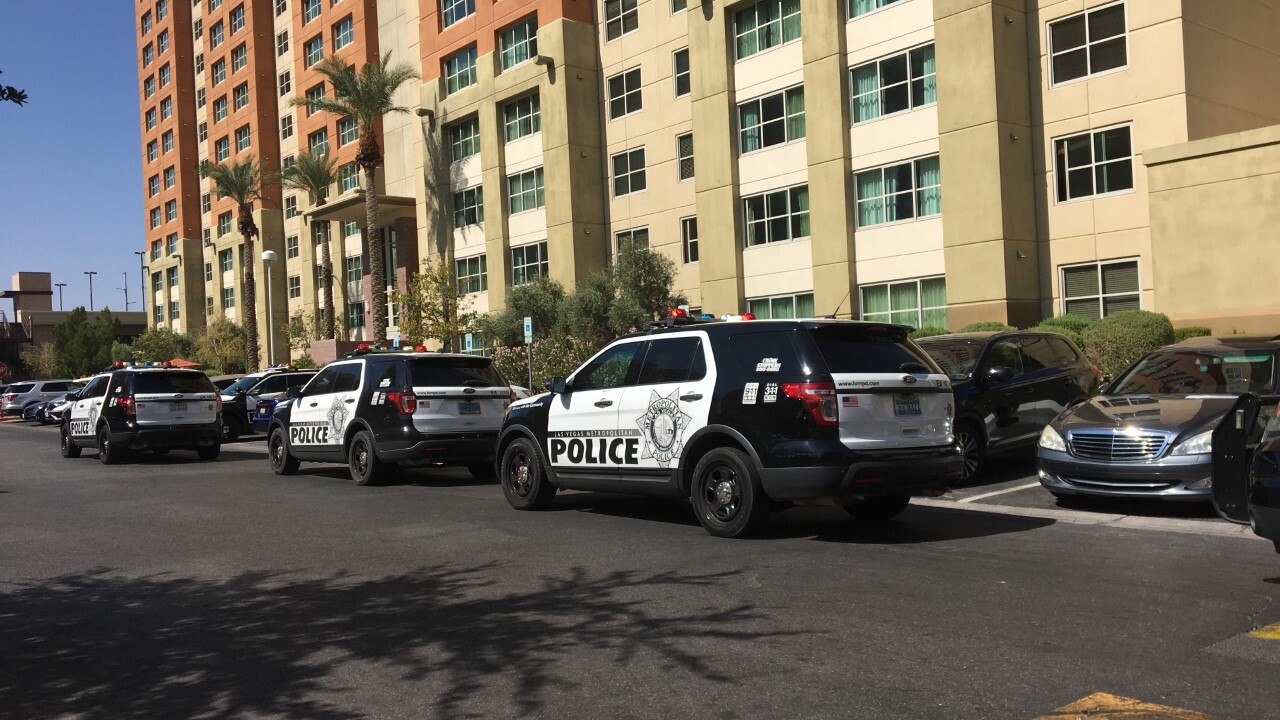 LAS VEGAS (KTNV) — UPDATE OCT. 7: The Clark County Coroner has identified the deceased man as 36-year-old Kimble Bernard Turner from Las Vegas. Turner's death was due to a stab wound to the chest and it has been ruled a homicide.

Police are looking for eight people possibly connected to a deadly stabbing at The Grandview timeshare resort in Las Vegas.

Officers responded to reports of a man who had been stabbed in a hallway at the property on South Las Vegas Boulevard, near the Interstate 15 and Silverado Ranch Boulevard, around 11:30 a.m.

Upon arrival, police say they discovered a man in his mid-30s suffering from stab wounds on the 9th floor. He was pronounced dead on the scene.

That man's identity will be released by the coroner's office.

Investigators say the man and a woman arrived at the resort to meet a group of people celebrating a birthday in one of the rooms.

When the two knocked on the door, police say, a fight broke out between one of the men in the hotel room and the woman who was with the man killed. She was punched in the face and knocked to the ground.

Police say a group of people came out of the room and chased the man down the hallway, where he was stabbed and collapsed.

Police are looking for up to eight people who were all seen leaving the room. They are described in various age ranges.

Police ask anyone with information to reach out to authorities. To submit a tip anonymously, call Crime Stopper at (702) 385-5555.

Area near the investigation: