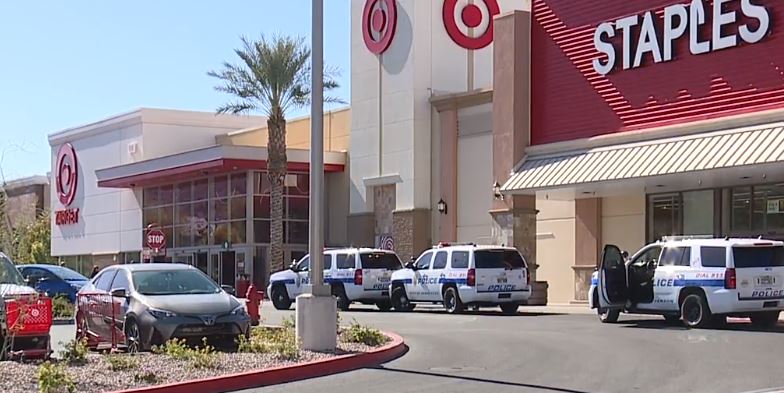 Officers responded to a Target shopping center, located in the 600 block of S. Green Valley Parkway, near Horizon Ridge Parkway.

Police said they responded to the incident at about 11 a.m. after reports of a person had a firearm at that location.

Officers said a man had a gun at the store, and he was eventually taken into custody after their on-scene investigation.

The man, later identified by police as 55-year-old Gregory Munoz, pulled out the gun after an apparent road-rage incident that involved a parking spot, according to initial reports.

Police said no serious injuries were reported in the situation, but people may have fallen while attempting to get away while the scene was active.

Munoz is facing felony charges that include an assault with a deadly weapon.

The Henderson Police Department said the incident remains under investigation.