Henderson police are investigating a kidnapping call that turned into a shooting involving an officer Thursday night. 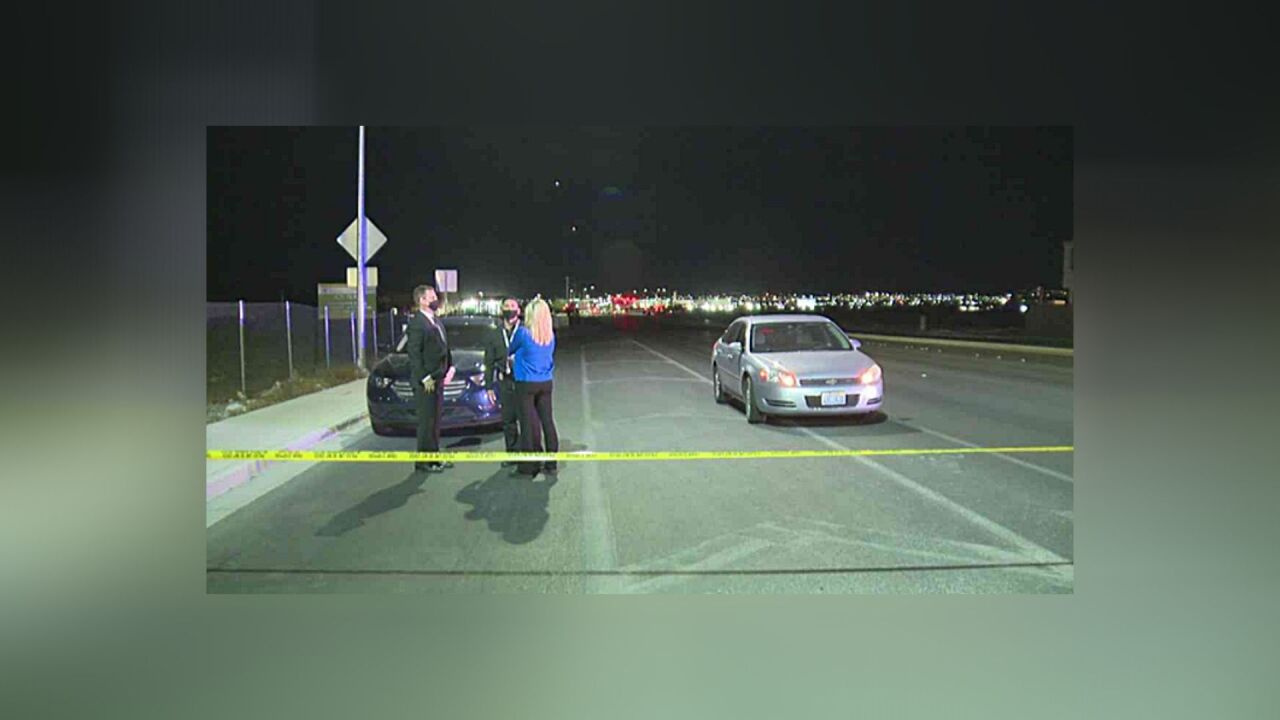 HENDERSON (KTNV) — Henderson police are investigating a kidnapping call that turned into a shooting involving an officer Thursday night.

Henderson Lt. John Plunkett told the media that dispatchers received a call at around 6:10 p.m. from a man saying he was kidnapped but able to escape near Lake Mead and Boulder Highway.

The caller then informed authorities about the man involved in the incident along with what car he was driving and that he was armed with a gun.

Officers located this vehicle nearby the caller's original location, but the driver failed to stop, and a short police pursuit ensued.

The vehicle then crashed at the intersection of Galleria Drive and Boulder Highway. The driver exited the car, and shots were fired.

Lt. Plunkett said the man was struck multiple times and transported to a local hospital, but his condition remained unknown at the time of Thursday's press conference.

No officers were injured in the incident.

Boulder Highway north of Sunset Road was closed for a few hours while the Henderson Police Department conducted its on-scene investigation.